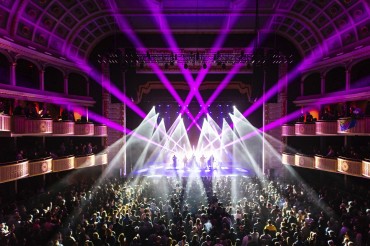 Music is, and always has been, an essential element of Philadelphia’s cultural identity

The city’s music scene is as wide-ranging and all-inclusive as its diverse population and the best way to experience the energy is at a live music venue.

A city filled with arts, culture and history, Philadelphia is an eclectic mix of old and new with historic venues such as the Academy of Music (the first opera house in the United States) to new state of the art concert halls to repurposed and renovated buildings.

The City of Brotherly Love is the place where nearly every big name artist had their break in the 1960’s and 70’s on American Bandstand, the birthplace of Chubby Checker’s “The Twist,” and where Ruffhouse Records was founded, responsible for redefining hip-hop in America. Marian Anderson was one of the most celebrated contraltos of the 20th Century. Jazz clubs in Philadelphia nurtured greats like John Coltrane, and Soul music would not exist as it is today had it not been for Gamble and Huff and Philadelphia International Records.

Philadelphia is famous for homegrown talent like Hall & Oates, Teddy Pendergrass, The Roots, Will Smith, Schoolly D, and many others. In 1985, Philadelphia and London hosted the dual-venue benefit concert, Live Aid, to raise awareness about the AIDS epidemic. Since, Philadelphia has fostered innovations in classical music, opera, R&B and hip-hop, jazz, dancehall, and other genres. Though Philadelphia’s musical history and heritage pre-dates the city itself, music is alive and well and very much the heartbeat of the city today.

The Kimmel Center for the Performing Arts 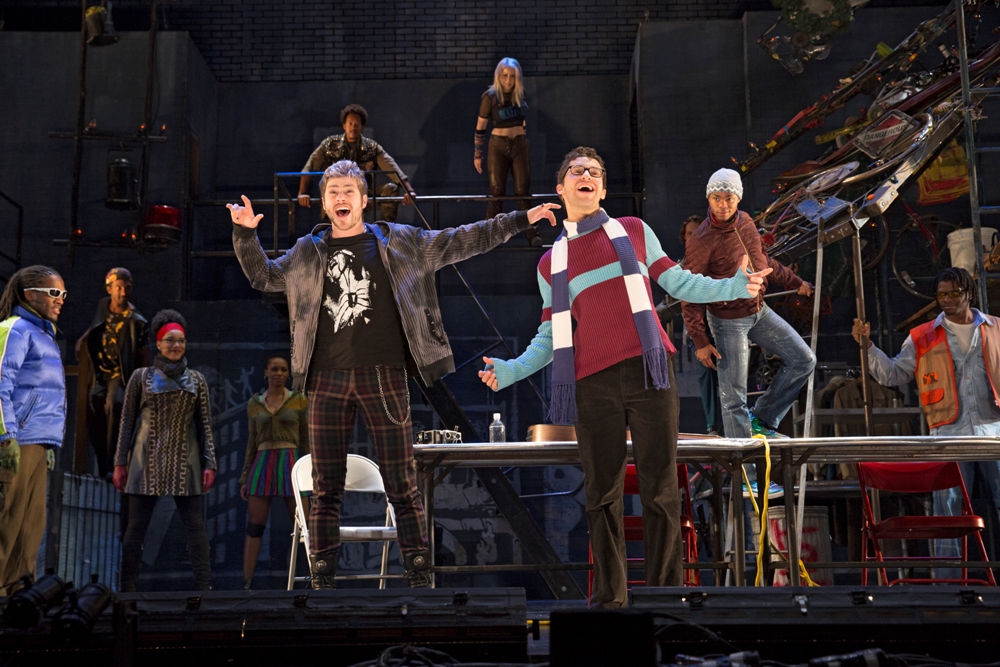 Located on Philadelphia’s Avenue of the Arts, the Kimmel Center for the Performing Arts is home to the Fabulous Philadelphians – the world-renowned, Philadelphia Orchestra. The symphony, known for the “Philadelphia Sound,” was made famous by the legendary Leopold Stokowski, one of the leading conductors of the 20th century. The Center also hosts a variety of world pop and jazz performances, along with classical music performances by the Philadelphia Chamber Music Society and the Curtis Institute of Music.

The Mann Center for the Performing Arts 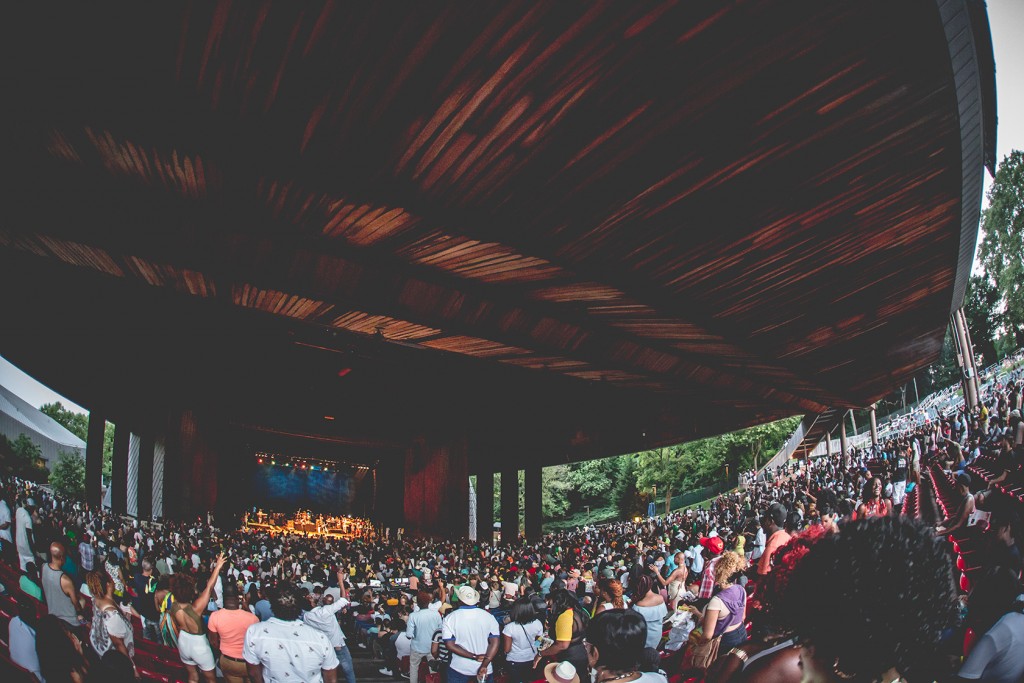 Situated in historic Fairmount Park, the Mann Center is a 20-acre outdoor venue where Philadelphians and visitors have enjoyed concerts for decades. The venue is especially attractive during their outdoor summer concert series. The Philadelphia Orchestra has its summer residence at the Mann.

For over 40 years, the Franklin Music Hall (formerly Electric Factory) has been a premiere indoor venue in the city that has welcomed the top names in entertainment covering all genres and musical tastes.

Underground Arts is an intimate two-room, 12,000-square-foot venue that is designed to cultivate and support the local music scene, as well as to attract international and national talent. 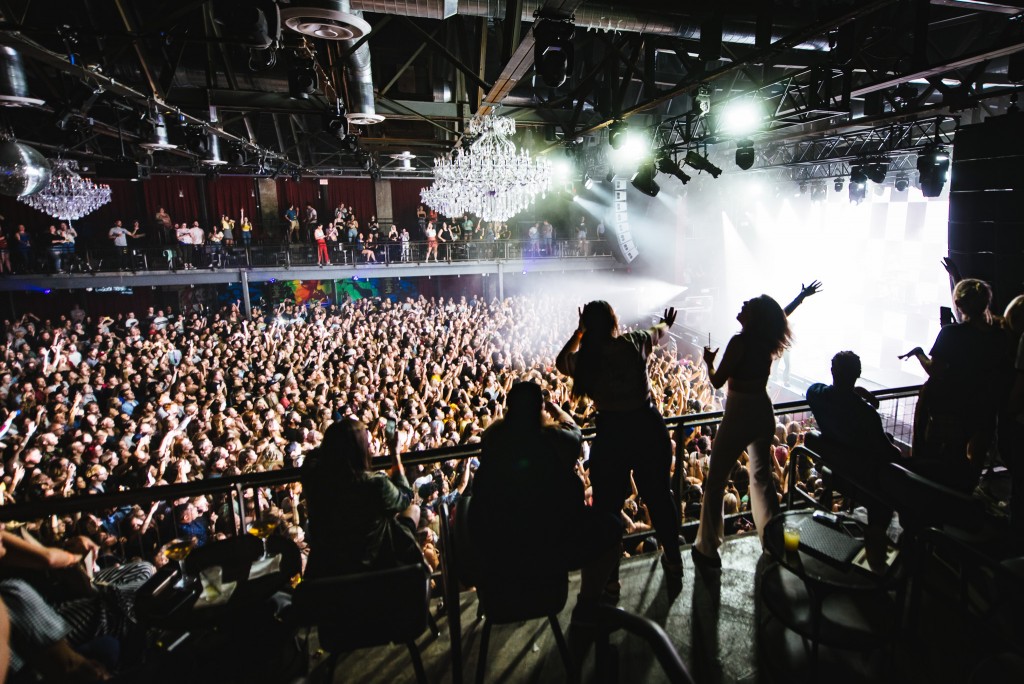 Affiliated with the iconic theater of the same name in San Francisco, the Fillmore is a spectacular, multi-faceted venue with a 2,500 spectator capacity.

Encompassing all of the personality of its surroundings, the TLA is the centerpiece of Philadelphia’s famous South Street area. Originally an art house movie theater, the TLA has been Philadelphia’s premiere small concert venue for decades.

On the site of the former Philadelphia Metropolitan Opera House on North Broad Street, the 1908 Oscar Hammerstein-designed building has been transformed into a modern performance venue and has now become the city’s largest performance and theatrical stage, managed by Live Nation. The Philly POPS is the Principal Orchestra of the Met Philadelphia.