> Relationship > Dating & Breakups > 9 Hints He Will Not Marry You! 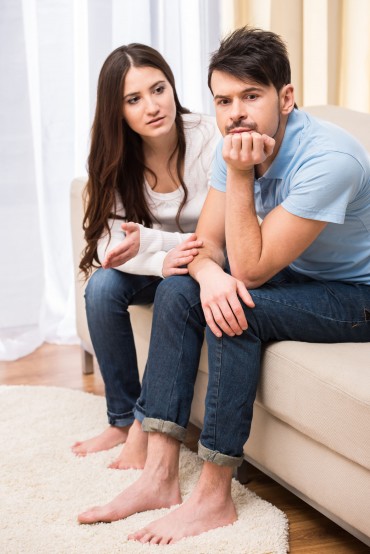 9 Hints He Will Not Marry You!

Vandana Singhal
Guest Writer, Women Planet
A writer and blogger, I am a freelance writer at WomenPla.net. With more than 8 years of experience as a writer, I have written for various websites, article directories and magazines. I have written several articles about relationship and self growth topics.

In this age and time, people want everything instantly with a sense of urgency and once they have it, they get bored and want to buy something new. For any doubt, just Google every season, Get New Fashion, New Trends and Replacement Offers for exchanging your old stuff with its latest model. People simply want to get rid of anything that becomes less exciting or outdated.

The same attitude starts reflecting on relationships. With fast moving life, people do not want to invest time or effort in nurturing relationships. When two people are seeing each other for some time, marriage can be a possible outcome. However, it is not easy for everyone to get into a permanent relationship like marriage and thus, he or she shies away from this thought. Many couples avoid discussing marriage even after being in a long relationship. Every time, the girl tries to know his views about their marriage, the boy just dismisses it. So now, if you are serious, you need to understand the hints why it is happening.

Let’s help you understand the cues that Highlight the Fact: He Will Not Marry You!

Since you are dreaming marriage with him, obviously you would want to discuss your thoughts with him. But, he never seems interested. Whenever you start the topic, he simply avoids it or gives a rude look or he says he is tired or wants to relax. Worse for it is the topic never comes up during your dating period.

When you want to inquire about his whereabouts or why he did not pick your call or other such things, he does not like it or gets rude and yells at you. Since you are not as important to him and he does not want to give you the right to be possessive about him, take this as a pointer that he is not into you as you are into him.

Have you ever noticed who makes efforts to keep in touch? Who keeps calling or texting? Only you! He never calls or even calls back to answer your calls. Even if you call, he pretends he is busy. What is this?

He is clearly avoiding you. Forget marriage!

Whenever you people hang out with his friends, they do not give you the attention they should when they know that both of you are dating. This might happen only because they know that their friend (the boy) is not serious about you.

Whenever there is a fight between both of you, he tends to ignore you, stops talking to you. You become distressed, but he is still having fun. He hangs out with his friends just to cause you pain. He will not listen to your efforts to patch up and walks off just like that. This can be one important sign that he wants to break off with you.

Marriage is about sharing and caring; everybody will agree to it. However, can you see this attitude in him? He does not want to share anything with you, neither his views nor his belongings. He wants you to leave the apartment and even he does not want to keep any of your belongings too. He does not want anybody to know that he is in a relationship with you.

Again, he does share details about his money. He is cautious about his money or he does not give you enough importance that he should discuss important things of his life with you. There is no question of sharing an account even if you are earning well.

Whenever, he makes plans, he does not include you. He talks about his career, his dreams, his retirement plans and even his marriage plans, but you are nowhere!

Do you think, he is serious about your life together?

Whenever you pick the topic of a meeting with his family or his meeting with your family, he just brushes it off. He is not interested at all! It is one clearer hint that he will never marry you.

When you get even five of these hints, they are enough for you to know that your man is not interested in marrying you. So Lady, Move On and Stay Happy!!