> Being Bride > I Was Asked To Be Shy During My Wedding – Laughingly, I Refused! 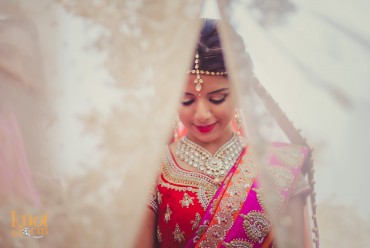 It’s been a few weeks and I am wondering that is this the new change I was looking for? A month from the most awaited day of my life, the one for which not just me but the entire family stood rock against the social stigma that they believe inter caste love marriage is, I question myself was it worth that energy, time and money?

At some point of the time I believe it is, perhaps because I have stepped into the most loved-hated and yet sincerely followed system of the society. Marriage!! Beautiful the word is, with a possible spell itself, it creates a hypothetical picture of the vast background bedecked with flowers, walls with ancient Indian traditional paintings, musicians playing the folk tunes, aunties gossiping at the back with family members scheduling the pending to-do lists, children chaos as an add on to the shehnai’s, with the aroma of henna in the air and designs on the hands, sitting there is a beautiful bride or a handsome groom on a decorated horse.

It’s all wow, flawless and gleaming until you are imposed with many challengeable beliefs which you always hated to be followed. In an Indian Society, well I should cut it down to the Indian marriages, Husband is the incarnation of Lord Shiv and the Bride as Goddess Parvati who have had million years ago coined the system of marriage. While the gods, as written in the ancient scriptures of ours and shown on the television, encouraged equality and completely respected their better half’s image and the sole presence in the society the way it was; however, the same is still involving in the modern world of ours.

While the wedding is still on, someone from the distant family asked me not to speak, the reason is I am the bride and I should appear as a shy sanskari beti. But, why shy? It’s my wedding and the people whom my family has invited for a plate full of food, to critic the arrangements and to be the witness of my marriage, to permit us to have babies terming it as socially legal are enjoying nothing but of course US!! Should I remain coy in the entire process of my wedding, for which I was waiting since say 7-6 years because yeah… finally I am getting married!! Or because everyone knows that yes, me and my husband are going to have sex tonight and I should convey Indian sanskar and not let sheer happiness cover my face?

Then I was made to listen the pandit chants, the powerful wedding Mantras as vows, beautiful and so rightful they are, but sadly it remains stagnant in that four wedding pillars that surrounds the bride and groom. It talks about the happiness, the struggle, freedom, equality, love, progeny and the support which has to be mutually given and taken; however, the society expects the women to be the generous giver and a bit of taker, the one who needs to be shaped according to mold.

It was the next morning after the wedding day I and my husband checked out of the hotel. I receive a call from one the family member.

Hi, how was your first night?
Blushingly, I ignore the question, personal isn’t?
ok, don’t say.. what are you wearing right now?
For a second I thought wrong question asked by wrong person to the wrong person! Jokes Aside!!
I said, “A Punjabi Dress!”
To my surprise, well not much as I knew a bit of this would come!
“‘What?’ Dress? Why? You are newly married and you should wear a sari, compulsorily!!Agreed! I should look like a newlywed bride; however, how should I say that I do not know how to drape a sari. Because if I say so, shock on the other side and I would have been termed as someone who wasn’t eligible for marriage!

I believe walking with the culture, traditions and the rituals are inevitable and respectful; however if it is hampering your freedom, your comfort, your rights on yourself then I am sorry I would love to be called as a 27 year old unsuitable match to my lovely husband! I consider giving respect, freedom, love and care, isn’t this important to join a new family without me changing myself? 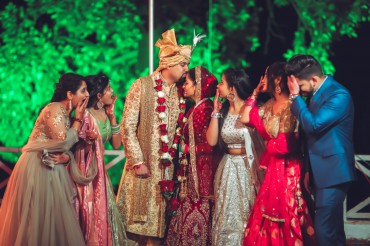 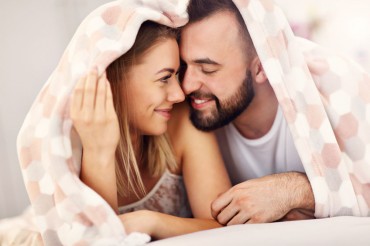 What To And Not To Do On Your First Night – A Gynaecologist’s Tips
Dr. Anagha Karkhanis 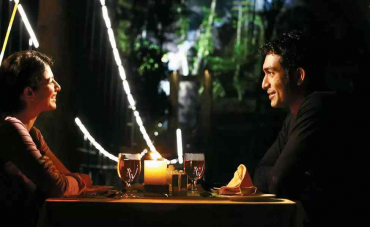 What to Wear On an Indian Date
Nimmy Binson 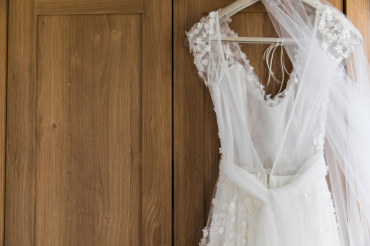 Saying Yes to the Dress: Bridal Designers You Should Know About
Madura Joshi