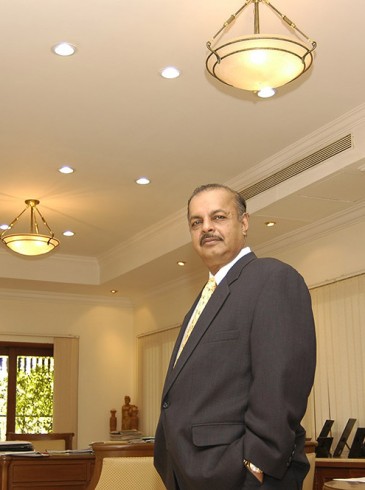 Dr. Muhammed Majeed, Founder & Chairman of Sabinsa/Sami Labs, is a researcher, scientist, entrepreneur and a pioneer in bridging Ayurveda and Modern Science to benefit lives across the globe. Dr. Majeed introduced the Americans to “Ayurveda”, the traditional Indian medicine that acts as a complete curative to their various ailments. After persistent efforts by Dr. Majeed they started recognizing the potential of Ayurveda and termed it the ‘Alternative Medicine’. By 2000 it became popular as the ‘Complementary Medicine’ and now it is called as the ‘Integrated Medicine’.

Dr. Majeed, a native of Kollam, Kerala, after taking B Pharm from Trivandrum Medical College, went to US in 1975 to take MS in Pharmacy and PhD in industrial pharmacy. He worked with some of the major pharmaceutical companies there which earned him valuable experience in the latest technology in healthcare product formulations. After 14 years of working with reputable names in the American pharmaceutical industry, Dr. Majeed first set up Sabinsa Corporation in New Jersey, USA in 1988. In 1991, He set up Sami Labs Ltd in Bangalore, which does ground-breaking work in unlocking the mystery of herbs, extracting the goodness and gifting the world with good health, by combining ancient Ayurveda and modern medicine. Its research facility in Bangalore has over 200 scientists involved in specialized work in areas of phytochemistry, organic chemistry, biochemistry, tissue culture and plant biotechnology.

Backed by over 110 international patents, the company’s products include protein, fibers, curcumine, probiotics, sport nutrients, diabetic and metabolism management products, cosmeceuticals which include 50 plus natural beauty care products. It’s  one of the largest manufacturer as well as marketer of herbal extracts, nutritional /dietary supplements and cosmeceuticals across US, Europe, Japan, China, Australia, UAE, South Africa and Malaysia.

Both Dr. Majeed and the Sami Group have been honored numerous times over the last two decades with Awards and Recognitions. Few of them are:

Proteins – Are You Having Enough Of This Essential Nutrient?