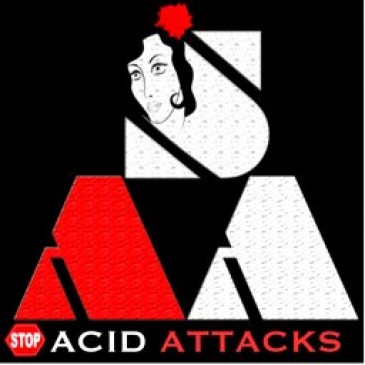 Fight for Life… Fight for Right…Fight Against Acid attacks!

Acid attacks are a shame, a sin that is very easily forgotten in a country like India with no judicial law created to punish the offenders. One attack and the life, looks and confidence of a person are easily shattered like a house of glass shattered by a stone.

Stop Acid Attacks (SAA) is an honorary campaign initiated to fight against acid violence. It is the bridge between the acid attack survivors and the society that hesitates to accept a survivor, but accepts the criminal easily. The campaign is designed to research and track acid attack cases in the country, bringing out the pain and reality of the survivors to the masses. They provide immediate medical, psychological and financial support to the victims, allowing them to fight for justice which is otherwise not provided by the law, unless announced by the court.

Backed by a team of enthusiastic journalists, activists, celebrities and politicians, SAA aims to create an impact on the society and fight against acid attacks.

For more details about the SAA you can visit the website StopAcidAttacks.org

Valentine’s Day – Fight Against Evil With A Black Rose