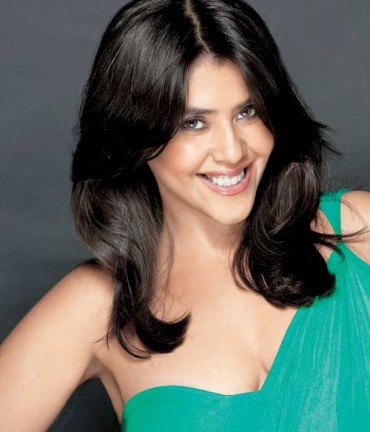 Birthday Special: Ekta Kapoor – The K Factor And Her Success

Right from Kyunki Saas Bhi Kabhi Bahu Thi and Kahaani Ghar Ghar Ki… to the recent Bollywood Blockbuster films like Once Upon a Time In Mumbai… Ekta Kapoor and her production house, Balaji Telefilms has come a long way. She is the face and the brains behind almost all Balaji daily soaps that you watch on the small screen. Hated by the men folks for producing soaps that keep the housewives engrossed into the TV and loved by millions for her interesting entertainment programs, Ekta Kapoor is a phenomenon in the Television industry. But above all, she is one of the most successful entrepreneurs in the small screen and has also been titled as the Soap Queen of India for more than 14 years now. But has it all been easy for Ekta or were there hurdles in her path to success?

Ekta Kapoor and the making of Balaji Telefilms

An obese kid who loved watching TV, Ekta as a child was comparatively poor in her education. She loved watching films and programs on the TV. But, after she earned her Bachelors degree in commerce, Ekta made efforts in getting into the ad and film making world. However, this initial was unsuccessful and Ekta had to try new way to start doing work. In 1994, she started her own production house, Balaji Telefilms and made 6 pilots of 3 episodes each. However these first programs were a failure but with Hum Paanch (1995), her production house got noticed and the success she had only dreamt about.

Soon, she started shows like Mano Ya Na Mano (1995), Dhun Dhamaka (1996), Captain House (1998), Padosan (1998), Itihaas and many more. Almost each of these programs was fairly successful with a decent number of viewers across the country and abroad.

But, the turning point came in 2000, when she launched two epic soaps namely Kyunki Saas Bhi Kabhi Bahu Thi and Kahaani Ghar Ghar Kii. The success these two soaps fetched her was beyond expectations and hence started the ‘K’ Factor in all her soaps.

Then came along a huge twister of soaps all starting with K. These included, Kkusum, Kaahin Kisiii Roz, Kabhi Sautan Kabhii Sahelii, Kalash, and several others. Each of these soaps ran on the television for almost a few years and yes, the public loved them. There was a time when almost every member of the family would sit down in front of the TV, leaving aside all other work just to watch these daily series.

By 2005, Balaji Telefilms had a monopoly in the Indian television and Ekta Kapoor had become the Director and also the member of the shareholders committee of Balaji Telefilms. 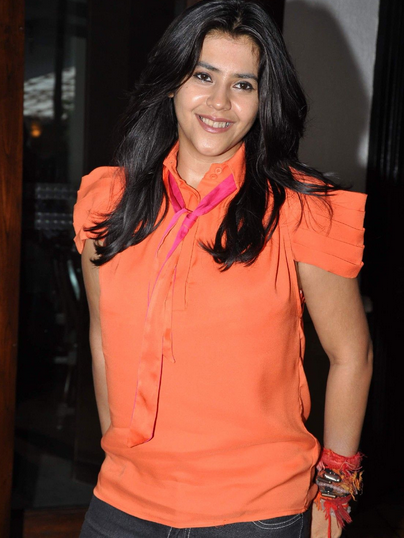 With her success in the Television industry touching the sky, Ekta had already produced 4 films in bollywood which didn’t do much business in the BOX Office. But in 2005, her film Kya Kool Hi Hum starring her brother Tusshar Kapoor made great collections. The film was loved by the younger generation. With this, there was absolutely no turning back for Ekta. She then went on to produce films like Shootout at Lokhandwala with stars like Amitabh Bachchan, Sanjay Dutt and Suniel Shetty. In addition to these, she took the bold decision of producing a film named Love Sex aur Dhokha with Dibakar Banerjee which was highly acclaimed.

By this time, Ekta was titled as the Soap Queen of India, and Balaji Telefilms had become on of the major production houses in Bollywood. Until now, all her films were moderately successful and earned her good money at the Box-Office. But, in 2010 she released Once Upon A time in Mumbai a movie that was largely loved, followed and appreciated by filmmakers and movie lovers across the country. This film earned a gross amount of 58 Crores which was until then one of the largest collections for Balaji Telefilms. Next came horror flicks such as Ragini MMS and more, each doing decently good at the Box Office.

Today, she is an inspiration to millions of women across the country and world who wish to make their dreams come true. She has several awards to her name and has also been awarded as Asia’s Most Powerful Communicators by the AsiaWeek Magazine.