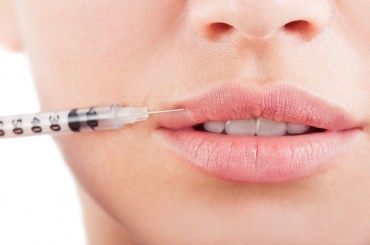 Rimpal Parmar
Team Women Planet
Rimpal Parmar, a simple little girl working hard with her expertise with social media marketing and writing. She has her own ways to express her thoughts with world. Health is something very important to her and takes it as a first priority of life.

There is a lot of interesting information about botox that people don’t know. Most people believe botox is only used for beauty treatments, but his is far from true. In this article, we have going to show you 7 interesting facts about botox.

This article was originally posted in the website botoxbehandling.no, but we have translated it to English.

Although botox was approved as a drug in 2002, the drug is actually a toxin. Botox is the brand name of the botulinum toxin, which is produced by the bacterium clostridium botulinum. Botox is a poison that can kill a normal human being. According to many historians, it was also considered used as a biological weapon during World War II.

However, there is nothing to worry about if you plan to do a botox treatment. To be fatal, the botox injection should be between 0.09 and 0.15 µg, while the injection for medical use only is 0.00073 µg. Because of this there is nothing to be afraid of. Botox is actually associated with very few side effects, see below in section 3.

Wrinkle treatment works by injecting botox with a small needle into the muscles that lie just under the skin. The muscles will then be paralyzed and the skin over will become smoother and the wrinkles will normally be reduced.

Botox normally has very good effect against wrinkles, and this is the main reason for the extreme growth of botox treatments in recent decades.

Side effects are typically being red and swollen in the treatment area, getting small bruises, swelling, etc. Some other more serious side effects may occur, but are unusual. Note that this is not an exhaustive list and that you must consult with the therapist in each case, as no person is equal.

Botox is not just a drug for beauty operations. Botox is also a serious drug used to treat a variety of difficult conditions. Among other things, botox is often used as a means of reducing excessive sweating.

Sweating is quite normal and is the body’s natural way of cooling the body, but around 1-3% of the worlds population sweat so much that it becomes a burden in everyday life.

The treatment is done by injecting botox into the sweat glands just below the skin. This will reduce the production of sweat.

Botox against sweat is normally a very effective form of treatment and is normally injected under the armpits, forehead and/or under the feet.

Botox is also often used as a treatment for migraine. Migraine is a major problem in the world. The disease can destroy lives and also costs millions of dollars.

The effect of botox against migraine is variable. For some it has a very good effect. Others notice less effect.

Many believe that botox lasts permanently. This is wrong. The effect of a botox treatment normally diminishes over time, whether the purpose of the treatment was to reduce wrinkles, sweating, migraine, etc.

How long botox will have an effect will vary according to person and treatment, but normally the effect will last between 6-9 months.

Botox treatment with wrinkles has been known in some professional circles as a “lunch treatment”. The reason for this is that a botox treatment normally go very fast. A treatment rarely takes more than 15-30 minutes.

In addition to going fast, a botox treatment is also relatively painless. The needle is thin and it will normally feel like nothing more than a mosquito bite. Once the treatment is complete, you can normally continue your daily tasks as usual.

How can a paraphrasing tool assist you in writing?