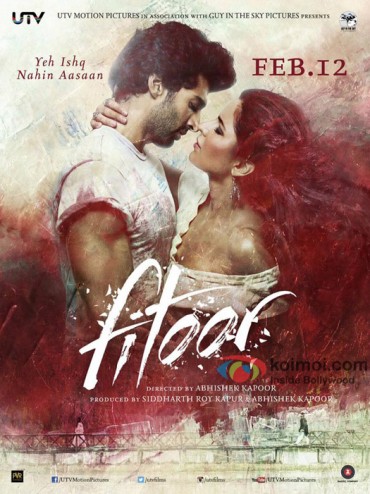 How rare is it, a beautiful story that has been adapted perfectly and reaches out to its masses just as expected!! Very Rare!!

Fitoor is one classic film, made spectacularly by its director Abhishek Kapoor! Hats off!! The film depicts the mesmerizing beauty of Kashmir in a way that has never been captured before. Loosely based on the book Great Expectations by Charles Dickens, the film is the story about Noor (Aditya) an orphaned boy who is brought to the Begum’s (Tabu) palace and instantly falls for the Begum’s daughter Firdaus (Katrina). The story weaves through beautifully, until it is rocked by a few blasts that are really terrorizing and makes us feel sad about the fate of Kashmir! Post this, Firdaus is sent to London for her education while, a now 23 year old Noor gets a scholarship to pursue his art further in Delhi where he accidentally crosses his path with Firdaus. Will she break her heart or stay with her forever…?? For that you need to watch the film.

Performance wise, it is only Tabu and Aditya’s acting skills that help the film rise up above the expectation level. Katrina, plays her character well and surely deserves appreciation. However, when it comes to her expressing emotions, you can feel her discomfort in the scenes. While Aditya on the other hand is a phenomenon to watch. You can see him putting in all his heart and soul into the film. Even the supporting actors, including Aditi Rao Hydari, Lara Dutta, Ajay Devgn and Rahul Bhat resonate energy on the screen every time they are pictured.

Overall, you will surely enjoy this classic if you are a true lover of sensible Bollywood films.