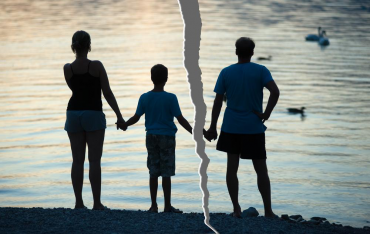 We all know someone who has ended up back at financial square one after a messy and bitter divorce. The end of a relationship, be it a marriage, long-term domestic partnership or same-sex partnership can leave once loving couples in emotional, psychological and economic tatters. Between the division of assets, legal costs and court fees, separating partners can not only destroy their own futures but also, any chance of preserving some degree of civility and cooperation moving forward. Financial stability plays a significant part in any individual’s long-term happiness. The loss of this stability, particularly where children are involved, can be devastating for everyone. Let’s look at some ways that the economic impact can be minimized:

Stay Away From Court

Few experiences are guaranteed to drain your bank balance more than pursuing a settlement agreement through the courts. The vast majority of people leave court dissatisfied with what their asset split, most of which ends up in their lawyers’ pockets. Alternative resolution methods, such as Collaborative Practice can significantly reduce the crippling legal expenses. Originating in the US Midwest, the practice has taken off around the world. From Melbourne family lawyers to mediators in the Czech Republic, legal professionals everywhere are fast turning to this fast, efficient and cost-effective form of settlement.

Few things could be less romantic for a loving couple preparing for their big day than sitting down to work out what happens if and when they split up. Every couple believes that their union will last forever and it can be incredibly confronting to sit down and work out how things will play out if that does not turn out to be the case. However, rest assured that you are decidedly better off working out how any assets will be split while your partner loves you than after separation when feelings are inevitably less friendly. Separation and divorce can bring out the worst in people and once loving couples can end up seemingly hell-bent on destroying each other. Taking the difficult step of putting an agreement in place while you still have each other’s best interest foremost at heart can save so much anguish and damage.

In the heat of the battle, couples can frequently end up in desperately fought pitched battles over minor matters. A friend of mine once spent upwards of $5,000 fighting to get back a bookshelf worth $300. The ex-husband of another woman that I know took her to court and committed over $10,000 in an unsuccessful attempt to gain one extra night with their children over the school holidays that year. The financial and emotional cost of these kinds of frivolous actions can be devastating. By focusing only on the larger, more meaningful issues, couples can save themselves much heartache and save themselves thousands in unnecessary legal fees.

Get it Right First Time

Another advantage of avoiding courts is that other methods of resolution typically allow for more time and calm for the former partners to think through each aspect of the settlement. Anyone who has negotiated in court will tell you that the pressure from judges and lawyers to finalize a deal led them to agree to things that they would not have, had there been more time to consider. The sad outcome of this is that far too many couples end up back in court trying to rectify loopholes in parenting plans and financial settlements that didn’t have to be there in the first place. Court is no cheaper the second time around. Staying out of it is, therefore, imperative.

The loss of a relationship is confronting and challenging enough without having to factor in the economic market. Minimizing this can go a long way to ensuring that your and your children’s futures are far better protected.