> Exclusive > My Voice > Yoga Is Discipline For Shilpa 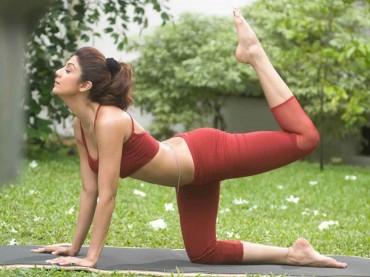 Yoga Is Discipline For Shilpa

It’s international Yoga Day and one person who can’t be missed out on this day is Bollywood actress and Yoga enthusiast Shilpa Shetty Kundra. She has entertained us with her movies for almost 25 years and is now the judge of a very famous dance reality show ‘Dance India Dance’. She is married to businessman Raj Kundra and has a seven-year-old son Viaan. “Yoga gives me the confidence to perform so many roles and live up to the expectations of not only my fans but also my family,” says Shetty. 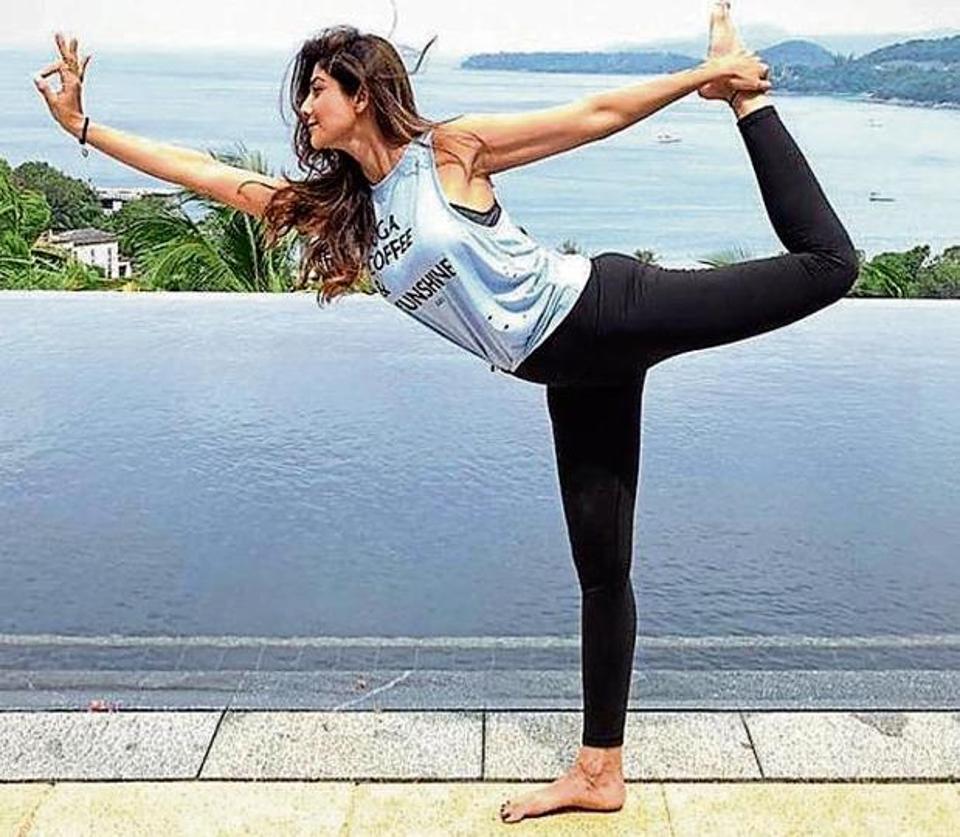 Highlighting the importance of Yoga Shilpa says that Yoga is discipline for her. “Yoga to me is discipline. I feel you can’t achieve anything in life without discipline. And they say you can’t achieve greatness without discipline. Yoga has been able to put my life back on track in a disciplined fashion. When I do the asanas I know that it is something I am doing for myself to improve my health, increase my hormone production, and cleanse my mind. If my mind will be cleansed, my thoughts will be positive and if my thoughts are positive I’ll be able to do more good work. I just feel that it’s like a domino effect. When I do Pranayama I know that I am regenerating my cells, I am oxygenating my mind and body. I look at Yoga very differently, it’s not a part of my life it has become my life. The yogic principles have become a part of my life.”

Appreciating Prime Minister Narendra Modi for his initiative to promote Yoga in the country, Shilpa says, “I met him a long time back and wrote him a letter during his previous term in which I praised him for what he has done for Yoga and how he is promoting it.”

However, Shilpa regrets the fact that Yoga which comes from India is more popular among the westerners. “It’s a matter of pride that we belong to India and although Yoga comes from our country, it’s the westerners across the globe who are doing it more than us. Why is it like that? Madonna does Yoga, Jennifer Lopez does Yoga. It’s amazing how it has helped them in their lives and the westerners swear by Yoga more than the Indians, I don’t understand that.”

Although she believes that the perception towards Yoga is changing with time especially amongst the youngsters, but says that there are certain misconceptions about Yoga that need to be cleared out. “I think slight change could be seen amongst the youngsters regarding their attitude towards Yoga. The younger generation is also steering towards Yoga. Some people think that you can’t lose weight with the help of Yoga; some think that it’s very important to be flexible in order to do Yoga. All these are just misunderstandings which need to be cleared out, which is why you’ll see that anything that you do consistently will make you better. There are lot of poses which even I can’t do but that doesn’t mean I don’t do Yoga. It is a practice that will make you learn. It’s like your mind is negotiating with your body that every time you are doing an asana you think that I can do more and when you realize that your mind has overtaken your body that’s when you evolve.”

“I can’t do Mayurasana but I can do Vrishcika asana and Shirsha asana. Earlier it was very difficult for me because I had a neck injury, but now I can balance on my neck for good one or two minutes. I have been able to overcome that because of the power of my mind.” 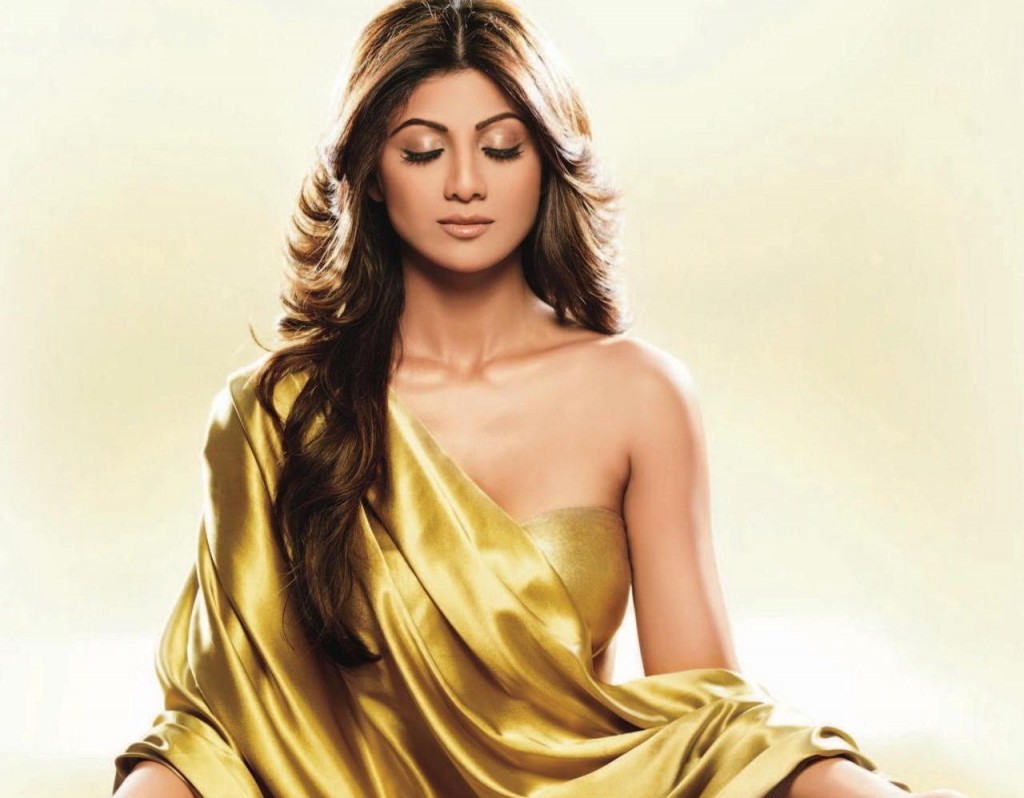 Shilpa presses the need to make Yoga a habit since childhood and adds that Yoga should be made compulsory in schools. “You have to make Yoga a habit only then it will have long term effects. You shouldn’t do it for temporary effects. My son does Bhunamanasana and he does it so easily. That’s why I say that kids should be encouraged to do Yoga because at their age they are so much more flexible and it makes their mind also very flexible. Yoga should be made compulsory in schools; luckily for me my son does it in school. Yoga should be inculcated in every school in our country no matter which curriculum you are following.”

Moving on towards the diet chart, Shilpa says, “I want to inform via ‘The Shilpa Shetty App’ and also via your channel that it’s very important to have an understanding of nutrition. 70 per cent is your diet but it doesn’t mean that you stop having oil. This new fad of low carb has started. One should have good fibre rich carbs. I like to eat jeera aloo a lot, since when have people started avoiding potato and started cooking in olive oil. I use ghee, infact my food is incomplete without one tablespoon of ghee.”

She also added, “There are many misconceptions around milk. They say raw milk/lassi is good for acidity. I don’t know some people are lactose intolerant but see the kind of milk we are getting today. The cows are not grass fed, they are grain fed sometimes and it’s not even fresh. They are given steroids and antibiotics. So I feel that the quality of milk has also changed. Girls are reaching puberty much earlier, boys look like they have got chest. It’s because of the quality of milk and the steroids in it and the hormones that are making our kids grow up like that. So I don’t consume that much milk and even if I do I take buffalo milk because it has higher iron content.”

Shilpa further informed that she is currently being trained by Raj Panigrahi who has been doing Yoga since the age of eight. “I love to learn, I have learnt Vinyasa and other forms as well. But Ashtanga which I think is the oldest form is my most favorite one.”

Sharing her personal experience where Yoga really helped her heal she says, “I took up Yoga because I wanted to rehabilitate my neck as I suffered from cervical spondylosis. Yoga not only helped me lose weight, but also helped me increase my energy and solve my breathing issues. That’s the reason I continued to do Yoga. The more you keep doing Yoga you’ll realize that suddenly you could see a new cut in your body, or feel energetic. I do Chakra healing and meditation and via my app I have done lot of Chakra and meditation that I am releasing on International Yoga Day in partnership with Shamita Shetty. I have focused on all the seven Chakras. People aren’t much aware of the Chakras but that is what runs your entire system, it’s that energy that you are putting into it and the energy that you get when you heal and cleanse your Chakras.”

She appealed to give more recognition to Yoga in the country, “I am happy that I valued Yoga much before International Yoga Day was formed. Yoga has already gone international, and it’s high time we recognize this science and value it. I think Modi ji is doing a really wonderful job to bring about awareness for Yoga that belongs to this country and something that we should feel really proud about.”

Lastly, she assured her fans to soon make a comeback on the big screen and says she has already been offered five films and web series.