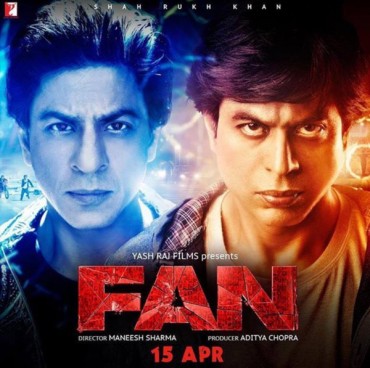 Shah Rukh Khan in double role! Well, we have surely seen in it earlier on the silver screen, but this time, the story is hell a lot different! The trailer of the film seemed very promising and made me add the name of the film in my Must-Watch films for 2016. And yes, I did expect a lot from it! But did the film fulfill my expectations?? Not quiet!

Shah Rukh Khan as Aryan Khanna is simply perfect! The elegance, charm and polished behavior screamed of Stardom! A role he did just too smoothly. But on the contrary, when you see SRK as Gaurav, you will find him go overboard at a few scenes. A movie that could have been the best film of 2016, falls a little short in its presentation. There are scenes which start very smoothly but slowly become over-dramatic. Also, it is very difficult to follow how Gaurav, who seemed so sweet, lovable and powerless suddenly has the power and accessibility to disgrace a Superstar very easily.

The story of the film, written by Habib Faisal is simply outstanding, but with minor loopholes which stop the film from being one of the best Thrillers of 2016. Shah Rukh Khan, needless to say, gives you one of the best performances in a long time. You can actually compare his performance with his blockbuster films like Chak De and Swades!

So yes, the film is a Must Watch for all Shah Rukh fans, and a One-time watch for all other movie lovers! Enjoy the thrill and feel the passion of – Fan!!