Aiming For The Stars – Shraddha Kapoor

Aarti Singh
Author, Women Planet
A celebrity writer, spa expert, PhD student, full-time writer and forever gypsy - These are phrases that best describe Aarti. She tries to fit in as much into a working day as her 7-year-old son will allow.

She’s fresh and very funky – and our definition of funky is very different from the yellow shades her father, Shakti Kapoor, is seen sporting quite often. She has a sense of style that is approachable and yet edgy. Despite that image, she confesses to be partial towards traditional outfits. “I love the traditional look and have over the years learned to appreciate the fusion in Indian wear,” reveals Shraddha. 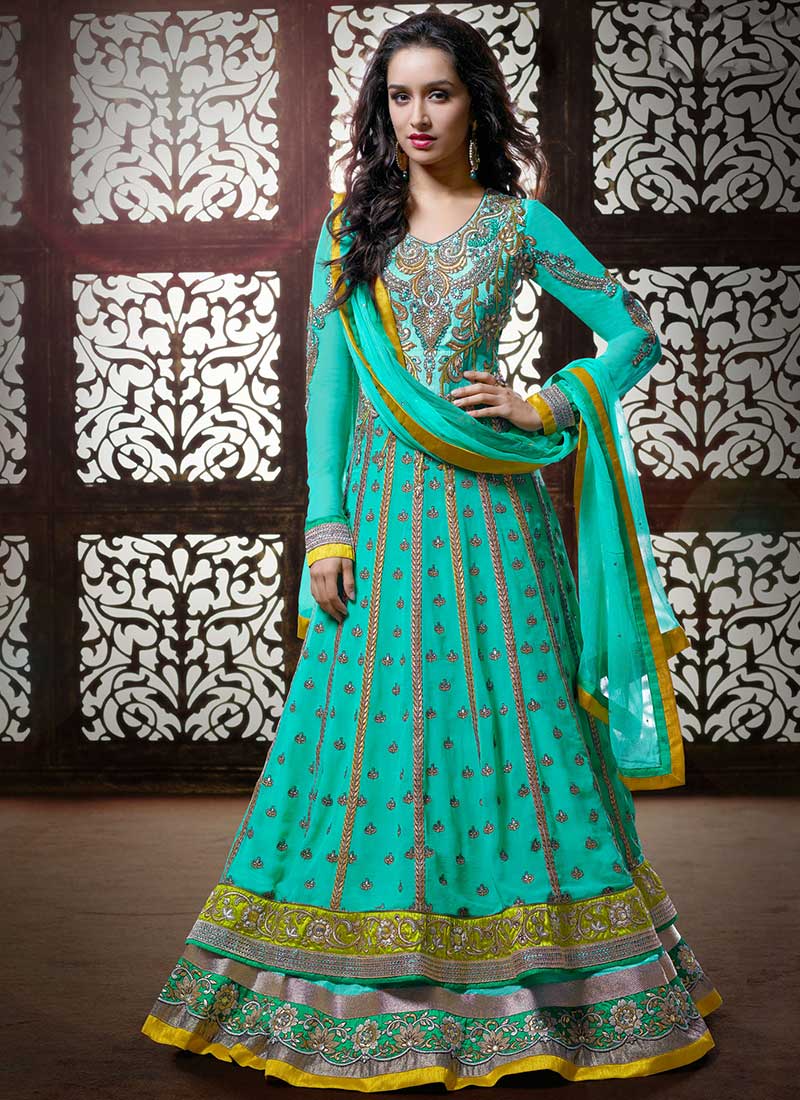 At 26 she bagged an ideal debut opposite Ben Kingsley and Amitabh Bachchan in Teen Patti, Unfortunately the movie was not received well by the audience & critics alike. “Before the release of Teen Patti, I was auditioning for several projects, one of which I was especially keen on being a part of. I gave the audition my all, but didn’t bag the part.”  The film in question was My Friend Pinto. This was a real blow to her. She adds, “When I received the call from Bhansali Sir’s office about being replaced in My Friend Pinto by Kalki Koechlin, I was upset. I went to my room and cried my heart out. I was in that same morose mood for a couple of days.” Then she realized she had to do something about her life and career, sitting at home wasn’t going to help. Soon she got into the groove and started to look for work. In the process, she was offered a lot of films that could have dented her image. Also, she did not succumb to highly lucrative offers for South Indian films, because she wanted to concentrate on Hindi movies. Narrating an incident, Shraddha recollects how a well known director called her up offering an erotic thriller?’ she confesses, “I didn’t know how to say no, so I sheepishly told him, ‘I’m not venturing into that genre for now’.” Shraddha’s second outing, Luv Ka The End, also didn’t exactly set the cash registers ringing.

In 2013, Shraddha Kapoor landed a role, in Mohit Suri’s romantic musical drama Aashiqui 2, the sequel of the 90’s Aashiqui. “I tasted blood with Aashiqui 2. It wasn’t like I wanted fame. I just needed to work a lot more, conquer more. Aashiqui’s success surprised everyone, especially with the new faces. Aditya, I, the singers and composers – we all were a relatively new lot.” Shraddha calls the success of Aashiqui 2 a “crazy phenomenon. “For me, the biggest compliment is to be remembered as ‘Arohi’. Whenever I go out, people scream ‘Arohi’, and not my name. I am very happy with that!” exclaims the actress.

Shraddha’s efforts were not just lauded by the masses, but even critics sat up and took notice. Anupama Chopra called her a “real triumph”.  Her second venture with Suri was a thriller Ek Villain (2014). Later that year she was in Vishal Bhardwaj’s critically acclaimed drama Haider, an adaptation of William Shakespeare’s Hamlet, set during the Kashmir conflict of 1995. “Talking about Haider, it feels great when people appreciate the hard work and notice the efforts. I am lucky to have worked with Vishal Bhardwaj so early on in my career,” exclaims the heroine.

She wants to do more challenging roles rather than just commercial ones. “Yes, I am making a deliberate, conscious and planned effort to do different roles. I want to do something that is unusual, something that surprises everyone.” Shraddha does not get flustered or nervous about the competition. “It (competition) is not scary. I know competition is there and it will come my way. So competition only pushes me to work harder. Because, if I don’t work at reinventing myself, I will be left behind,” the actress added. 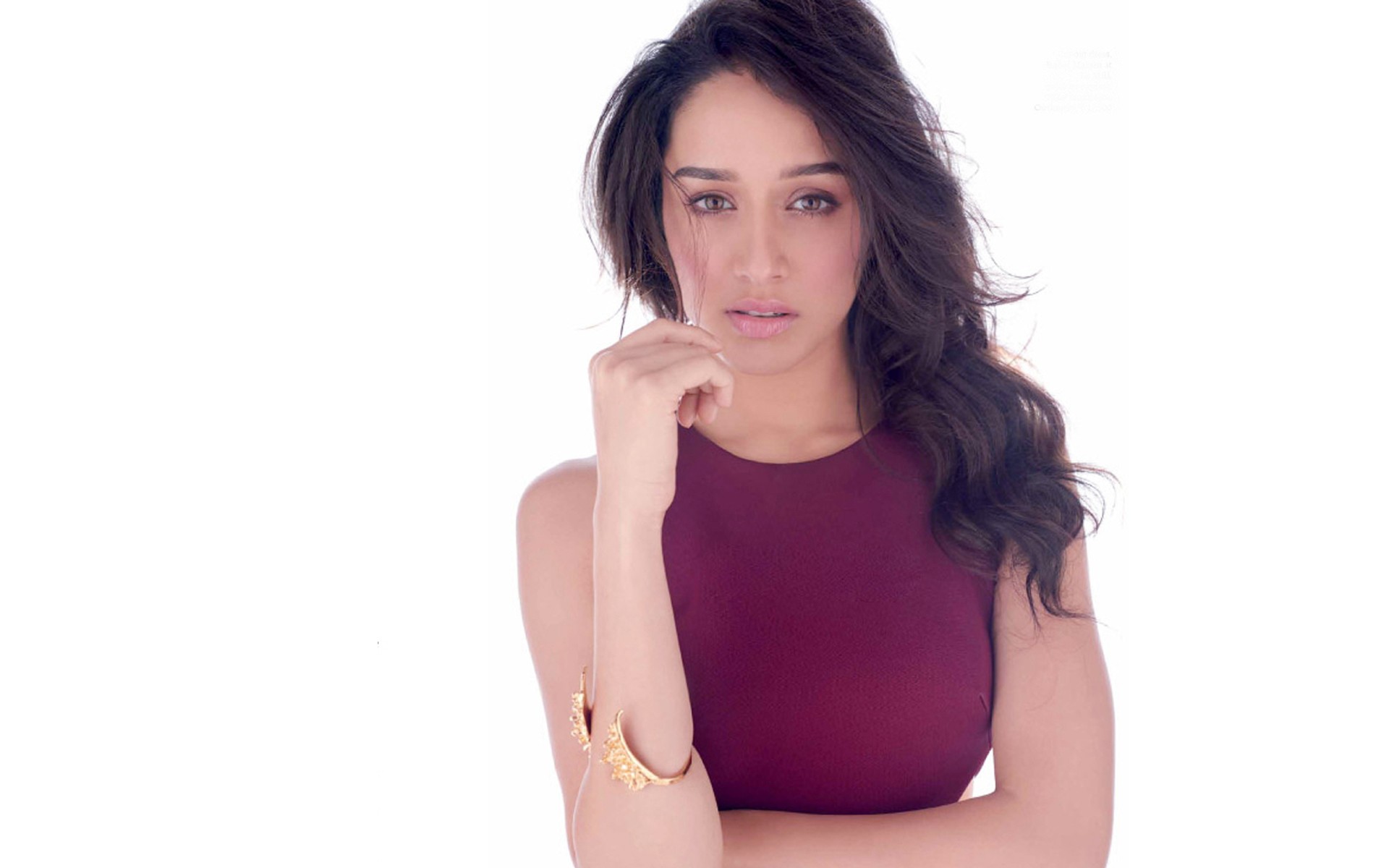 Currently, Kapoor has just finished filming a sequel to the dance film ABCD: Any Body Can Dance, entitled ABCD 2, opposite Varun Dhawan which is scheduled for release later this year. She is also looking forward to star as a singer in a sequel to the 2008 film Rock On!!, co-starring Farhan Akhtar, Purab Kohli and Arjun Rampal.

The multi-talented lady is also foraying into fashion and designing with her own label, Imara, co-launched with Universal Sportsbiz. “Launching my own fashion line has always been something I wanted to pursue. For as long as I can remember, I have been in love with clothes, with fashion and the idea of designing my own collection has always fascinated me. The process of designing Imara has been an extremely gratifying creative expedition for me. I worked with some of the best designers around the country, shared my ideas with them and saw them work their magic and bring those to life. Watching my ideas for Imara materialize so beautifully is one of the greatest experiences I’ve had so far,” says Shraddha.

Imara is a contemporary rendition of the conventional. Experimenting with ethnic designs, it offers a refreshing take on fashion, for the young and the stylish, keeping in mind the theme of fairy tales and ‘once upon a time’. Themed across eight stories, Blue Pottery, Mughal, Spring Blossom, Damask, Monochrome, Lucknowi, Indigo and Boho.

“Life is full of promising opportunities, and I am constantly looking forward to them,” declares the actress, on a parting note.

“Beauty Is Not Just About Your Face” – Deepika Padukone

“My Mom Is Responsible For Who I Am’ – Sonakshi Sinha