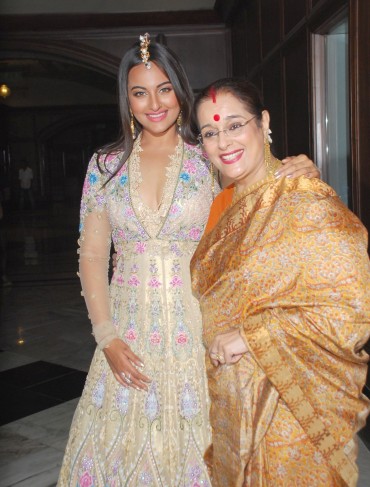 “My Mom Is Responsible For Who I Am’ – Sonakshi Sinha

Aarti Singh
Author, Women Planet
A celebrity writer, spa expert, PhD student, full-time writer and forever gypsy - These are phrases that best describe Aarti. She tries to fit in as much into a working day as her 7-year-old son will allow. 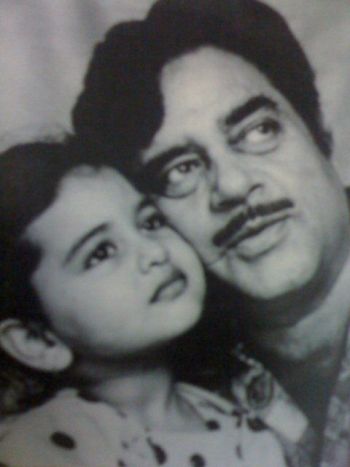 Sonakshi Sinha may be more famous for being Shatrughan Sinha’s daughter, but the vivacious beauty reveals that she is closer to her mother, “I cannot do anything without my mom. Right from food cooked by her, to my looks, to how I should take care of my skin, I am dependent on my mom for everything!”

The confident girl, who has no qualms stepping out in an ill-fitting dhoti and T-shirt, was kept grounded by the influence of both her parents, despite coming from a film background. “I’m not allowed to throw any tantrums at home. My mom still shouts at me if I don’t clean my room or wake up late. If we ever showed off, we would be reprimanded at home. My mom had left her career as when she got married and was strict with us. Our parents made sure that we weren’t in the limelight for being somebody famous’ children. We used to travel in autos, I used to take the local train to college because my dad said I must have that experience. So, it’s been a very regular upbringing.”

Despite her pedigree, acting happened to Sonakshi by chance. “I knew the industry since I was a child, it never really fascinated me. I wanted to be everything but an actor. ‘she says, adding, “My mother suggested me to try fashion designing as I used to sketch decently. Dad and Salim uncle (Salim Khan) were friends and so, when I was in college, Salman would lecture me for hours, saying I was wasting my life and that I should drop fashion, lose weight and get into acting. I didn’t even know what my next step was going to be after Dabangg. I had no plan. I learnt everything on the job.” 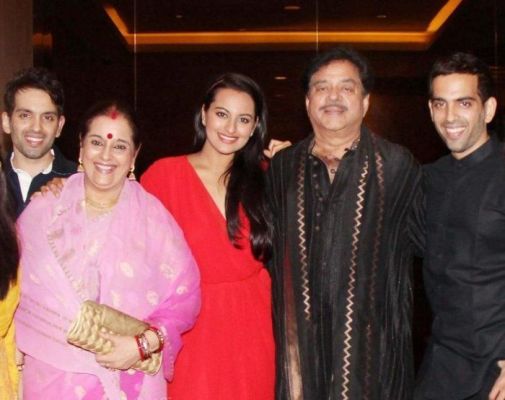 Sonakshi considers herself obedient and borderline boring. She regards her parents as parents and not as her friends. While she may have been pampered by her father, she also knows she cannot disappoint him in any way.  “I am lucky that so far I have never been offered a script that will make me wonder about how my parents will react to it. Our faith in each other is implicit, which is why, if there are wishes, they are respected and not rebelled against,” says the actor. Shotgun Sinha has always insisted that his daughter has to be home by 1 am, be it work or party. “Film maker Shirish kunder had to take permission from my father to let me shoot till late in the night for Joker,” reveals Sonakshi, adding, “I am still treated as a small girl in my house. I am very thankful for it because lot of people get carried away with the success. My parents treat me the same way the way they treated me before I was an actor.” 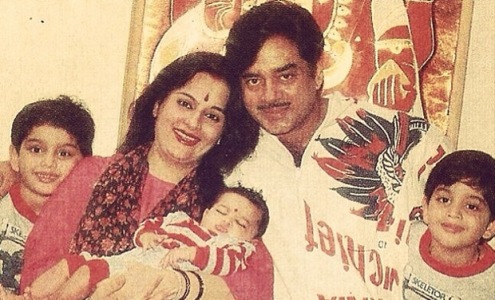 Her father has also influenced her to believe success and glamor are ephemeral. “My father always says ‘Don’t take yourself too seriously’. I think keeping your head on your shoulders is very important,’ “My dad gets offended when people say ‘aapki beti bahut sunder hain, bilkul maa par gayi hain’ (Your daughter is beautiful just like her mother). He doesn’t know whether it’s a compliment or an insult. So he says, ‘Par talent toh meri tarah hain’ (but the talent is like mine),” says Sonakshi.

While she may have imbibed her father’s outlook towards the profession, Sonakshi turns to her mother for all things girlie. This is in striking contrast from her childhood, when, Sonakshi’s mother would refer to her as “the third son’. I used to be a tomboy when I was in school. I played lots of sports. In the morning as soon as I reached school, I would go onto the football field. So I would reach school dirty and my teachers would not let me sit in my class and my mom had to be summoned. I gave her a hard time,’ reveals Sonakshi. But now, things have changed, drastically. “My mom is my chief stylist and beauty consultant. She taught me to rub ice on my skin. It really helps to close the pores on my face and gives me a nice, healthy glow. It works as my natural blush!” 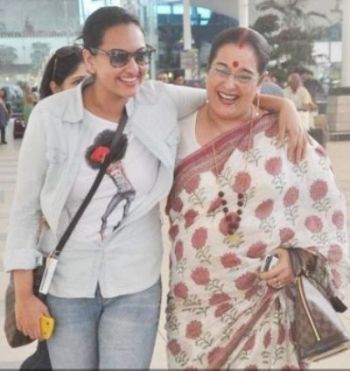 And what is the best thing the mother-daughter duo do together? “We both give each other a champi! My mom made it a point to oil my hair regularly when I was a child. And so the tradition continues. That is my idea of pure heaven – my mom oiling my hair, and I hers,” says Sonakshi as a parting shot. As if on cue, her mother calls her out to oil Sonakshi’s hair.

“Beauty Is Not Just About Your Face” – Deepika Padukone

Aiming For The Stars – Shraddha Kapoor