An icon for millions today, Kiran Bedi is one person we all truly admire. May it be her strong decisions for fighting injustice, standing strong for the poor or joining the BJP after starting her political career as an activist for AAP, she has always made her presence felt with her firm decisions. Today, as she stands with BJP campaigning for the Delhi elections and is constantly being judged by other politicians about her character, her work and choices, it gets important that we know more about her life and how she became an inspiration to millions. Here is her story, her journey of life and how she became India’s First ever Female IPS officer.

Born in Punjab on the 9th of June 1949, Bedi was the second of the four daughters of Prakash Lal Peshawaria (father) and Prem lata Peshawaria (mother). She did her schooling from Sacred Heart Convent School in Amritsar and joined the National Cadet Corps there. She took up tennis as her favorite sport which she inherited from her father, a talented tennis player himself. After her schooling, she completed her graduation in B.A English honors and also earned her Master’s degree in Political Science from the Punjab University, Chandigarh.

She continued her education, even after joining the Police force and gained her Law Degree, LLB from the reputed Delhi University. With all these degrees to her name, she went on to complete her Ph.D. from the Department of Social Sciences, Indian Institute of Technology, New Delhi with her thesis topic – Drug abuse and Domestic Violence. 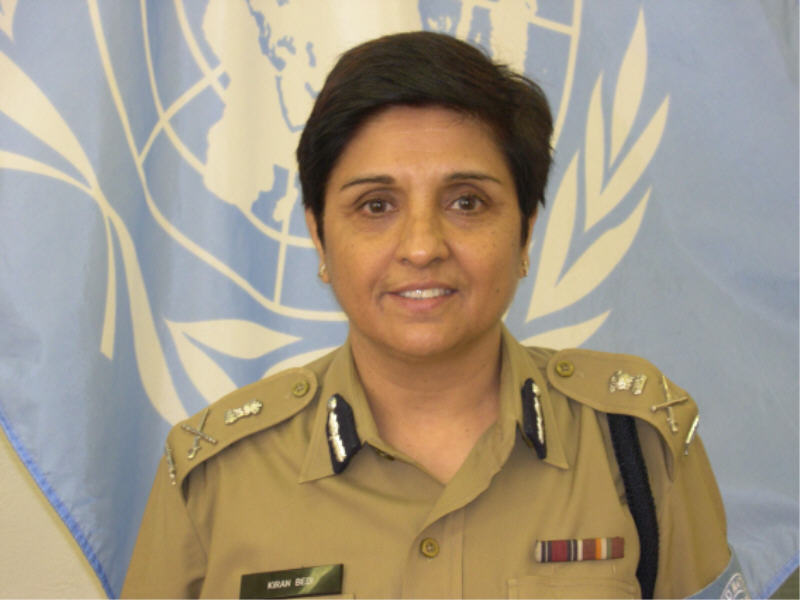 Kiran Bedi started her career as a lecturer at the Khalsa College for women, Amritsar, in the year 1970. In 1972, she then joined the prestigious Indian Police Service, simply for her urge to become outstanding than the rest.

She once dragged the car of then Prime Minister Indira Gandhi for violating car parking rules. After this incident, she was nicknamed as Crane Bedi.

As the Inspector General of Tihar Jail, she brought in various reforms for the prisoners including yoga, redressal and meditation. She also initiated the establishment of 2 organizations, Navajyoti (1988) and the India Vision Foundation (1994) for improving the lives of drug addicts and the various underprivileged people.

Kiran Bedi has received a number of awards for the work she has performed for the society. Some of these famous awards include:

– In the 90’s she was transferred to the Tihar Jail, known as the most Notorious jail in India. She alone transferred the jail into a peace-loving ashram by introducing literacy and meditation programs. This act of courage fetched her, The Magsaysay Award and a memorable place in the history of Indian Police.

Her courage and achievements have a great influence on the women and younger generation of India. Her speeches have and continue to inspire women to raise their voice against injustice and work hard for a good life. It is due to her inspirational story that we see women in the police forces today. But now a part of BJP, will she soon be Delhi’s new Chief Minister?