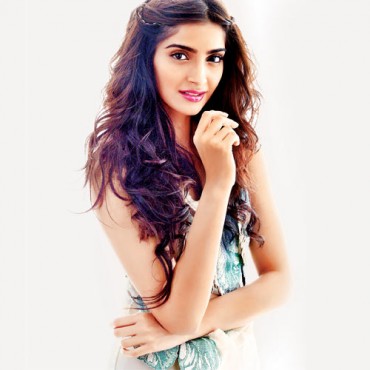 A fashion queen, style diva and a successful Bollywood actress! Sonam Kapoor is the eye candy of every fashion designer in India and across the globe. With every dress she wears, Sonam makes a style statement unlike others. She is a fashion figure who creates a different image with every picture and every garment she wears. And adding to her fashionista image is the fact that she is the only Bollywood actress till date to have worn a custom-made designer gown by Chanel, a Paris Based fashion house.

Sonam Kapoor, who very frequently appears on the magazine covers of international fashion magazines like Verve and Elle, was sited by Chanel and they decided of voluntarily sending her a gown from their Special Celebrity Collection. The fashion house sent her 3 beautiful gowns to choose from, each different and absolutely gorgeous in its making.

With just 4 years into the Bollywood industry, Sonam is considered the style icon of almost every fashion loving female in India. Every time she gets pictured or makes an appearance in the public, she is instantly judged by fashion gurus and her fans. With a beautiful body and good height, Sonam carries all her attires with a lot of grace and poise. Right from wearing sarees, dresses or gowns, Sonam looks perfect in each of them. She has walked the ramp for Indian renowned designers like Tarun Tahiliani, Anamika Khanna and several others.

In the recent Cannes film Festival, Sonam Kapoor bagged several compliments from the international fashion world. She has flawless style sense which has helped her get recognition even in the International circuit. According to the Business of Fashion 500, Sonam is said to the India’s Fashionista for the year 2013. Also, she is the only Indian actress to have been featured in the list of 500 people who drive the world crazy with their fashion sense and statement.

With so much already achieved, its difficult to know what Sonam’s next move in the fashion world is!