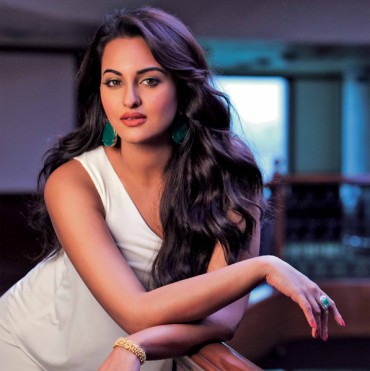 The ‘Dabang’ star, Sonakshi Sinha turned 27 today. She is the daughter of veteran actor Shatrugan Sinha and Poona Sinha. She is currently busy promoting her upcoming film ‘Holiday’ opposite Akshay Kumar. On her birthday, we bring you some interesting facts about here. Take a look!

1. Sonakshi has done graduation in Fashion designing from SNDT University, Delhi. She was the costume designer for movie ‘Mera Dil Leke Deko’ (2005).

2. She initially started her career with walking on ramp for Lakme Fashion Week 2008 and 2009.

4. She donated her signing amount for her debut film ‘Dabangg’ to Salman Khan’s charitable organization Being Human.

5. She is fondly known in the industry as Miss 100 crore.

6. She loved wearing traditional Indian sarees even when she was a small kid.

7. Sonakshi is quite passionate about sketching. She loves to draw in her free time.