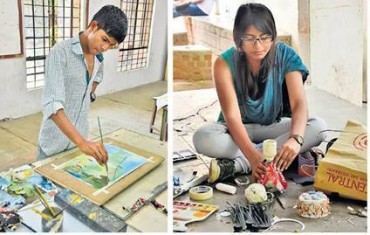 Creative Start of the Youth Festival

The Youth Festival Jhankar ’14 organized by the students of MSU started on Saturday. The festival was inaugurated by the Vice Chancellor Pro. M N Parmar along with student union President K S Agrawal.

The inaugural ceremony was followed by Treasure Hunt organized in Russian Department, which was fun filled and lasted over 3 hours. While the treasure hunt was going on the students on other hand showed their creativity in Painting, Photography, Rangoli Competition and Clay Modeling.

Helping Loved Ones with Drug Addictions