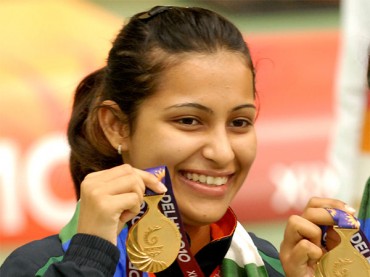 31 December 2013 a golden day in the history of Indian shooting. Heena Sidhu the girl from Chandigarh claimed the gold medal recently at the ISSF World Cup Finals in Munich, Germany and became the first pistol exponent from India to do so.

Since the formation of National Rifle Association formed on April 17 1951, this is for the first time that an Indian shooter has appeared on the cover of International Shooting Sports Federation Journal.

All thanks to her well earned victory in the finals of ISSF World Cup. She defeated the world champion Zorana Arunovic of Serbia along with previous champion Olena Kostevych of Ukraine. Her shooting score had a huge lead of over 5 points on her competitors; at the end of the event her final score was 203.8 points.

ISSF magazine also stated: “Young and upcoming athletes like her are the future of Shooting. Their motivation is the power that will move their sport towards Rio 2013,”