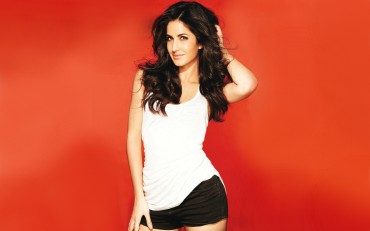 Katrina Kaif – Can there be anything unknown about this beautiful bollywood damsel? Apparently not! Being one of most goggled celebrities in the world, there can hardly be something hidden from the paparazzi about this star. Right from her initial modeling days to her recent flick Dhoom-3, here are some of the most interesting facts about this stylish actress who has won the hearts of all her fans with her simplicity, hard work and Barbie looks.

Loved and followed by millions of people across the globe, there are a few facts you may not be aware of about Katrina. On her birthday today, here are some interesting facts about this beautiful Barbie doll, who started acting without knowing a word of Hindi.

1. Born as Katrina Turquotte, she is the daughter of Suzanne Turquotte and Kashmiri Indian, Mohammed Kaif.

2. She changed her surname to Kaif, due to its Indian origin. However, she still holds her passport by the name of Katrina Turquotte.

3. Kat was born in the beautiful city of Hong Kong. Due to her mother being a charity worker, she had to keep moving to new places within every 2 years. This allowed young Katrina to explore countries like China, France, Poland, Japan, Belgium, Switzerland, etc. at a very young age. Later, the family settled down in London, also the birth place of her mother.

4. Katrina started modeling at a young age of 14, in Hawaii.

6. In her initial days as a model, she would work 16 hours at a stretch.

7. Like all other strugglers, Katrina would audition in several studios holding a banner with her phone number mentioned in it.

8. It was Mahesh Bhatt who first spotted Katrina in the Taj Lands End coffee shop for his upcoming movie, Saaya. But, she was dropped within the first 2 days of shooting as she didn’t understand a single Hindi word.

9. She has learnt kathak from renowned Kathak guru Viru Krishna.

10. Her first film was Boom which failed miserably in Bollywood. Her two telugu films Pidugu and Malliswari were also not very successful.

11. In the film Boom, Kat was very passionate on getting her love-making scene with Gulshan Grover look the best.

12. Ms Kaif is very punctual about her shooting hours. She reaches the venue 15 minutes prior to the schedule.

13. She is very hard working and apart from remembering her alone’s dialogues, she also remembers her partner’s dialogues.

15. Boyfriend jeans, a brand based in London is her favorite jeans.

17. Above all, she fears darkness and insects most.

18. Prior to the release of all her films, Katrina visits Ajmer Sharif Dargah, Mount Mary Church and Sidhivinayak temple.

19. Kat loves eating simple food such as curd and rice.

20. She is the only Indian celeb Barbie doll.