“MAKE YOURSELVES A PRIORITY” – KRUTIKA KATRAT

Nirmiti Pimpalkhare
A young and vibrant writer, eager to make a mark. Qualification: Pursuing, Bachelor's in Fashion Communication. Hometown: Vadodara.
At the age of thirteen, I wrote my first poem and participated in many recitals. Since then I have been in love with penning down my thoughts.

From a family of entrepreneurs hails Krutika Katrat, co-founder of Oowomaniya. With the risk-taking ability she inherited, she also wanted to be an entrepreneur by doing something that would make an actual impact. Holding a post-graduation degree in biotechnology and M. Tech, Krutika worked as a cancer researcher at ACTREC, a cancer research wing. In 2014, she joined Venture Studio and Stanford Centre for Design Research. This is where she co-founded Oowomaniya with Sneh Bhavsar. “We wanted to work in an area where women could get a safe and non- judgmental space to talk about their health issues,” says Krutika, while sharing her concerns regarding the sexual, reproductive, and intimate health and hygiene of Indian women. Taboos, myths, and general embarrassment with women’s health issues like periods, pregnancy, sexual health, and breast care still hold a huge space in the minds of Indian society mainly because of its patriarchal nature and the same women passed down the thoughts generation after generations as we can see that these issues are still not being openly talked about. Women have accepted to live with taboos and restrictions. Krutika says, “There’s a lot of misinformation and there are still many people who think periods are impure and pregnant women should eat twice more than their actual diet. But because of this, there is a disease load that gradually increases in women and that is something that needs to be addressed.” To resolve these issues, the Oowomaniya platform was exclusively created for women.

Oowomaniya is a health initiative where through online and offline mediums, Krutika and her team works towards awareness and preventive health, related to women’s health issues and hygiene. Women can share their concerns while staying anonymous and can get consultations. Krutika shares her insight that when anonymity is provided to people, they can share a lot of personal worries comfortably which they cannot openly talk about, sometimes even with their partners, friends, mothers, or family. Krutika realized the urgent need to spread awareness for women’s sexual health and hygiene issues when her mother had fallen prey to lack of awareness and neglect. Around 2013-2014, her mother’s cervical cancer was detected. She is educated and has access to information and finances, and yet she kept ignoring the symptoms, thinking of it as menopause. Krutika had to force her to get a proper examination done, and that’s how they got to know about it.

Krutika urges women to prioritize themselves. They are multitasking and take care of others, but they don’t think of themselves as a priority and keep neglecting their health. Her conviction for the requirement of talking more about these topics and making women more aware of their bodies got stronger after this experience. When Krutika and her co-founder Sneh were in venture studio, one of the incubators, they were always taught that an enterprise should focus on a need and so to get in-depth knowledge, they did a lot of market research, got help from a group of veteran doctors who started this initiative called Sanjeevani, where they had a telemedicine man with ECG equipment and diabetes and hypertension detection set up. Krutika and her team would go to these villages and would observe the doctors working and would ask rural people questions. They also held many workshops with almost 500 women in urban areas to understand their needs. In western countries, there are public health care systems where many tests like cancer screening take place regularly and are compulsory or covered by insurance. In India, we have recently got some initiative, but it is still not widespread. Though many government schemes are going on, very few people know about it, for example, getting a Pap test at a government hospital that helps in the diagnosis of cervical cancer. India is one of the countries where highest numbers of deaths are caused by cervical cancer in women.  While doing market research, they found out that as India was still going through the initial stages of the digital revolution, there were a few portals for women but not known by many people. Now there is a lot of content and many portals addressing women directly but it wasn’t the same case back then. Krutika shared what they got to know through field research when they visited around 10 to 15 villages around Ahmedabad and through many workshops they held to understand the ground reality. They realized that there is a gap in terms of women’s health issues and understanding of women about their bodies, and that is consistent not only in rural areas but also with urban educated women. Not all educated urban women know enough about their bodies. The underlined assumption that women in urban areas are educated and so they would know what is wrong with their bodies was debunked.

Krutika says, “There’s an interesting incident I want to share, which happened in the first year when we started doing the workshops. We had kept a drop-box where women would drop in their queries and then we would answer all the questions we were able to cover in the time prescribed. There was one question that surprised us which was about a woman experiencing brownish vaginal discharge with a foul smell and that she wanted help and didn’t know what to do. A smelly discharge can be a sign of vaginal infection, but it is not normal when the discharge is brownish and it may be a sign of something serious. After answering the question, I requested the woman who had put up the query, to meet me near my car and that I will be waiting. Hesitating, she came, and I knew that she would come so I was waiting near my car. I asked her to get a thorough check-up in the government hospital I mentioned and took follow-ups from her. She later told me she was thankful that I let her know about this as she was diagnosed with uterine cancer. Though it terrified me, it was good that she found out before it was too late as cancer would have progressed even more.”

They have reached to more than 10 lacs unique women who got consultation on their platform. They have reached out to more than 20000 females’ offline through CSR projects and corporate wellness programs. They have held workshops for 15 to 17 subjects related to health and wellness such as UTI, menstrual health, vaginal infections and intimate hygiene, stress and anxiety management, contraception, making work environment women friendly and a lot of fitness related programs. Going through ups and downs like any other enterprise, Krutika says that she got a lot of support from her family and that they are her backbone. She thanks the doctors who helped and supported their initiative, when they didn’t even have their website. They have collaborated with health and wellness brands including Nabhi Sutra, and they will continue to work efficiently for their cause as a social enterprise. Krutika’s message to all women is to prioritize themselves and take out at least half an hour a day for self-care as they are multitasking and forget to care for themselves, which leads to stress and health issues. 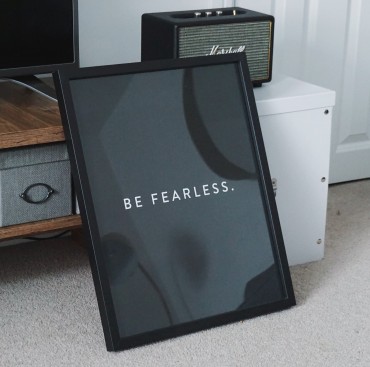 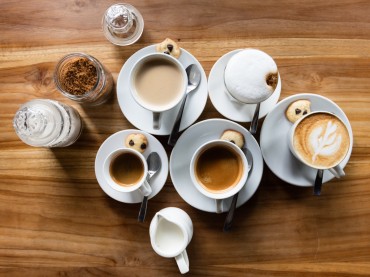 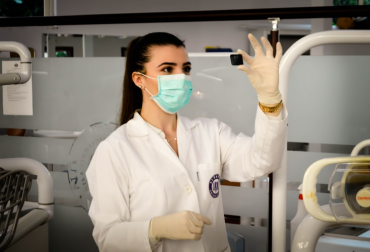 10 Tools that will Save Every Nurse’s Time
Nimmy Binson

Dr Neelam Gupta is all about women’s education, recognition and empowerment
Pragya Sood 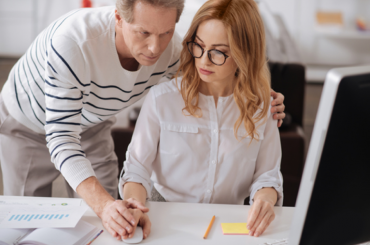