> Exclusive > My Voice > Aksha Khan, from leaving school to her self-made workstation! 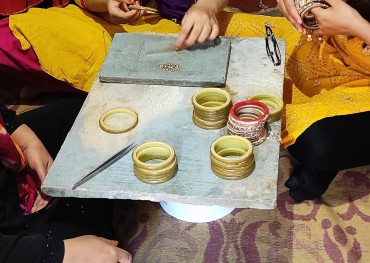 Aksha Khan, from leaving school to her self-made workstation!

Failure could never overtake if the determination to succeed is strong enough and Aksha Khan’s determination has been more than enough to break all the bounds to achieve her goal. An eighteen-year-old girl with a dream to pursue LLB and fight for the rights; aspire to acknowledge people the rights they have, the rights she never knew she had until the moment Pratham helped her in providing the much-needed second chance to get back to her studies. 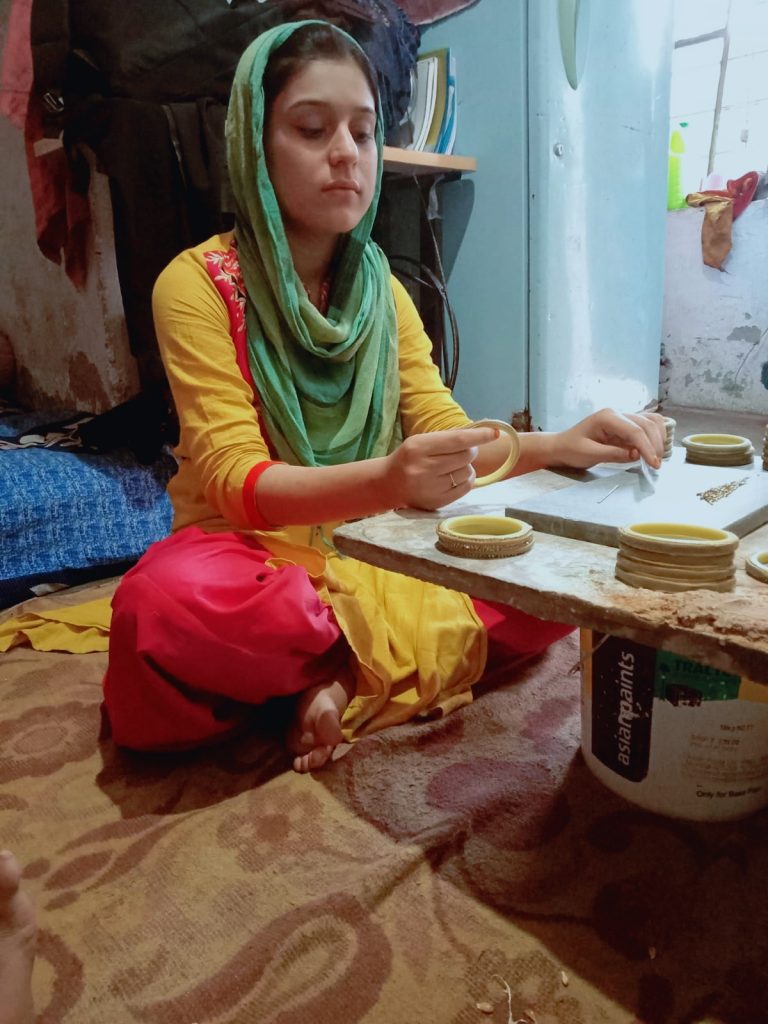 Aksha is not just another teenage girl resuming her studies after some gap year, she is a girl who had to drop out of school five years ago when she was thirteen to help earn bread for the survival of her family by helping her mother in work. She is a girl living in Batta Basti in a single room that has accommodated the whole of her life from kitchen to washroom, from bed to her self-made workstation set upon a stone on which she works day and night making Chuda, a kind of Rajasthani bangle, getting paid one rupee per bangle after completing an entire intricate design on Chuda. 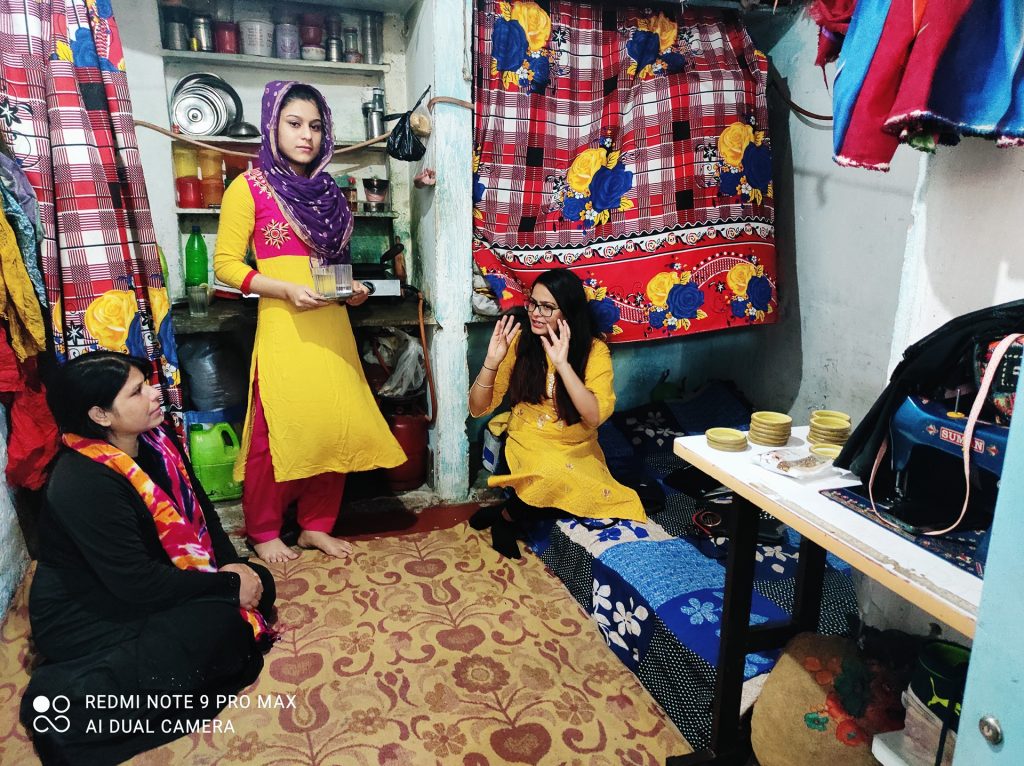 Ten years ago when her father abandoned them without reason and without warning, her mother had to take the charge of the house and toiled very hard to compensate for the void left for five years but her mother even after all the strive to manage work, house and three children fell short of her desire to raise her children in a proper manner and as the eldest child Aksha stepped up to bestead in 2015 leaving her studies in eighth grade because the school used to teach them from 10 AM to 4 PM and she could not spare this huge amount of time for education from work.

Pratham conducts a door-to-door survey on six blocks of Rajasthan every year and this year 700 dropout girls in Rajasthan forms the current batch who will be receiving education and will appear in the 10th board open exam this April 2021. Bhagyashree Saini, a Women and Child Right Activist has adopted 146 girls of Jaipur center for the time being to provide them with proper education and motivation. Bhagyashree Saini is mentoring them in the evening batch of 5 PM to 6 PM by conducting online lectures every day to teach and solve queries. Aksha is one of these girls who was selected in the Second Chance Program by the Pratham from the Lankapuri center of Jaipur. 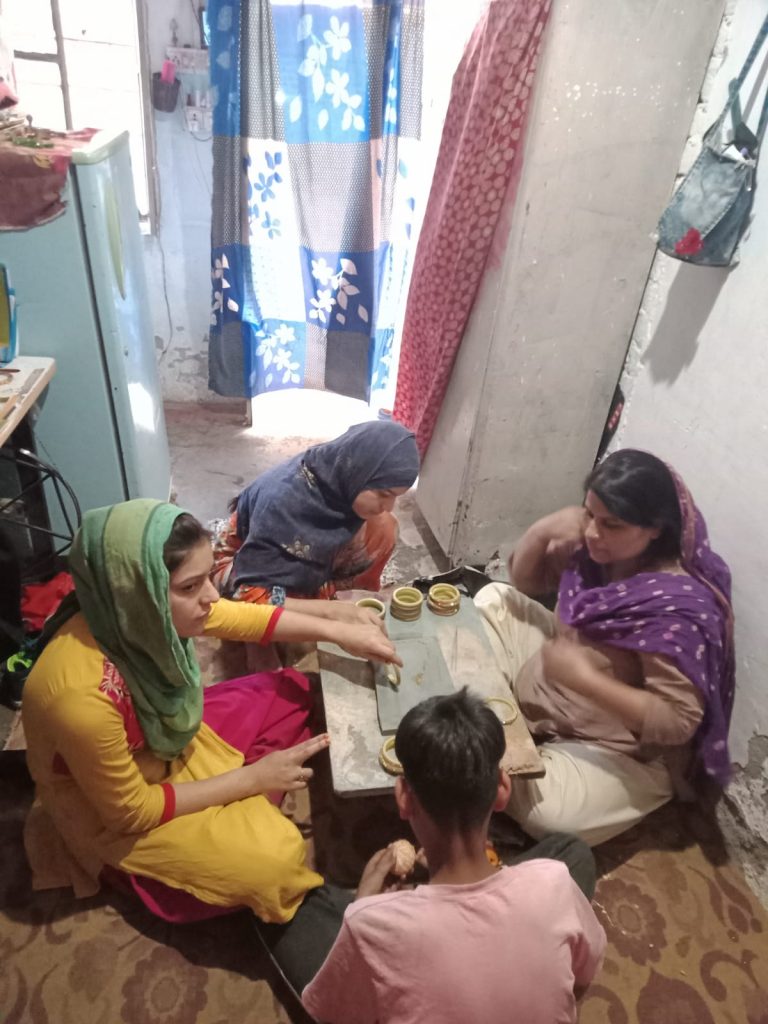 Life has thrown many adversities on the family but they are fighting steadily by standing together. Mother and daughter work for a minimum of 10 to 12 hours a day to make a maximum of 70 to 75 bangle paying one rupee each; her younger sister who is studying in eight standard conducts classes to teach the Urdu language to neighboring kids at hundred rupees per month, and even her younger brother who is in the fourth standard tries to pitch in by working at a nearby Chuda shop for nominal pay. In spite of the fact that the entire family works hard every single day, they could only make a mere three to four thousand a month.

With the dream to excel by fighting all the adversities, girls like Aksha are real emerging stars whom neither the darkest time nor the darkest place could withhold and the Unsung Stars Initiative is a warm helping hand to help them climb the ladder of advancement.