> LGBTQ > Monisha Ajgaonkar: The photographer who is normalising LGBTQ, one click at a time 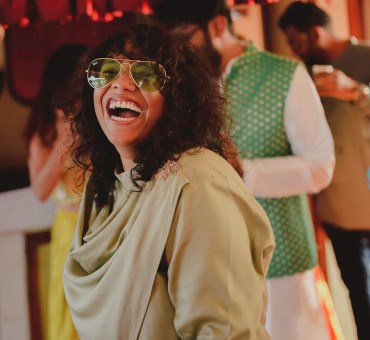 It takes courage for women like Monisha Ajgaonkar to exist in a society so deeply entrenched in archaic values. To be able to stay the person you are meant to be is not an easy battle to fight. And especially if you represent the LGBTQ community.

“I’m not a marching person. I express my opinion through my art,” says Monisha. Born and brought up in Mumbai, Monisha established herself as a Photographer by slogging herself in the grind. Gigs, concerts, newspapers, page 3 events, she freelanced till she could shoot what she wanted to.

But, the struggle wasn’t this short. Monisha left home to stay alone very early on. While accepting her own sexuality was not an issue, thanks to the support of her friends, it took much time for her family and clients to understand this.

“I come from a traditional middle class Maharashtrian family. And that experience was not great for me. So when I finally did realise that I am Lesbian, I was glad I was not surrounded by similar people,” she says.

Monisha’s coming out article did not go down well with her father. But that didn’t stop her from being who she is. “If you’re financially dependent, then you will hear stuff. So I made sure I worked a lot,” she says.

Someone who has struggled as much as Monisha, is therefore, bound to be hardcore. After a point of constant needle pinching, there comes a time when you become resilient. In Monisha’s case, she became her own advocate before anyone else could.

“I started doing LGBTQ shoots based on my experience, the issues I faced and what emotions I went through,” says Monisha talking about a photoshoot she did in 2013, a time when India was still not as ready as it is today for the community.

The photoshoot based on two lovers and one not coming out was widely appreciated and gave Monisha the much needed confidence. “I didn’t want to change the world. I just wanted to show my perspective that we exist just like the next person,” she says.

Clients, on the other hand, gave excuses for replacing her with a ‘straight’ photographer. “Wedding teams would tell me to make a different profile just for such occasions. Or families would say they weren’t comfortable with me around,” says Monisha.

Though this didn’t stop Monish from posting her work. “I never got bullied (online). It depends on how you present such topics. Shooting two naked girls in love is not my idealism of the LGBTQ community. I want to depict real stories,” remarks Monisha on the internet world which often attracts hate towards the community.
It’s a sad reality. Even though the LGBTQ community is just like any other community in the country, people still tend to disregard them. An ancient norm decided what was right for the society and that has been followed for decades. And this is perhaps the reason why many till this date don’t accept their natural sexuality.

“It is not my job to make someone else come out, not my story to tell. Through my photo series, I am only trying to create a dialogue, normalise it. Things are going to be difficult, but you need to acknowledge it before anyone else,” says Monisha. 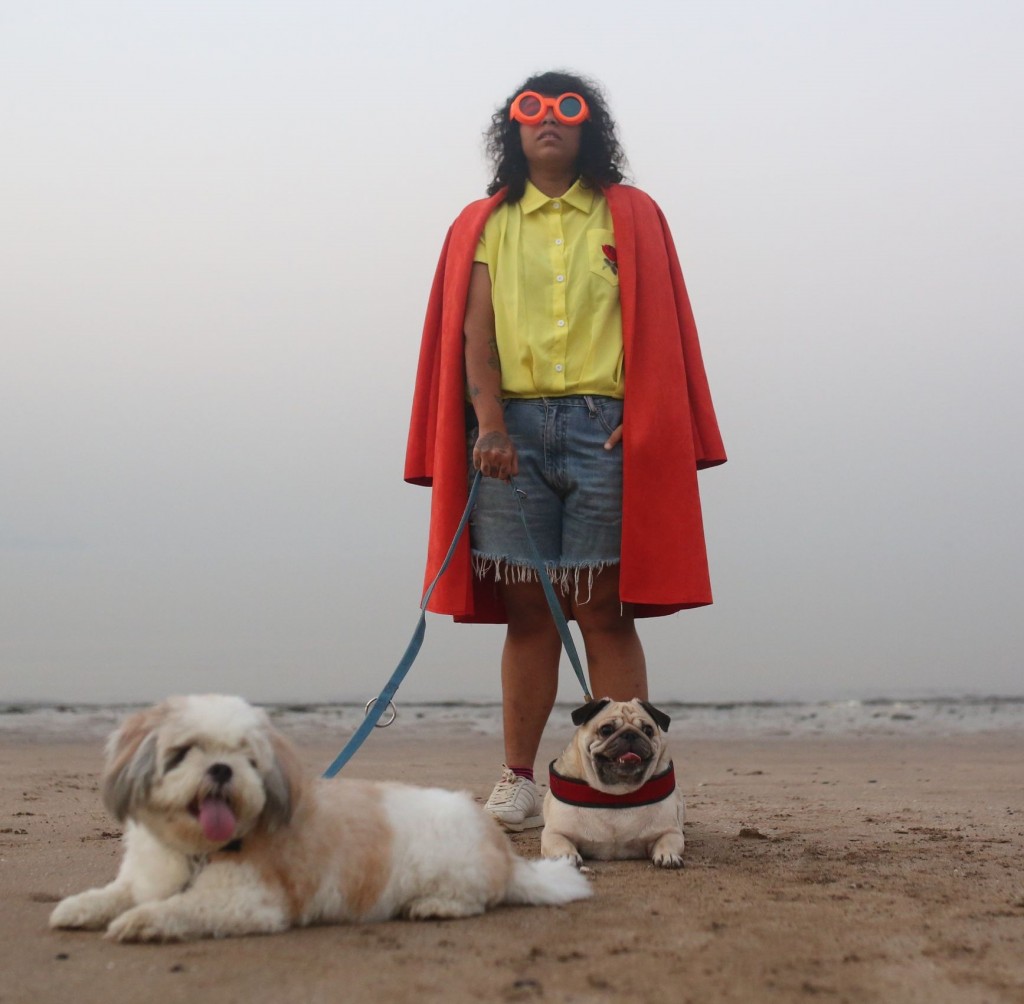 When article 377 was scrapped in 2018, it was a big win for the country. But respect is still a far cry. According to Monisha, there are so many things which still cannot be spoken about. “That is why I express myself through work. There’s so many restrictions, that brands can still say no and all my conceptualisation will go out of the window.”

While individuality is Monisha’s strongest point, to be able to find a partner independent like yourself is a challenge. She says, “I want to be with someone who is doing something with their life, rather than being financially dependent on me.”

Monisha draws inspiration from artists around her. This keeps her going. Though she has plans to leave the country owing to how the society is still apprehensive of the community, Monisha does want to make a documentary. One that enables her to give back to the community.

All she has to say to those unwilling to accept their reality is, “take your time to process this. Talk to a person you trust. But begin with loving yourself!”