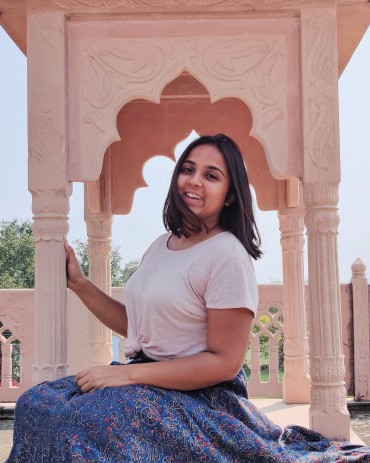 Travelling is usually associated with hotels, spas, food, shopping, museums and transportation. But for backpackers like Avantika Chaturvedi, travelling is not a vacation. It is a way of being.

“Solo travels were a form of rebellion for me. Only because others told me I couldn’t do it. Travelling alone lets me be, it’s my freedom of movement,” says the 21-year-old whose first solo trip conceptualised without her parents knowing about it.

An old trend, but increasingly becoming popular due to the self-esteem boost it offers. With the added benefits of planning your schedule, trying out places you wouldn’t with a group, sticking to a budget, reconnecting with yourself, talking to locals, understanding the history and geography of the place, solo travel is on every individual’s bucket list now.

Though being in India and on top of that a part of the gender group that is still fighting its equality battle, Avantika feels that solo travels have made her tougher. “When I’m alone, I will completely immerse myself in the local culture. This allows me to get rid of my fears.”

Women in India are still hesitant to move around alone, and travelling solo is still not an option for many. Their families won’t allow, the fear of being judged and of course security being the biggest hindrance, women are yet to fully indulge in solo travel.

“Yes, I agree that I come from a place of privilege that enables me to do this. But I’ve established a pattern with my parents. They know exactly where I am going, one call a day is mandatory, and I will let them know if I’m going to a remote place which might not have signals. There’s a mutual understanding of respecting each other’s worries,” says Avantika.

Her blog, Wayward Wayfarer, is a comprehensive account of her travels, what she learnt, tips for fellow travellers and even a segment where she will plan a trip for you by asking your requirements.

A literature graduate from Delhi University, Avantika’s first kick to travel came in while she was in college and went on a trip to Dharamshala. “I liked the idea of being alone and doing the things I want to do,” she says.

And then there was no looking back. Her idea of solo travelling is perhaps more on the lines of living like the locals. The budget is minimum and for bare necessities. She will question and differentiate between the need and the want, if indulgence is knocking on her doorstep. Transport is either her legs or buses. Food is what is locally available and not chips, cold drinks or meals at cafes. “You see this is not a vacation for me. I want to go from one place to another and learn different things. Luxury is not an option.”

Avantika is ardent about her idea of entertainment. She says that if you’re travelling with a group, you won’t ideally be submerging yourself in local traditions. “If I’m bored, I will read a book, find out about history, talk to strangers.”

Obviously, there have been instances of both good and bad for her. Once a guy followed her and even sent her a picture of her bed at the homestay she was staying in Nagaland. “That was bizarre. He sent an Instagram DM, and I hadn’t uploaded anywhere where I was putting up.”

Though she says she came out of it pretty quickly. But good deeds have dominated. In Pushkar, a truck driver gave her a lift when she had to catch a train. “He was so sweet, consciously respectful and didn’t cross any boundaries. We ended up speaking about politics, the city and its people,” remarks Avantika.

For this Wayward Wayfarer, her travels are not a checklist she wants to complete. This is also the reason she’s yet to meet a fellow traveller who matches her frequency on this exploration.

Avantika’s travels have included Himachal, Ladakh, Nagaland, Hampi, Gokarna and Rajasthan. Next on her list is Kargil. “I will get to meet the Drogba tribe and also see the apricot blossoms!”

Three biggest tips she says would benefit travellers are a first aid kit, a blanket and for women menstrual cups. With travellers like Avantika normalising solo expeditions to the extent that it isn’t ‘weird’ or ‘lonely’, it’s time the country also has safer norms for women who wish to get out and explore. Without anybody.