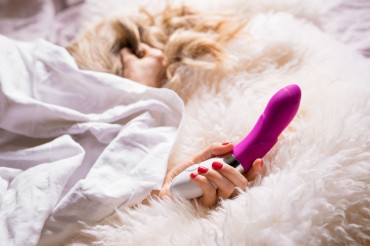 Sex Toys for Females Are More Common Than You Think

Let’s face it. Telling your friends (or anyone you know for that matter) that you’re into dildos and vibrators isn’t the most exciting thought. I mean, who talks about these things? We may be living in a “liberal” world but that never spares us from the scrutiny of the prying public. You’re free to do whatever you want alright but that also gives people equal opportunity to say whatever they want. This is a tough world we live in without doubt. It always seems like everyone’s your friend and enemy at the same time. This has become doubly true ever since social media exploded.

Nowadays, whatever you post or don’t post online become a big deal. One day, you sleep with your mouth open on the subway and the next day, it goes viral. One day, you break up with your kinky and pathetic boyfriend and the next day, you have nude pictures floating around the internet. We are living in an age where anything and everything you do concerns other people. It would seem that we have more freedom than ever to act however way we want but it also seems like everyone is watching.

Anyway, even with the entire hullabaloo on social media, one thing is certain: This is your life and you have all the right to live it the way you want. That is, as long as you don’t hurt others doing so. This goes for your sexual preferences and fetishes as well. Never ever let others make you feel like you can’t exercise your right over your own body. You alone know what’s best for it. And you’re the only one who can make yourself happy. You should be the one to decide what you like and don’t like. In other words, you can pleasure yourself as you see fit.

Thanks to today’s technology, you don’t need the help of another to meet your sexual desires. You can pleasure and satisfy yourself even when you’re all by yourself. This is all made possible with adult toys.

Self-Stimulation Is Not A Crime – It’s Healthy Even!

For men, the stigma may not be as strong since they are dominantly viewed as sexual beings. Well, news flash! All of us are sexual beings. The human race in general is constantly bombarded by the need to pro-create. If we talk science, it’s a function that ensures the survival of our species. So it is in no way you’re fault that you persistently feel the need to pleasure yourself – even when you’re a woman.

Are Sex Toys For Females Common?

Very much. Women all over the globe are increasingly becoming more open about “vaginal stimulation.” After all, women aren’t that different from men on an anatomical level. I mean sure we have different sexual organs but the function is basically the same. For men, it’s the penis. For women, it’s the clit. That’s basically the only thing that’s different. The need to satisfy sexual desires is practically present in both sexes. It is a need experienced by people of all orientation. Luckily, adult toy companies, like http://www.homemade-sex-toys.com/best-sex-toys-for-women, recognize these needs equally and manufacture items that are not just meant for the male demographic but for females and other genders as well.

The most common toy made for women are vibrators. I tell you, it is so common for a woman to have one that I bet some of your friends own (and use) the device discreetly. Manufacturers are even kind enough to produce them in low-key designs. Some vibrators are disguised so adorably that you wouldn’t know it’s one! There are all sorts of designs and they are sold in different sizes, depending on user preference.

Dildos are also common and they’re not just exclusively used by single women. Some couples use this item to make their sex life a little more exciting (if you know what I mean). There are also what we call “Kegels.” This looks like two balls aligned with a string. It is inserted into the vagina and is expected to cause pleasurable stimulation. Kegel balls were originally created to be used for vaginal exercises. Pregnant women used to wear these to strengthen their vaginal muscles. It is said to help manage the pain of birth contractions. Let’s just say that someone somewhere decided that she can use Kegel balls for “other things.” Now, it is considered a common adult toy.

Whether you buy one or not, I’ll leave that up to you. But if you’re curious, why not try right? 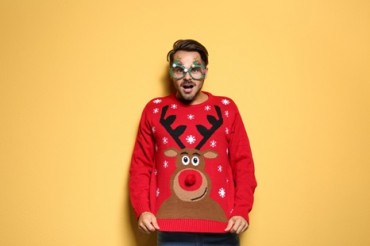