Laxmi Devi, a girl living in a small town in Jhadol Tehsil which is three kilometers away from the center of Jhadol villlage was sent to school but never taught about the need for knowledge and its application. She was born in the year 1989 when awareness of the requirement for education was not in abundance and in such a small village it was almost non-existent. she was never made to understand how crucial it was to learn and thus she never took it as a priority.

Being a resident of a small village with no schooling facility she used to go to a nearby village government primary school that was 3 kilometers away; every day she went to school to learn for years and managed to pass examinations till ninth grade but due to exhausting regular commute and lack of resources she lost interest and could not qualify in her board’s exam. At that time she did not know tenth boards are crucial and basic matric qualifications are mandatory for almost every job.

This one wrong step taken at a tender age changed the whole direction of Laxmi Devi’s life as if her brighter destiny was stopped and made to return, instead of being motivated to try again she was made to drop out of school and she was kept at home learning household tasks, slowly she too started believing it was alright to drop out, to make life easier she began accepting what life and people threw at her. 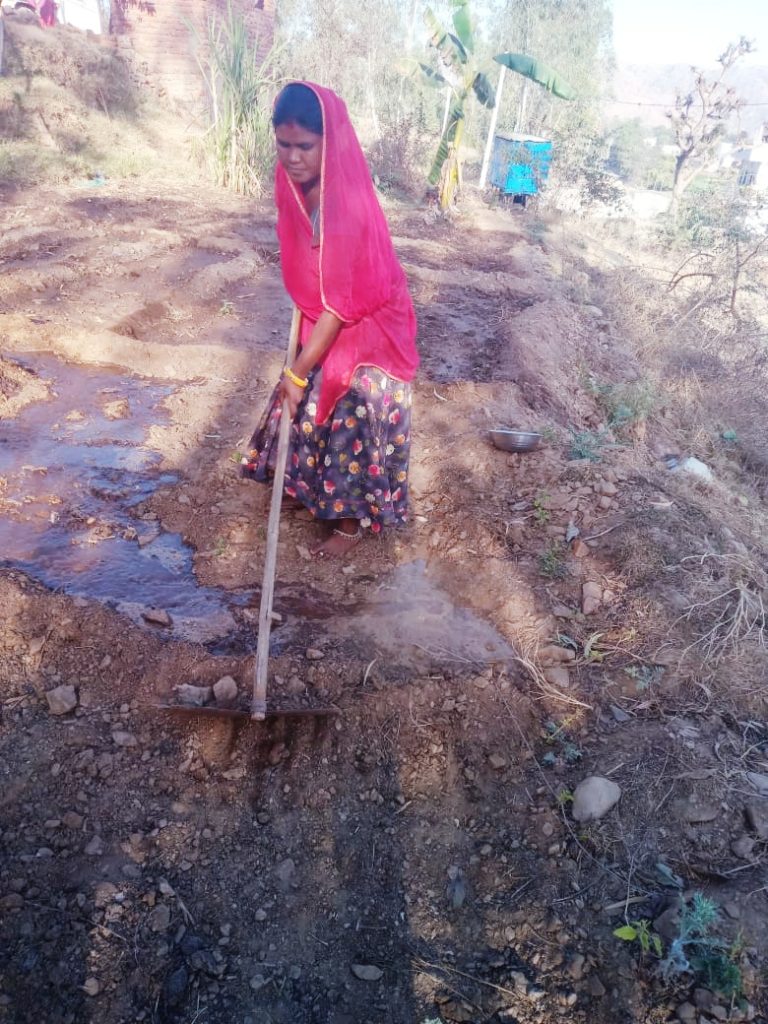 Later in less than 3 years, she was married to a man in the neighbouring village and thus she had to shift to Ganeshpur village 10 kilometres away from her parent’s house. Even when life did not give her what she wished for she stayed positive and kept going. Her in-laws used to do farming for a living and due to lack of helping hands, she started helping her husband with the farm work, doing all the hard work shoulder to shoulder with her husband.

With passing time she started to accept her situation and started to spin her new household life and gave birth to two children one after another and with that, her responsibilities increased manifolds. Now, she had to manage farm work, do household chores, take care of children and teach them. By now she knew the importance of education and wisher her children to excel in their studies and always focus to provide them with resources to study.

Initially, when her son was young she could teach them but as they grew up she realized the hindrance created by her lack of academic knowledge, she was unable to help her children in studies- she could not answer the questions asked by her kids, her husband too was not very well educated as he too belonged to a small town whose family never pondered any thought except farming; on the top of this the family barely earning enough for bread working continuously on the field could not afford tuition fees and thus she started feeling helpless in the situation.

That’s when she came in contact with Pratham and they took the responsibilities to educate Laxmi Devi for the tenth board examination under the Second Chance Program and she joined the Jhadol Center of Pratham.

After sixteen years of gap, Laxmi has decided to get back to studies as knew it is never too late to start doing the right thing. But adversities clung to her like leeches, Covid pandemic had shut down all the schools and centers but with time things started smoothing over, online notes were shared and guidance was provided. Initially, she found the course easier as she used to teach her kids who study in fourth and fifth grade but later chapters get tougher but this time, she has decided not to kneel down, she is determined and has made her mind to appear for Boards examination in April and keep continuing the studies, she wishes to pursue Home Science further.

The determination and zeal to fight through every adversity are the real heroic qualities we fail to acknowledge and the woman like Laxmi Devi who stands straight against her own failure, society’s stereotype, and time itself is the unsung hero.