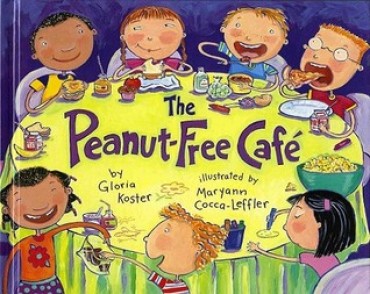 Come January and February, the literary world goes into overdrive with “lit fests” and book fairs being organized all over the world, and India is no stranger to this phenomenon. Each one of these festivals becomes a crucial platform for new books to be launched and made available to an eager intelligent audience who is hungry for good stories, good plots, good language… basically good food for thought. But what about the audience that is simply hungry for good food?

And by that I don’t mean those who seek cookery books. I mean those who seek culinary literature wherein food is the protagonist around which the story and plot revolve. Stories of how mundane things like strawberries or chocolate, spinach or pasta or even peanuts can influence someone’s life.

One of the major influences in my life that lead to me pursuing culinary arts as a career was the rich variety of culinary fiction my parents made available to me during my childhood abroad. The very first culinary fiction book I read was Strega Nona by Tomie dePaola, a story about a kind witch’s magic pasta pot. Having read this story with my mother, I was introduced to our very own Indian “magic” pot, the Akshaypatra, the legendary mythical vessel which never goes empty! Strega Nona was followed by books like Strawberry Girl by Lois Lenski and Chocolate Fever by Robert Kimmel Smith. Each of these books were centred around food and though I didn’t realize it then, taught me some subtle lessons.

When Big Anthony (Strega Nona’s helper) tries his hand at her magic pasta pot and the magic back-fires, it was a silent reminder of mom’s lesson not to touch something that didn’t belong to me. And when Henry Green of Chocolate Fever got that “chocolate-flavoured-chicken-pox-like” illness because of a chocolate overdose, it permanently banished any thoughts of going gluttonous over my favourite confection! I learned about the trials and travails of early 20th century American strawberry cultivators by following the life and everyday adventures of Birdie (the strawberry girl) in one of my history lessons in school. It sure was a history lesson with a difference!

Somewhere along the way I also read books from the Amelia Bedelia series which was entertaining all the way, but gave me tiny lessons on the dos and donts in the kitchen, like tea cakes are not cakes made using tea (though today it sounds like a great idea!)or the term ‘scraps’ when used in the kitchen don’t mean pieces of cloth but leftover food. 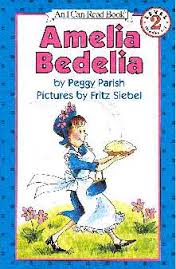 These books also helped me understand the way American kitchens and families functioned. Another book I remember enjoying was Walter the Baker by Eric Carle, wherein Walter the baker makes a mistake in his bakery, leading to the invention of pretzels. I remember the story vividly even today when a mistake I make in a real kitchen ends up as a new creation.

I was thirteen when we came back to India and I searched long and hard in the libraries here for similar books which would provide insights to my own culture and would also teach me about life without being preachy. But sadly I drew a complete blank. Yes, there were plenty of culinary references in folktales and stories of Akbar and Birbal (Birbal’s Khichdi being an example), but no food-centric novel for children or teenagers. Legends about the origins of dishes were abound and reading those helped too, but the magic which I had tasted through those illustrated books which seemed to be written by someone who was a child at heart was missing.

Over the years, I have been happy to encounter many food-based novels written for adults. Many of us have admired the grit and determination of Vianne Rocher in Chocolat, as she sets up a shop in a devout French village during Lent and makes friends through chocolate-making. We also toured the Tuscan countryside with Frances Mayes as she discovered the Tuscan culture, traditions and people through food. Here, our Indian authors have also come out tops with books like My Mother’s Kitchen (Meera Ekkanath Klein), The Mistress of Spices (Chitra Banerjee Divakaruni) and Chef (Jaspreet Singh). But sadly, none of these were written for the young audience.

Luckily, thanks to relatives and friends who frequent foreign countries, I have been able to get a glimpse of food-based children’s books from time to time. And it’s been very interesting to see the shift in culture through the themes followed. Earlier, Eric Carle wrote about mistakes leading to inventions but over the years, he probably felt the need to document the culinary era preceding the onslaught of processed foods. Through Pancakes, Pancakes! he shows children how pancakes were made before pancake mixes hit the shelves, gently showing us the effort that went into making simple things – one had to get flour from the miller, milk from milkman, butter had to be churned at home and the fire had to be lit after chopping firewood. Others like 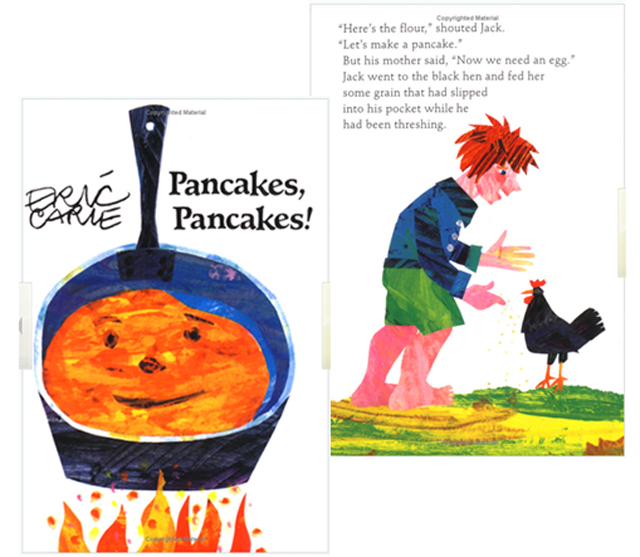 Patricia M. Scarry and Gwendolyn Zepeda chose to document holiday traditions through their books The Sweet Smell of Christmas and Growing up with Tamales. Yet others like Gloria Koster (The Peanut-free Café), James Howe (Horace and Morris Say Cheese (which makes Dolores Sneeze!)), and Nicole Smith (Cody the Allergic Cow: A Children’s Story of Milk Allergies) chose to gently teach children about food allergies, a rising phenomenon in modern families, and how to cope with them.

Though I liked all these books, the one set of books I liked the most is the Recipe of Adventure series authored by television chef Giada De Laurentiis. Through the endearing brother-sister duo of Alfie and Emilia who get transported to different cities around the world by eating their aunt’s magical cooking, she has in a gentle, fun way taught children how to discover other cultures through food.

In an age when Indian food is grabbing headlines like never before and regional food is being documented for posterity, I feel the time is ripe for our regional authors to also tap into their own childhoods and dish out some friendly food books. A book about food need not always be a cookbook with intimidating lists of ingredients, tips and techniques; sometimes these little gems of food seasoned with fantasy, imagination and fun can make for equally delicious reading!