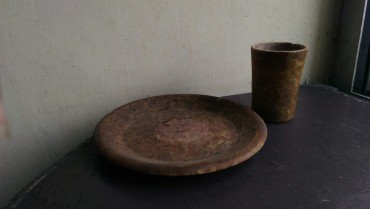 History is known to repeat itself and going by the new and upcoming culinary trends, the Stone Age seems to be upon us! Everywhere I look I see stones being put to good use in the kitchen – be it the common sight of a stone mortar pestle or flour mill in a regional kitchen or the more ‘exotic’ sight of a pizza stone in a pizzeria or cold stone ice cream at a sundae shop…. Stones seem to be everywhere!

And why not? For ages now, stone has been a silent member of almost every Indian kitchen. It has been used to process food since the beginning of time. In fact, it can be comfortably stated that a fist-sized stone was the first ever kitchen tool used by man. Archaeologists have discovered stone tools with traces of food like fish or meat tissues stuck to them, dating back to the Paleolithic Age.

Slowly, over time, as evolution progressed and man’s intellectual capacity and observatory powers increased; as agriculture became an organized practice and man began settling in once place, other ways in which stone could be used were discovered. By the Harappan era, man had progressed to making mortar pestles, flat grinding stones and flour mills. 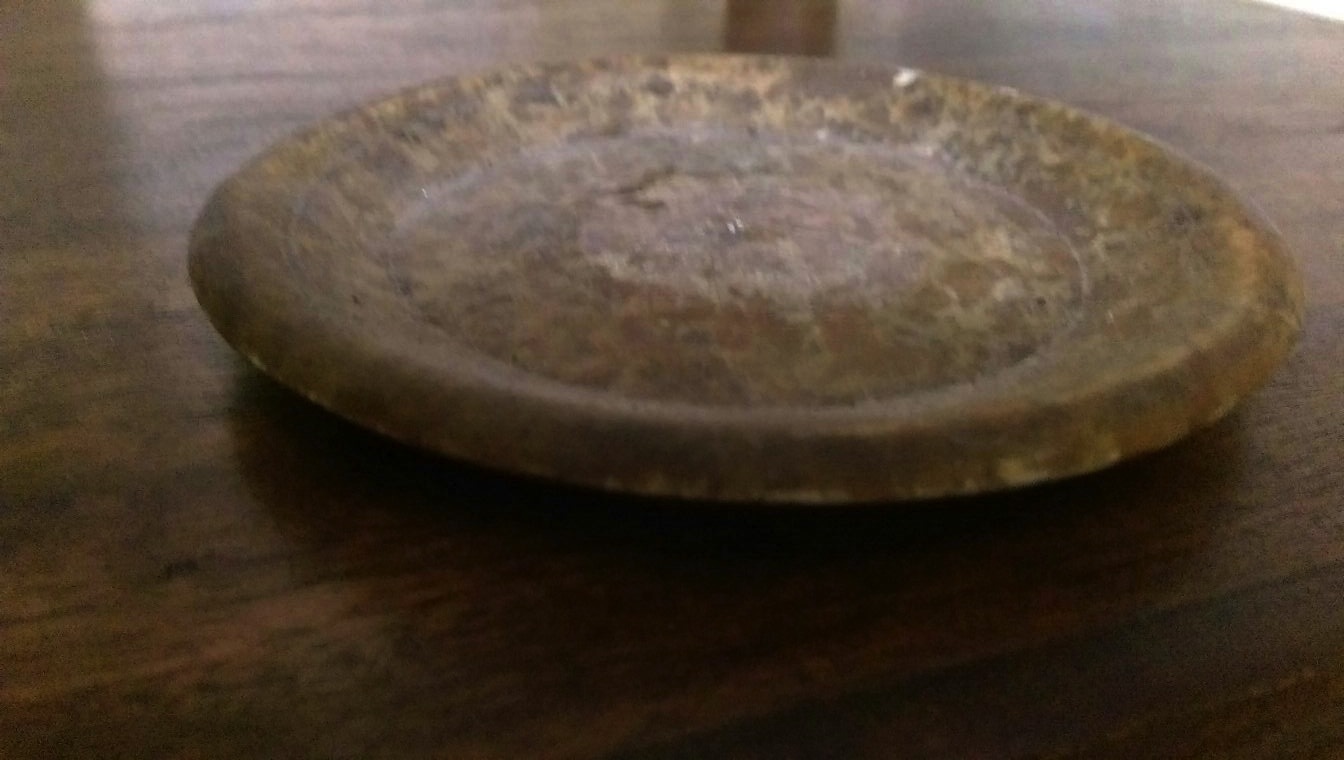 According to ‘The Early History of Jammu Region’ penned by Rajkumar, vessels made from Serpentine were used during the Neolithic period in the Akhnoor region. There are also references made by Sir Walter Roper Lawrence, one of the earliest travelers to explore the Himalayan regions, of the use of soapstone (locally known as Sang-i-Nalchan) to make cups and plates in the same region. In fact, the writings of these travelers shed light on a very interesting use of stone as cooking vessels – predominantly as lids. The high altitude of the Himalayan regions results in a lengthy cooking process – particularly for meats. The heavy stone lids when used, would trap all the steam inside the cooking vessel to create something very much like a primitive pressure cooker. Not only did this reduce cooking time, but the steam condensing on the stone and falling back into the food would delicately infuse it with vital minerals too.

Though today the use of stone in cooking is seen neither in Jammu nor Kashmir, it is found in Ladakh, where it was brought by the Baltistan traders of yore. The traders brought stone cooking vessels and in return took back apricots, almonds, barley, butter and coarse wool. Today, some of these vessels can be seen in use in places where the local beverage chhang is still made the traditional way. And anyone travelling to the Zanskar Valley will be lucky enough to sample Sephe Tagi (bread made from freshly sprouted wheat) that is still cooked on hot stone slabs. 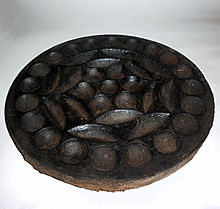 Stone vessels or stoneware are neither new to India, nor have they ever gone out of fashion. Traditionally many states and regions have always been famous as markets for stoneware. The karga craftsmen of Orissa and West Bengal have been synonymous with stone utensils, jars, containers and glasses made from a variety of stones like soapstone, Kochila stone, Nilgiri stone, Kendumundi stone and Serpentine. The black stone plates of Bihar have not only found patronage in wealthy homes in the state but also in more legendary kitchens, such as that at Shantiniketan founded by Guru Rabindranath Tagore. There are several accounts of the celebrated poet’s friends being treated to delicious meals served on these black plates.

Bengali households were particularly partial to stoneware and still are. Mrs. Amita Dhar of Kolkata still cherishes the stone bowls, plate and glass she got from her grandmother as heirlooms. Her daughter Anindita, fondly recounts how when her son was given solid food for the first time, he was fed from the stone plate and glass. Orissa is not far behind. Some housewives in the state still insist on storing pickles in stone jars to keep them fresh all year long.

In Himachal Pradesh, no festival is complete without “askali” (dumplings made of rice or lentil batter), which are made in a stone vessel called Askalu, that has small depressions on its surface, which are first smeared with oil or ghee and filled with batter.

And if you travel to south India, you will be lucky to be able to sample food made in Kalchattis. Mr. Y. K. Murthy, a connoisseur of antiques has taken on the task to bring the Kalchatti back to the limelight. His website (ykantiques.com), not only features his admirable and enviable collection of kalchattis but also gives vital tips on the seasoning, storage and handling of these timeless yet delicate pieces of history. Speaking of south India, mention must be made of two delicious uses of stone in cooking. One of course, is the Hyderabadi ‘Patthar ka Gosht’ (marinated morsels on meat cooked on a flat stone) which are famous with non-vegetarians the world over. 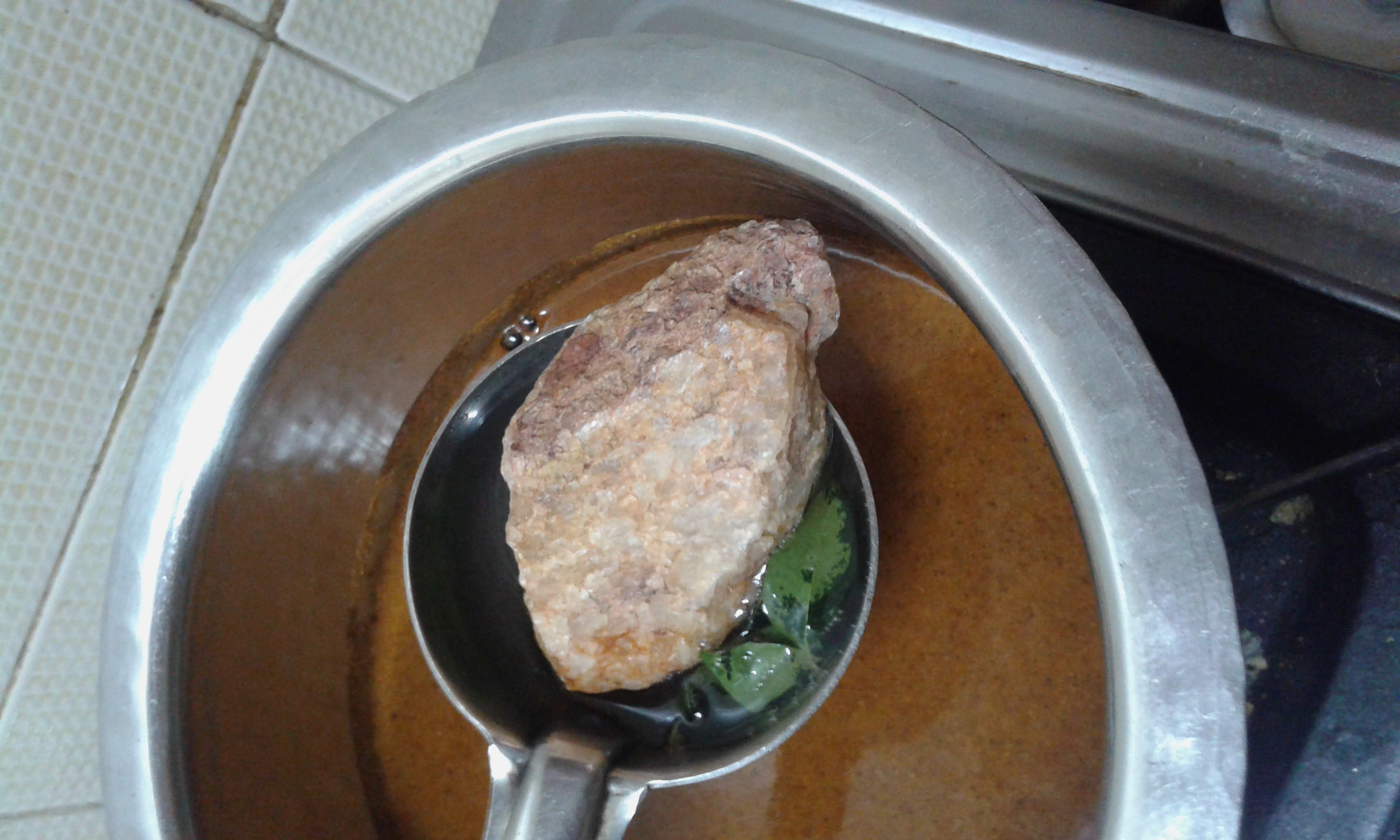 The second and more intriguing is the use of the stone “Borkallu” as an ingredient in tempering (tadka). Similar in concept to the Thikri ki Daal of Rajasthan, borkallu is a vital ingredient in making Huruli Sambhar of Karnataka. I was introduced to this wonder ingredient by Prof. Manoj Belwal of the WelcomGroup School of Hotel Administration (Manipal), who explained, “once the huruli (horsegram) is cooked with water, spices and salt, a little coconut oil is heated in a ladle. The borkallu is added to the hot oil with mustard seeds and curry leaves and as soon as the spices crackle, it is added to the sambhar, covered with a tight lid and simmered for a few more minutes.” The stone in this case, acts as a flavouring agent and imparts the unique taste that the dish is known for. 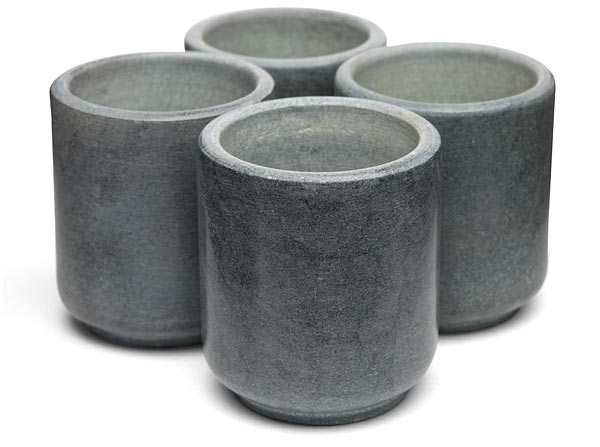 However, stone is not limited to its use in the kitchen. Of late, it has come out of the kitchen and entered bars as a rather fashionable element, in the form of whiskey stones. 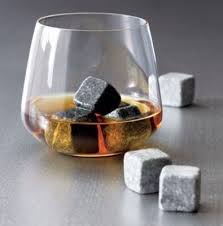 Whiskey stones are soapstone cubes, which are chilled and added to drinks instead of ice. They retain the cold and keep drinks cool for a longer time without diluting them, as ice does on melting. In fact, nowadays shot glasses made of these stones are in vogue as they diminish the cost of making or buying large amounts of ice. These stones are also used as tea or coffee stones. They are simply soaked in some hot water and added to tea or coffee cups to keep them hot.

So the next time you stumble upon (literally or figuratively) an interesting looking stone somewhere, think of the million ways in which it could just help you in your own kitchen!