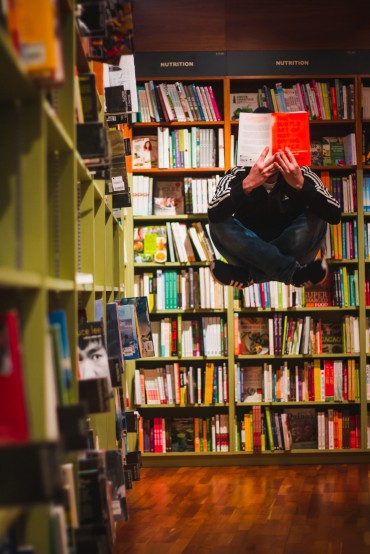 Read These Top Hindi Books of 2021

If you are bored of your regular life, watching digital content on social media, are planning to read some amazing books, and if you haven’t read Hindi books in a long time, this is the time you should totally give it a try.

Hindi language has all kinds of stories and has a very rich literary heritage. Here is a list of 5 best and most popular works in Hindi by HarperCollins Publisher India, which you must read.

Amma Bi is an elderly widow who lives alone in her deserted Lucknow haveli. Every afternoon, at precisely 3 o’clock, she hears the sound of unknown footsteps. Every afternoon, she peeks out, but no one is there. In a state of growing panic, Amma Bi considers moving to an old people’s home, before finally taking in a lodger — a winsome young woman named Sabiha. Her arrival fills Amma Bi’s lonely world with love and laughter, and Jumman, the household help, is transformed as well. When Sabiha finds herself in trouble, Amma Bi must draw on hidden reserves of skill and empathy in order to resolve the situation… Dopehri — legendary film and theatre personality Pankaj Kapur’s first novel — is a wonderfully evocative work of great charm, wry humour and quiet power, a story that readers will fall in love with.

Harpercollins brings out the best of Surender Mohan Pathak in a five-book box set for the fans of the undisputed king of crime fiction. Painsath Laakh Ki Dakaiti, 6 Crore Ka Murda, Jauhar Jwala, Hazaar Haath and Daman Chakra are the most loved novels in the popular Vimal Series written by Pathak. They have each sold over 50,000 copies on their first release and now they have reissued them after nearly two decades. So let’s brace ourselves for some perfect stories!

Zero Line Par Gulzar is much more than just another book on Gulzar. The author, who has known Gulzar for over two decades now, looks at Gulzar’s non-film writings from the perspective of an artist, a painter, and a critic. Through Gulzar’s writings, the author paints a detailed portrait of a sensitive writer’s literary life, who has largely been known for his popular work as a lyricist and film-maker. Partition, terrorism, nostalgia, love and longing. These are some of the themes Gulzar is often associated with. This book probes his entire body of work for the writer’s other great concerns: natural disasters, manmade chaos, treachery, politics, and survival amidst them all.

As a child, all Aatish Taseer ever had of his father was his photograph in a browning silver frame. Raised by his Sikh mother in Delhi, his father, a Pakistani Muslim, remained a distant figure. It was a fractured upbringing which left Aatish with many questions about his own identity. Stranger to History is the story of the journey Aatish made to answer these questions. Starting from Istanbul, Islam’s once greatest city, he travels to Mecca, most holy, and then home through Iran and Pakistan. Ending in Lahore, at his estranged father’s home, on the night Benazir Bhutto was killed, it is also the story of Aatish’s own divided family over the past fifty years. Part memoir, part travelogue, probing, stylish and troubling, this outstanding work now includes an incisive new introduction which brings Aatish’s story up to date with the horrific assassination of his father in early 2011.

An astounding collection of personal and political stories set in varied locales and cultures. In this collection of sixteen stories, Gordimer brings unforgettable characters from every corner of society to life: a child refugee fleeing civil war in Mozambique; a black activist’s deserted wife longing for better times; a rich safari party indulging themselves while lionesses circle their lodge. Chhalang is a vivid, disturbing and rewarding portrait of life in South Africa under apartheid.

3 Ways to Recover after a Workout

All You Need To Know About Health And Fitness