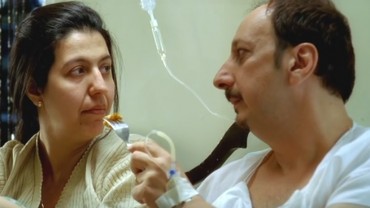 India is a country which is extremely vibrant and colourful. We as people love colours and the use of it. Complimenting perfectly with this vibrancy is the entertainment industry, Bollywood. On sociological terms, the biggest escape for people from the daily chaos is watching films. It caters to our need for getting a handsome dose of amazing visuals which are larger than life.

However, the fate of parallel cinema in terms of money making is less which discourages producers to really attempt making films of that kind. So in the past 10 years, India has seen a lot of quality short films which deal with bold and intellectual subjects. The biggest advantage with short films is that it does not require a bid budget.

We list down 5 short films that are a must watch for all cinema lovers!

Directed by Anurag Kashyap, the film has Radhika Apte playing the lead role. The movie is primarily based on the issue of molestation and eve teasing. There are a lot of films and short films already out there which are made on this subject but this film stands out simply due to its treatment and rawness. The film is made under the banner Large Short Films and is a treat to watch!

This is a quality film made by none other than Mira Nair. It is written by Zoya Akhtar and Vishal Bhardwaj and we know that these three reasons are enough for you to watch this film! Just a heads up, this film focuses on AIDS awareness.

India Film Project is a 48 hour short film competition which produces some quality films every year. It is indeed amazing to know that how beautifully these films have been produced within such a short span of time. Iris has the context of sci-fi in it and manages to keep you thrilled till the end.

The acclaimed director Sujoy Ghosh produces this gem of a short film. The film is in Bengali but still manages to keep you thrilled till the end. The film is based on the concept of Ramayana and Radhika Apte is a major attraction of the film.

A heartening film on family values by Kaushal Oza, Afterglow is a National Award Winning Film for the Best Short Film at the 60th edition. The film is a tragicomedy based on Parsi widow who has just lost her husband and has visitors coming to give artificial condolences. A must watch!