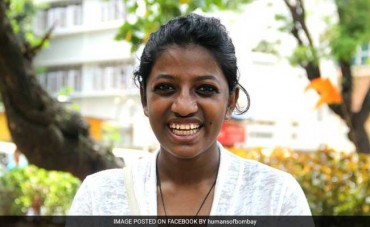 Kamathipura, the red light area has its own dark elements and the life of people there is much different than the rest of the world. It is one of Asia’s largest red life districts. What does a woman go through who is born in that kind of a world?

The story here is about one such woman, who has not had an easy journey and has faced a lot of ruthlessness but has kept on going with a smiling face. Humans of Bombay Facebook posted this beautiful interview of this amazing woman who is an inspiration.

“I was always by myself and at the age of 10, one of the professors at my school took advantage of the situation and raped me.” Imagine a girl who is as young as 10 years old going through something like that. One normally might break down but this girl took it courageously and today is successfully leading a happy life.

Read the full interview to get inspired!

“I was born in Kamathipura. My mother used to be a sex worker because she was trafficked here from Kerala, but when she met my father who fell madly in love with her — she gave it all up. Even though they were married and she started working as domestic help – my family couldn’t afford to move out of Kamathipura.

Growing up, I faced a lot of discrimination. I had everything going against me – a dark skinned Indian girl from a red light area. At school, the other children refused to talk to me or play with me. They would call me a ‘crow’ or ‘black cow’ behind my back and treat me like an untouchable. I was always by myself and at the age of 10, one of my professors at my school took advantage of the situation and raped me. Our education system is such that we’re not even taught about what a good touch or a bad touch is, so how was I to know? I was too scared to tell anyone until the age of 16 when I began therapy and realised that I had been raped.

My only coping mechanism through everything has been theatre. I’m part of a street play group where we go around explaining through theatre what a ‘bad touch is’ or about menstruation and sex. So many times, the cops in Bombay have shooed us away because they hear the word ‘sex’ — it’s so infuriating that we live in a place where we’d rather let our daughters get raped then explaining these things…just because it’s considered a taboo.

My parents moved back to Kerala in 2013, but I’ve been here in Bombay because Kamathipura is my home. And it’s a beautiful home — there’s so much love here. The women here are amazing, beautiful humans who have treated me like their daughter. I remember, a few months ago I was crossing the road when a taxi drove over my foot and refused to even stop. To him, anything he did in Kamathipura was acceptable because everyone there is ‘dirty’ according to him. But these 2-3 women charged up to him and said ‘how can you treat our daughter like this?…get out of your car and apologise’. So many times men will look at me and make lewd gestures, but these women will come to my defence and tell them to back off.

Funny, isn’t it? I was never discriminated against in Kamathipura, but I was outside. I was never sexually abused here, but I was at a school in Bombay. That’s why I’m still here. Through Kranti I went to San Francisco for a programme called ‘Girl on the Run’ and I learnt so much. I found people were so accepting of my colour, my background and my abuse. For the first time, I could speak freely about sex without worrying about a cop shooing us away. I learnt so much that I wanted to come back here and make my home a more accepting place through my theatre.

Why is beauty so superficial? You may be fair and I’m dark, but I still feel beautiful. Why is beauty associated with skin colour? Why does where I come from matter? Why can’t we see people for the good in them? Why can’t we just accept?”