> Lifestyle > Tips > 6 Internet Dangers Every Women Must Be Aware Of

Internet has reached almost every corner of the world and slowly spreading its wings to even the remotest part of our country. Internet has helped people living miles away from each other communicate better and faster with quality apps and software available for free. Social Networking is the new age lifestyle for many and you may hardly find anybody without a Facebook account.

Internet has many advantages today as it serves as the bread and butter to many bloggers like me. It also serves as the largest web of information and helps many students to study better and learn quicker. Yet, just as many scholars says, every coin has two sides, internet too has two sides: the bright side and the dark side.

Yes, you heard it right! Although, it is a very helpful tool for the current generation, it can be hazardous too and there are many evil minds out there who manipulate this great invention of mankind. These internet hazards are far more critical for women than compared with men.

In order to taste the vastness of the World Wide Web, a woman must be aware of these internet dangers which can make their lives worse if ignored.

Now online dating is the worst thing ever that happened on the internet as far my thinking goes. I believe that it’s a hazard for everyone as chances of fraud become much more intense while dating online. I am not saying it’s bad at all times and all the members on any online dating site are frauds. But it’s also a fact that, you can be easily cheated while dating online. Mainly teenagers fall into the trap of online dating and end up facing the harsh consequences.

There are many users who are registered on these dating sites in order to exploit other vulnerable users, especially the girls. If you think what harm can be done online, then you must know that there are even molestation cases registered that happened online. Many a times, few innocent users are manipulated to do as told either by blackmailing or threatening to be exposed about their dating episode to their parents. Bowing to their demands, these girls end up in much worse situations that they ever dream of. It is highly advised that one should take extra care and great precautions while dating online and should never share their personal information such as name, phone number, addresses or pictures to anybody they meet online on these dating sites.

Recently, there was a video that went viral on YouTube about a lady whose Webcam was hacked and the hacker had the access to monitor all her activities through the cam. Apart from the hacker, I would say that the lady too was at fault here as she took her laptop almost everywhere and by everywhere, I mean even in the bathroom. Also, she often kept the laptop open even if she wasn’t using it.

Now most of us are unaware of the fact about Webcam hacking. Although, I am not a very technical person, my research on webcam hacking says that it can be done quite easily with few hacking skills. This kind of hacking is quite prevalent in the United States and the victims are mostly the ladies out there. Technology is a boon for all of us but at the same time it can be used in the most destructive way possible.

So, you pretty ladies out there must always shut down your laptop and close the lid as soon as your task is complete. Also make sure to check for any kind of LED light around your webcam because if it’s ON without your knowledge then there are chances that it might be hacked too. Don’t get too obsessed with your gadgets and stop taking it everywhere you go, at least spare them during your bathroom visits.

Nobody out there is unaware of Facebook. Social Networking has blended into our lives to such an extent that no achievement is complete for us until and unless it’s shared on social networks. Whether it’s Facebook, Twitter, Instagram, Pinterest or Google+ for instance, we are always up on our toes to update each and everything that we do in our lives to our followers and friends on these social networking giants.

But again as I already said, there’s a dark side to this as well. Most of us and especially girls tend to post their personal pictures and videos that are meant for their friends or families but gets public only to be later exploited by some morons out there. Every social networking site respects the user’s privacy and hence all these sites allows custom privacy preferences for its users. To safeguard your privacy on the internet, you must understand these “Privacy Settings” and check all the important factors to keep your personal pictures and videos safe online.

Although it is not much in the news now days, there was a time when you heard a lot about MMS scandals about Bollywood actresses that were widely telecast all over popular News Channels. MMS stands for Multimedia Messaging Service and it existed before mobile internet became a culture in the country. These MMS scandals weren’t limited to Bollywood Heroines alone but many girls in India also became the victim when their nude implicit MMS videos that became viral.

Girls are mostly the victims of such MMS videos and later exploited using these videos and blackmailed into doing anything. Girls must be extra cautious today regarding hidden cameras that can be installed at Changing Rooms of Shopping Malls, Hotel Rooms, or even by closed ones. Sometimes girls are convinced into shooting such videos after being promised to be deleted later on. Don’t fall for such false promises as if the intent of the person was to delete it, then he would never shoot it in the first place. It’s completely your choice if you wish to shoot your nude pictures or videos but then you must be extra careful that these media don’t get leaked out in the open.

Just recently, there was a viral post on ScoopWhoop that talked about how the Girl, whose nude pictures were leaked online after her account was hacked, gave a quirky reply. There are many cases of account hacking all over the globe. Most of these account hacking are organized crime for money that includes credit card frauds, unclaimed banking withdrawals etc. Besides that, there are some others who try to ruin a person’s image by hacking into their social networking accounts in order to leak their personal pictures online, gather information about them, or exploit their image online.

Most of the victims here are girls who end up being blackmailed too. The account hacking is not limited to your social networking profiles but the hacker can also get into your computer or laptop if you are not careful. A simple malware or virus is enough for a hacker to access your computer without your knowledge and go through all your activities and personal belongs in there.

Last hazard on my list is being stalked on the internet. Although, it is not severe as the other hazards discussed above, being stalked can be creepy and quite irritating for many out there. Again, the main victim here are the girls. During its earlier days, both Orkut (1st social network in India and quite popular one then) and Facebook were used in order to approach a boy/girl. It was a great tool for guys to build friendship with many people especially the girls anywhere in the world. As the popularity of these social networks and its users raised in the country, the list of stalkers increased too.

Later on, some guys started approaching any female profile whether fake or real with friend requests wishing them to be their girlfriend. If the girls didn’t revert back, they started messaging them insisting to accept their friendship request. These stalkers often go too far and even ask the girl to be their girlfriend online. They also started liking each and every picture of the girl ever uploaded on her profile as well as often ping/poke her all the time whether she’s online or offline. Harassed by this if the girl blocks them, they create a new account and start over again. Social Networks is a great tool to connect with your friends with whom you lost the connection or to make new friends and network but you must be extra cautious too and identify these stalkers while interacting online.

Don’t be discouraged yet after reading these hazards on the internet for women. Internet is safe for everyone especially women, if you take proper precautions and be smart while you’re online. All you need to do is secure your PC with an ideal anti-virus software from any kind of malware. Next, you can always set the right “Privacy Settings” or preferences on each social networking profile you have online. Lastly, report any cases of harassment, blackmail or stalking online at Cyber Cell rather than being exploited by anyone out there. 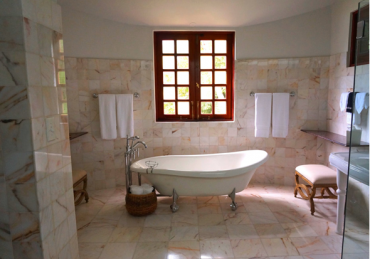 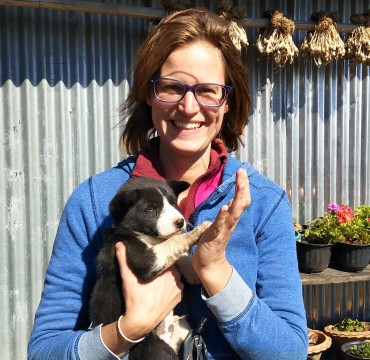 Dr Juliet -a mother, homemaker, doctor and an author all rolled in one
Pragya Sood 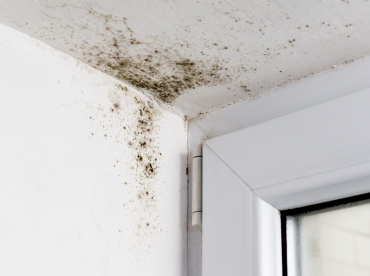 8 Spots in Your Kitchen Where Mold Can Hide
Nimmy Binson