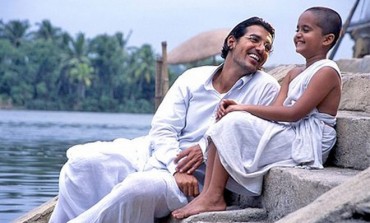 [ENGLISH – “Where is the Ashram of a Male Widower?”]

NO! This is not my question or inquiry for the rules framed for a widower (a male who has lost his wife by death and has not married again). This is the inquisitiveness of an eight year old girl named Chuhiya – a young widow who was destined to live in the shabby and dilapidated Vidhwa (Hindi word for Widow) Ashram for the rest of her life on the death of her old and sickly husband. This girl Chuhiya is the protagonist of an Oscar nominated film – “WATER” directed by Deepa Mehta starring Lisa Ray and John Abraham.

Yesterday, I saw this movie for the sixth time. The movie once again enveloped me in its emotional grip leaving me in awe at the horror of the brutalities meted out to the widows in India pre-independence. I consider myself fortunate enough to have grown up in independent India where myths and practice of many brutal laws for a woman like Sati (the former Hindu practice of a widow throwing herself on to her husband’s funeral pyre), Dudhpiti (female infanticide) and Bal Vivah(child marriage) are debunked. But mind you, the after effects of these laws are still evident in Indian families clipping the wings of many modern women. I would say that we, diplomatic Indians, have adopted a more refined version of these laws. Isn’t it? Though, fortunate widows of 21st century in India can escape from physical harshness, but what about constant social censure that a woman has to bear of the circumstance that she has no control over? Is the condition for divorced women different? In rural India and many orthodox families, widows are still called a witch who has swallowed her husband and are thereby their presence in social ceremonies is deemed sinister.

Widowhood – I would say is another form of patriarchal suppression on the freedom of a woman. There are several frames pre-determined for women by this patriarchal system and if the woman does not fit to any of these frames – she is condemned and isolated by the society. According to holy Hindu scriptures, a widow is left with only three options – One, to marry a husband’s younger brother, if his family permits; two, to kill herself on a funeral pyre; three, to live a life of celibacy, discipline and solitude amongst her own kind. For ages, women were bound by these patriarchal rules made for the benefit of man. When a widow in this film Shakuntala asks Narayan (a character played by John Abraham who is against this system of injustice and is an endorser of the revolutionary movement of Mahatma Gandhi) – “Why widows have to suffer after their husband’s death? I am sure there might be some rational put forward by our ancestors.” To this Narayan says, “There’s no rationale. It is a pure kind of business in name of the religion. By abandoning a dead son’s wife, a family can save one corner of the house, one bed, few sarees and food.” 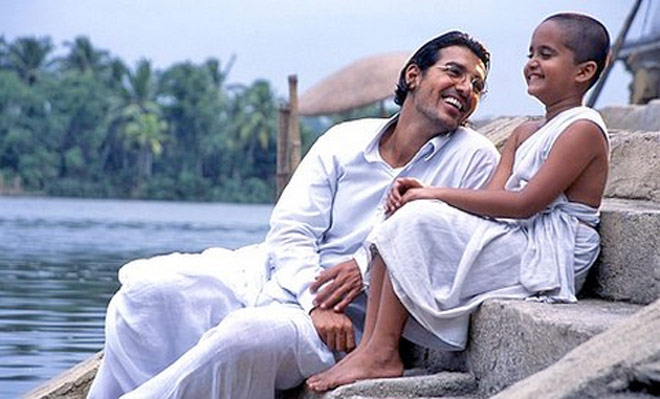 The film demonstrates Deepa Mehta’s extensive research on the widows of Banaras. The film revolves around three main widow characters. One among them is Chuhiya who is naive and yet bold to question the rigid norms set out for her. Second is Shakuntala Devi who has lived long years of sacrifice and discipline. The years of widowhood has played havoc on her body, the film shows that how every woman wants to remain charming and has a desire to get accepted by the society. Third character is of Kalyani devi played by Lisa Ray who falls in love with Narayan. She is forced into prostitution by the main widow leader of Ashram – Madhumati to run the Ashram. This movie has underlying subtle messages to offer every time you watch. It has the power to stir in you your deep seated emotions and provide them a platform of visibility through your eyes. The dialogue in the context of re-marriage that touches my heart each time I see this movie is – “We are well aware of the laws and the changing times, but we do not accept something from which there is no benefit.”

Why am I discussing about this movie today? Today is INTERNATIONAL WIDOWS DAY. So, while celebrating one of the wonderful art works on widows by Deepa Mehta, this article is in commemoration of widows pre-independence who were left to suffer and die on the ghats of Banaras. And, if you have not watched this movie yet, do take out time today to watch it, I am certain it will leave you speechless on comprehending the severities of widowhood in India that these women went through. Education has armed woman to break the societal norms but I surmise that it will still take another four or five years more to change the mental attitude of the society.