> Exclusive > My Voice > “Make Me More Than Beautiful” : An Appeal To The Adamant Advertisers 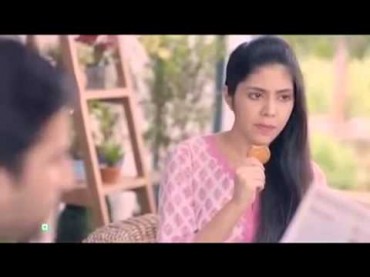 This article examines the recent brands that are coming out from the closet of stereotypical representations of women. Brands are taking initiatives to sensitize the viewers on gender roles and issues. Happy realization … isn’t it? No, the story doesn’t end here! This article is the awakening call to the adamant advertisers who still have confined women in limited roles of a dutiful housewife, a house cleaner, a caring mother and an object of sex. So, let’s give them a broader perspective of what a modern day woman stands for!

I AM A WOMAN AND NOT A KELLOGG’S “K” FIGURE:

#BREAKINGSTEREOTYPES campaign of a new match-making site trulymadly.com was all the rage this week where people across the country posted their pictures on Facebook and Twitter holding placards of statements like – “I am a Fashionista and I don’t Believe in size zero”, “I am not a Homemaker and I love to cook”, “I am from Delhi and I am not a Rapist” and many more statements like these gave people the platform to break the rigid fences of over-exaggerated social stereotypes. Therefore, in front of these adamant advertisers, I would like to hold a placard saying, “I am a Woman and I am not a Dumb Sensual Mannequin”. “What is a mannequin?” Jean Kilbourne who has done an extensive research on the portrayal of women in advertising defined ‘Mannequin’ as – “The sex object, whose only attribute is conventional beauty. She is tall and thin, with very long legs, perfect teeth and hair, and skin without a blemish in sight. Underneath the surface, there is nothing. The mannequin’s beauty is merely superficial. She is used to advertise cosmetics, health products and anything that works to improve the appearance of the body.” Haven’t brands reduced a woman to a mannequin damaging her social status?

Advertisements of beauty products compel women to buy their products to achieve the perfect beauty standard defined by them. The pressure to maintain a Kellogg’s “K” figure starts right from adolescence forcing young growing girls into the vicious circle of dieting, beauty therapies and plastic surgery undermining the importance of their intellectual faculties. The result is many girls who are average or underweight think they are overweight. They become prey of bulimic condition and binge-eating (excessive eating followed by fasting in the pursuit of losing weight) thereby suffering from severe emotional disorder. My dear girls – photoshop do all wonders so start feeling confident and beautiful in your own skin!

The most disparaging thing is when women are objectified in the adverts of food products (Katrina Kaif in the ad of Slice Swayamvar) and are seen in vulnerable poses to sell men’s products like shaving cream and undergarments. Jiji John, a student at the M.S University of Baroda believes that most of men’s advertisements like Axe and Wildstone show women as a mere sex object who can be conquered with just a whiff of the deodorant.

I AM A WOMAN AND NOT A SUPERWOMAN:

Gone are the days when a woman was confined to her house and dependent on her husband. Today, the contemporary woman is career-oriented, independent and has purchasing power. To entice them, brands portray this modern woman in a role where she is shown deftly managing household and job responsibilities or subtly portray her as a “Superwoman”. These superwomen become their ideals and guilt is what is gradually infused in these career ladies by these adverts. She couldn’t attend the parent child meeting because of her important presentation and she feels guilty of not being a perfect mother. She comes late for the important meeting at work because of last minute emergency situation at home and she feels guilty of not being efficient.

I AM AN INDIAN HOUSEWIFE AND I HAVE A VOICE:

There are advertisements where a husband informs his ignorant wife about the modern appliances and products which would simplify her work. This perpetuates that a woman cannot decide for herself. For instance, in the ad of New Wheel Detergent, Salman Khan along with her on-screen wife Aamna Sharif recommends other women to use New Wheel Detergent for washing clothes. Strange is, washing powder is the women’s product yet Aamna is not given any authority to endorse the product. She is completely mute like a dumb sensual mannequin! Instead, Salman Khan says, “Isme hain Nimbu ki shakti aur hazaron phulon ki mehek”. Aamna stands like a statue besides Salman Khan and smiles coyly when her husband appreciates her choice.

But, as I said earlier, there are ad-makers who have challenged these stereotypes. They have re-defined womanhood in a more appealing and unconventional manner. Let’s have a look at some of them.

When most of the advertisements measure woman’s beauty by her luscious hair and claims this strength of hair as one of the requisite to fit in the role of a daughter-in-law, this advertisement of Britannia Good Day Biscuits asserts the women’s independent choice of having short hair like a boy even after the marriage. It goes further to present a new avtar of mother-in-law unlike saas-bahu sagas who is not offended by her daughter-in-law’s tom boyish look and instead say, “Very Nice, Mein bhi kara loon kyan?”

Widow Re-marriage is still a taboo in the Indian society and that too of a dusky skin woman having a daughter from the previous marriage. Tanishq brilliantly showcases the breaking of this stereotypical norm of the society and claims that Tanishq jewellery is for every moment of life.

To conclude, this video “Speak Up” from The Body Shop India Corporate, I need not say more….

I will never question authority

If I see injustice…I will remain silent

When deep down, I know it’s wrong

If this worries you, teach me now to speak

I WILL BE MORE THAN BEAUTIFUL