> Exclusive > My Voice > I Bleed Red … Not Blue!! – Media Politics of Menstruation 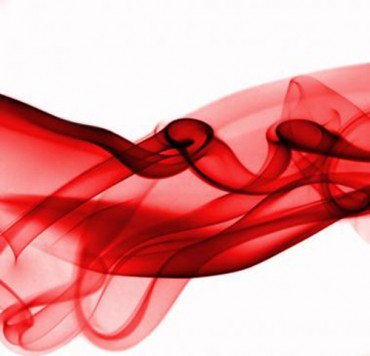 Pooja had an eleven year old son named Vraj. Pooja was the contemporary mother engrossed in making her son dynamic in all areas. But one day, while watching television, Vraj posed her the question that sent shivers down her spine. “Mom, I have seen these lady diapers in your almirah, so you still pee while sleeping and that too blue?” Pooja was almost shell-shocked not knowing how to respond to her son’s naive question. Aren’t there many mothers out there like Pooja who face embarrassment in answering these simple obvious questions of their kids? Isn’t the same humiliation felt while purchasing these sanitary napkins which the shopkeepers wrap in a newspaper and hand it in a black plastic bag as if there is some kind of shame associated with the sale of these napkins? 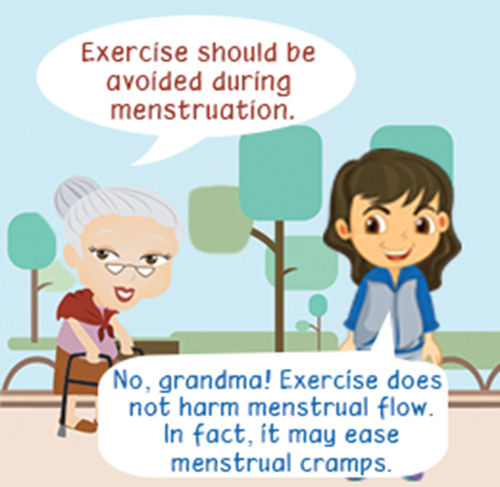 There is a constant feed of this shame in young girls and women regarding their periods apparently by media and society who advice them to speak about their menstruation in hushed tones and conceal it from the society. Not only in the orthodox Indian society, but in many other cultures, menstruating women are considered “Impure” and “Contaminated”. Sit Cross Legged, Keep your Clothes and Vessels Separate, Don’t talk to Boys, Don’t enter the Temple, Don’t water the plants – they will die, Don’t enter the kitchen, Stop don’t jump like a kid – with so many not to do’s a young girl develops low perception about herself and her body. Think – How will a young girl who has just hit the puberty understand all these menstrual etiquettes without any kind of prior knowledge on this subject? She starts detesting her womanhood unaware of the blessing it is!! This is nothing but the lack of sex education in the Indian society. Our grandmothers might possess all ancient wisdom but they are still in a cocoon when it comes to the knowledge of menstruation. Let’s educate ourselves about menstruation so that it no longer remains a taboo for our daughters!!

Media is seen as the medium of education and information but to the dismay – the “Menstruation” – a simple biological process of a woman has vaguely been represented in national or international media that too only via the medium of advertisements of sanitary napkins. Advertisements of sanitary napkins use ‘BLUE FLUID’ instead of a ‘RED STAIN’ to avoid any disgrace. So, why is this blue fluid not shown when blood drips from the hero’s forehead when he is shot with a bullet? Why is this blue fluid absent in the blood bottles of the hospital shown in the movies? Why does this blue fluid not drip when the heroine cuts her vein on getting rejected by the hero? A newly wedded bride steps in a plate of Alta (Red powdered dye) before crossing the threshold with her right foot – leaving red footsteps behind her, women put red powder on the hair parting as the sign of marriage, in Hindu tradition red is the colour of purity and bravery, so why is this red colour condemned when it comes to menstruation? If red blood is the cause of social embarrassment, then media should replace it by blue fluid in all other situations rather than by just employing it to represent menstruation. Dr. Rosewarne, talked about media politics of menstruation in her book Periods in Pop Culture. She said, “ Nevertheless, the routine negative way that is portrayed reminds us that we need to supplement the education of young people – boys and girls – with high quality sex education that fills in the gaps that the screen fails to.” 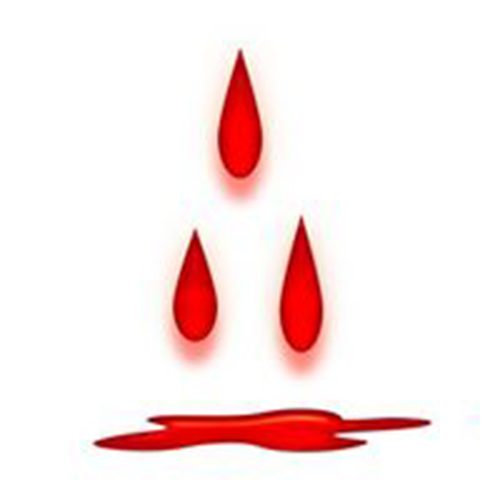 Recently, in the village of Shikohabad (City in the Indian state of Uttar Pradesh), a woman died because of a septic shock. Later, it was discovered that she used a torn blouse as a pad during her periods. A broken hook of her blouse got into her body through the vagina which further resulted into tetanus. No media thought this news worthy of reporting!!! There are 68 percent Indian women who cannot afford to use these sanitary napkins. Women in tribal areas, rural women, women at the construction site, women farm labourers use dirty rags, leaves, straws during their periods. These women do not have proper methods to wash this piece of cloth and then dry it in the sun. They hide these used clothes in a secret place, away from men so as to avoid any humiliation. This cloth being constantly used during menstruation becomes infectious which can later cause cervical cancer among these women. If media can objectify a woman in the advertisement then it can also unlock the mystery of blue fluid and spread awareness among women on how to maintain hygiene during periods.

NID, Ahmedabad postgraduates Aditi Gupta and Tuhin Paul are designing a comic book on menstruation and various subjects related to it like menstruation for parents and educators, menstruation for boys, nutrition and hygiene, pain management, HIV and AIDS. When asked, “Are advertisements, soap operas, films capable of educating people about menstruation?”Aditi Gupta said, “Yes, Media has the prowess to educate people about menstruation. Media has to inform people that there are no scientific bases of menstrual myths. But yes, one cannot defy out rightly what is practised since ages. One has to go with the flow, develop educational material and method of sex education which can be accepted by the society like animation movies, comic books, media-games, etc. We as a society do a very inhuman thing to boys when we say “BE A MAN”. Do we want our sons to be insensitive towards the health of a woman? It is essential to sensitize boys regarding the biological process of a girl so that to have an empathetic son, boyfriend, husband and a father. And the change is happening, many male friends of mine who belong to the conservative family tell me that they have not liked the FB page of Menstrupedia but they have made their wife seen it.”

Songs like “Laga Chunri Mein Daag, Chupao Kaise” perpetuates the notion that stain on your cloth is a stain on your character. It further demeans the status of women in the society. Media did a commendable job of breaking the societal norm when it showed in the promo of a soap opera “Ek Veer ki Ardass … Veera” a brother purchasing a pack of sanitary napkins for his sister. Media’s job is to educate women that their bodies are beautiful vessels which can bear another being in her body; the process of menstruation is a boon to her and a blood stain on her dress does not make her impure. It is high time that we recognize the ill effects of this out dated information and see to it that it is not passed to the next generation.