> Exclusive > Interviews > Arunima Sinha: She Rose To New Heights When Life Put Her Down! 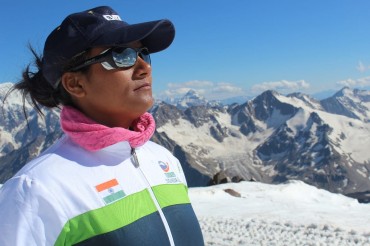 ‘Born Again on a Mountain: A Story of Losing Everything and Finding it Back’, India’s first female amputee to climb the Mount Everest Dr. Arunima Sinha stands true to her book which narrates the story of a woman who despite losing a leg at the age of 23 managed to conquer Mount Everest in 2013.

Born in 1988, Sinha was qualified for the head constable post in the CISF in 2012. Before becoming a mountaineer she was already a national level volleyball player. She had a simple happy life up until April 11th, 2011, when tragedy struck her.

She was onboard Padmavati Express train en route Lucknow to Delhi to take her CISF exam. Suddenly some thieves tried to snatch her bag and when she resisted they pushed her from the running train. Before she could move, another train on a parallel track crushed her leg. The wound was so severe that the doctors had to amputate her leg in order to save her. Not only did the Indian Sports Ministry offered her Rs. 25,000, as a result of the national outrage, the then Minister of State for Youth Affairs Ajay Maken offered her Rs. 2,00,000 as medical relief and a job recommendation in CISF. She was also offered a job at the Indian Railways. 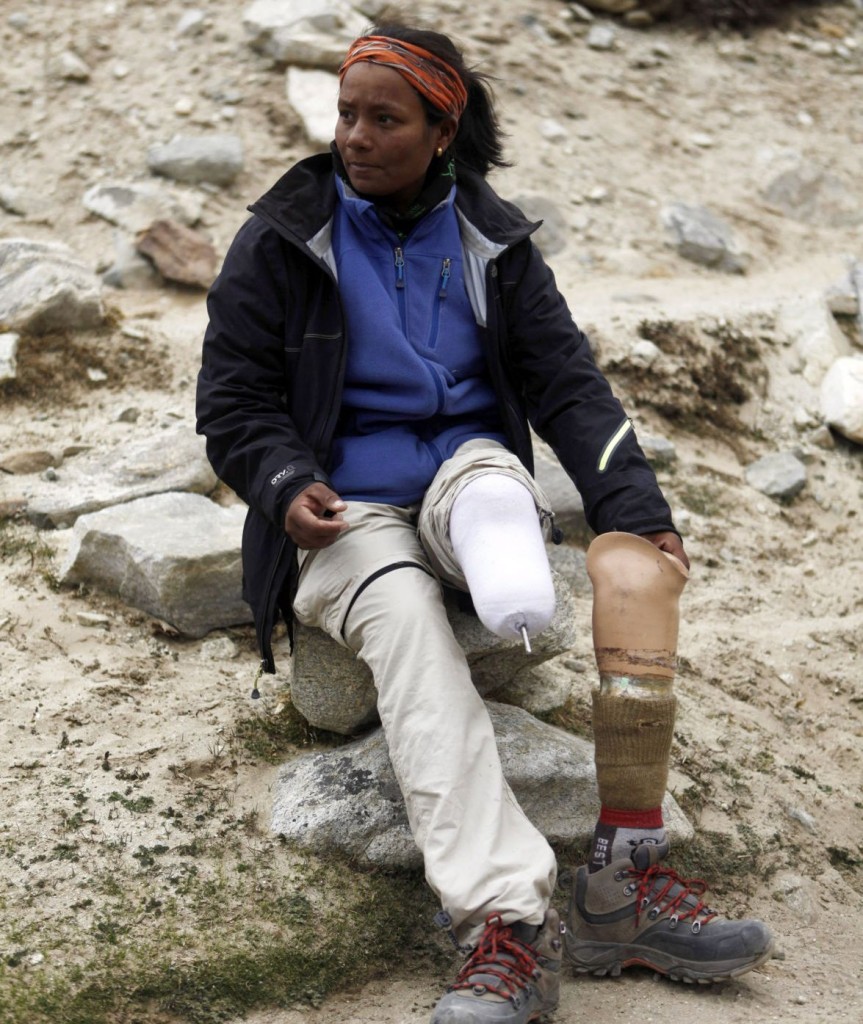 She was later moved to AIIMS and after undergoing treatment for four months she was discharged with a prosthetic leg. At first the police didn’t buy her version that the thieves pushed her, instead came up with the theory that either she tried to commit suicide or was run over while crossing the railway track. Later the Allahabad High Court agreed with Sinha’s version and ordered the railway authorities to pay her a compensation of Rs. 5,00,000.

It was during her four-month long treatment in AIIMS that she decided to learn mountaineering and climb Mount Everest one day. Soon after her treatment was over, she first learned the basics from Nehru Institute of Mountaineering, Uttarkashi, and later signed up for training under Bachendri Pal, the first woman to climb the Everest. Her training began at Pal’s Uttarkashi camp Tata Steel Adventure Foundation (TSAF). In 2012 Sinha climbed the Island Peak as a preparation to climb the Everest. And on April 1, 2013, she along with her TSAF instructor Susen Mahato started their expedition to reach the Everest.

Sharing his experience climbing the Everest with Sinha, Mahato says, “When I first met Arunima I had no clue that I’ll be going on an Everest expedition with her. I was not sure at first whether she will be able to do it or not, because I had heard from people that it’s very difficult to climb the Everest. I was damn scared but her strength and will power motivated me to conquer the Everest with her. She is very stubborn but at the same time disciplined too. She is very hard working, goal oriented and patient. It helped me keep a positive attitude.”

The duo had to face many challenges. “Ones we were at a base camp where we had to wait for the weather report. It was really difficult for me to take the correct decision at that time. There were also certain points which were difficult to cross as there were cracks in the snow. We had to literally join ladders to cross that area. It was very challenging.”

Mahato believes that one should never give up and always think big in life, adding that the confidence with which Arunima conquered the Everest was breathtaking.

Wishing her good luck, Mahato further said that Sinha has the ‘I can do’ attitude. “She is strong and she never gives up. That’s the reason she is the first woman amputee to conquer the Everest.”

After her success, Sinha was not only congratulated by the then Sports Minister Jintendra Singh, but was also honoured by the then Uttar Pradesh Chief Minister Akhilesh Yadav with a cheque of Rs. 25 lakh.

Sinha recently completed her final summit of Mount Vinson in Antarctica on January 4, 2019, thereby successfully conquering all the seven summits of the world. 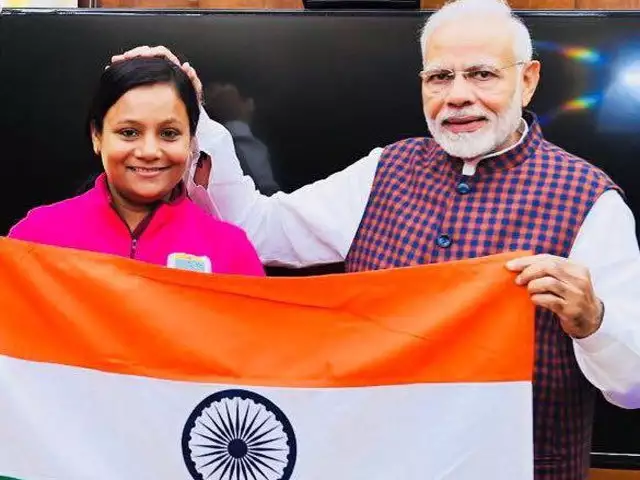 In 2015 she was honoured with the fourth highest civilian award Padma Sri. She has also received the Tenzing Norgay Highest Mountaineering Award and the Arjuna Award. She donates all her financial aid to open free sports academy for the poor and physically-abled by the name Pandit Chandra Shekhar Viklang Khel Academy. Her book ‘Born Again on the Mountains: A Story of Losing Everything and Finding it Back’ was launched by Prime Minister Narendra Modi in December 2014.

According to her website, Sinha says that during her bad times Ramkrishna Mission and BVG Pvt. Ltd. proved a to be of great help too her. She also says that Swami Vivekananda is an inspiration for her and his quote “arise, awake and stop not till the goal is achieved” inspired her a lot in making her dream come true.