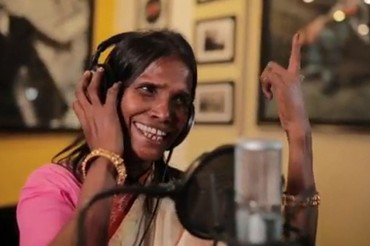 It was just another day for Ranu Mondal at Ranaghat station in West Bengal, a place she used to visit every day to earn money by singing for the passersby. But little did she know before leaving her house for work that day that her soothing voice which many might have ignored till now will soon make her an overnight internet sensation.

All thanks to Atindra Chakraborty an engineer or should I say an angle sent to change Mondal’s life forever. It all happened when this Good Samaritan decided to record her singing Lata Mangeshkar’s “ek pyar ka nagma hai” from 1972 film “Shor” and upload it on Facebook. That one act of kindness not only made a poor woman a star but also helped in reuniting with her daughter Swati who located her mother with the help of this video.

The video went so viral that praises from across the country started pouring in for the talented singer. 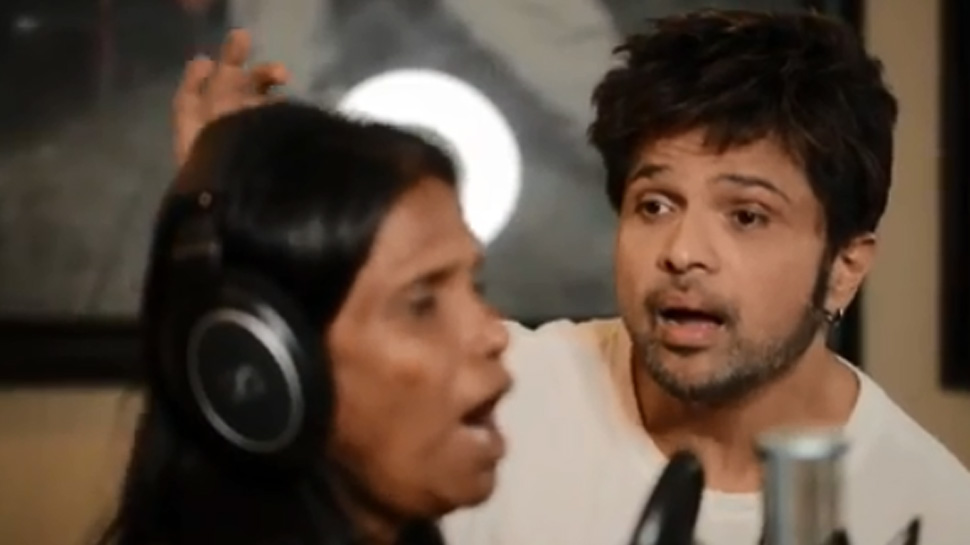 Actor-composer Himesh Reshammiya even recorded a song with her called “Teri Meri Kahani” for his movie“Happy Hard and Heer”. Apart from this she also got a chance to perform at the reality show ‘Superstar Singer’ which airs on Sony Entertainment Television. Before going on the show Mondal was also given a makeover.

“Salman bhai’s father Salim uncle once advised me that whenever in life I come across a talented person, I should never let that person go and keep him/her close to me. He advised me to help that person grow his/her talent,” – Himesh sir #HimeshReshammiya #RanuMondal,” tweeted Reshammiya from his handle@TeamHimesh.

He also uploaded the video on his Instagram page realhimesh and wrote, “Recorded teri meri kahani my new song from happy hardy and heer with the very talented ranu mondal who has a divine voice, all our dreams come true if we have the courage to pursue them, a positive attitude can really make dreams come true, thanks for all your love and support.”

Reshammiya’s act won hearts across the country as many took to twitter to appreciate him.

“This is so heartening to watch ! The gifted #RanuMondal, who was spotted on a train platform in West Bengal has been given a chance to Sing in #HimeshReshammiya’s upcoming movie. Heartfell respect for him for giving chance to such people instead of launching star kids,” tweeted @rishibagree.

“Weeks back, I tweeted hoping that there would be a future for the gifted #RanuMondal, spotted on a train platform in #Bengal. #HimeshReshammiya gives her a new fairy tale life by getting her to sing in his upcoming movie. What a moment it would be, if mangeshkarlata met her!” said @tanuj_garg

“I have heard this 10 times and I can listen a 100 more times. She’s a star! What a melodious voice! #RanuMondal is next singing sensation. Go for it Ranu ji. Dark days for you are gone. Sky is the limit now. God bless you #HimeshReshammiya,” added @DeepikaBhardwaj

There are unconfirmed reports doing the rounds on various news portals that actor Salman Khan has gifted Mondal a house worth Rs.55 lakh in Mumbai and has also offered her to sing in his upcoming movie Dabangg 3.

Ranu Mondal who was born in Krishnanagar, Nadia district of West Bengal, spent most of her childhood at her aunt’s place in Ranaghat after her mother’s death. She was recently issued a voter-ID card in Ranaghat by her birth name Ranu Roy which was reportedly changed to Ranu Mondal after marriage. Since her husband’s death, Mondal has been earning a living by singing at Ranaghat railway station.

With no other documents in hand, this voter-ID card helped her fly to Mumbai to record her first song.

A similar incident once happened in Malayalam cinema as well when a video of a homemaker singing KS Chithra’s Rajahamsame … (Chamayam) as a lullaby to her baby went viral after which the woman got a chance to sing in a few films and also to perform in stage shows.

The song’s alternate version created a sensation with Dubai-based Pakistani singer Nazia Amin Mohammed’s fine rendition which was appreciated by Chithra herself.