> Exclusive > My Voice > Child Rape – Is India the World’s Hub for This Pathetic Crime? 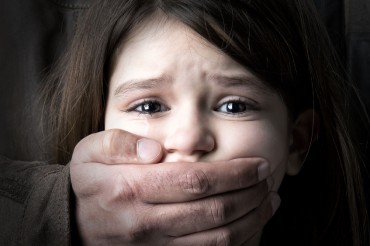 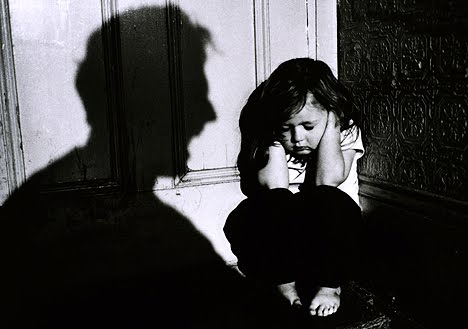 Despite outrage, debate, strict punishments, death sentences, etc, the lawmakers have failed to make the nation safe for girls. Neither kids, nor young girls, not even old women are safe in this country. Right from the very second a girl is born she lives under constant threat of getting raped both outside as well as inside her house.

So will there ever be an end to this trauma? Who are these rapists, where do they come from, why do they do it? There are many questions which need to be answered in order to understand the mind of rapists.

“One thought that most convicted rapists do admit to is an inherent desire to exert power or to punish women,” says Psychiatrist and Author Dr Anjali Chhabria.

“There is no one common factor that makes a rapist. However, there are certain things that increase the risk of an individual committing rape, such as alcohol abuse, violent background. But it’s not always the case, there have been numerous rapists who come from perfectly normal and well-to-do backgrounds as well,” she further explains.

She adds that the personality of a rapist is manipulative and lacks remorse of any sorts.

Another Psychiatrist from Mumbai, Dr Dayal Mirchandani also agrees to the fact that need of power is a common trait among rapists. “A man’s inability to have a wife or a sexual partner leads to applying force and even trafficking.”

He further says, “Some rapists have a history of violence, either they have been sexually abused or they have grown up watching similar things for example fights between their parents turning aggressive and violent, but it’s not always the case. Some feel that it’s okay to harm others; they feel that women enjoy force.”

Highlighting other reasons behind raping a child, Dr Mirchandani says, “Some think that it cures HIV; some think it is good luck. Such people enjoy child pornography. Raping a child or an old person is a result of fetish and obsession. These people can’t have sex with women of their age group they are only turned on by kids or old women. Another reason is that females of these age groups are easily available especially in cases where relatives or fathers are the culprit.”

Both the experts blame lack of sex education as the reason behind increasing cases of rape in India, “The lack of proper sex education, inability to fulfill one’s sexual desires, unsatisfactory sexual life and the taboo surrounding the topic of sex in any society leads to certain repercussions. In many cases it is seen that the offenders are close family members especially when there is suppression of a healthy discussion around the need to have sex in general,” says Dr Chhabria.

“Sex education can help reduce rape cases. If students are explained the harms of such acts, it can help in stopping rape,” adds Dr Mirchandani.

Ridiculing another myth where rapists are often termed as mentally ill, Dr Chhabria says, “There is a term used for those who are psychologically ill and involved in sexual crime against children, they are known as Paedophiles. It has been identified by American Psychological Association and included in Diagnostic and Statistical Manual of Mental Disorders (DSM). Research over the years suggests that not all rapists are mentally ill and vice versa. Unless a thorough examination of the culprit suggests the presence of a psychiatric illness, a rapist has to be categorised as an offender.”

“These people can’t be called mentally ill they have unacceptable sexual thoughts which are psychologically abnormal. They are turned on only by children or by doing cruel things to them,” adds Dr Mirchandani.

The recent amendment to the Prevention of Child Sex Offences (POCSO) act enables a court to hand out a death penalty to someone convicted of raping a child under 12, even if it does not result in death.

Explaining the new law, Human Rights Analyst and Ashoka Fellow Asim Sarode says, “The new law has also amended the definition of what constitutes rape against minors, and this has widened the ambit, therefore, resulting in more occurrences of sexual assault against minors, being charged as rape. The punishment of death sentence contained in the new law was passed without a proper understanding of its effects, as there exists empirical evidence which suggests that a death penalty for such crimes often leads to a higher burden of proof required to be discharged by the prosecution as well as a greater disincentive for families to approach the police as they are often in acquaintance with the perpetrator.”

“Another problem is that rapes are often followed by murder, as the perpetrator believes a murder will decrease the likelihood of his arrest. Therefore while it is admirable that such cases be dealt with in a fast-track manner, the solution to increasing rapes is definitely not found under the current Amendment. It needs to be understood that there is still nothing as a ‘fast track court’, but a special court is set up under the Special Courts Act to deal with cases registered under certain special legislation. Therefore, there is a failure in the proper understanding of the situation owing to ill-conceived notions of receiving justice.”

While Dr Chhabria says that death sentence needs to be coupled with widespread education about sex, laws, consent and inculcating values such as tolerance, sensitivity as well as mutual respect towards each other at an early age,  Dr Mirchandani suggests chemical castration or injections to block such fetish as another way to control rapists.

When asked about the juvenile sex offenders, Dr Chhabria said that their punishment must include a full range of options that combine jail term with psychological therapy and interventions.

“The case of juvenile sex offenders is very different from that of the adults. Mostly because with minors there are a range of variables and circumstances that need to be considered while assessing the juvenile’s part in the crime in question. The punishment has to also thus be reviewed in either direction accordingly. So it is necessary that the judicial system contains provisions and different rules for juvenile offenders, since a more complex analysis is required with minors.”

Commenting on the hypocrisy of the Indian society where victim blaming is a common factor, Dr Chhabria says, “The blame game is never ending. Although the ongoing wave of feminism has brought a lot of change, there is still a hold of the patriarchal mindset which results into subjugation and eventual offense against girls even today.”

In many cases for example the recent one in Aligarh where a 2.5-year-old was raped, murdered and mutilated, we see that minor family feuds turn out to be the reason behind the incident. Dr Chhabria says that she doesn’t think the events leading up to the rape are the only tipping point.

“Rapists usually rationalize their behavior. So when events like family feuds take place, they act as triggers that seem to push them over the edge into actually committing rape. However, this does not mean that if the event hadn’t happened, the rape would not take place. These events act as motive, but motive can take plenty of forms over time.”

She also says that it’s a shared responsibility of both the Bollywood as well as the society that promotes rape culture. “Not just the patriarchy in movies, but I also think that the blatant patriarchy found everywhere in society is to blame for India’s rape culture. The roles of the macho man and docile woman on and off-screen seem to reinforce each other. Movies reflect a faction of reality from the society.”

Urging the media to create special campaigns for awareness about rape victims, she said that the security lapse is probably happening due to the taboo attached to rape and the way society looks at the victim. “I believe what we lack is unified effort towards taking strict action against rape.”

Whereas Dr Mirchandani blames it on lack of well trained experts, “The reason behind delay in conviction is that we don’t have well trained cops and forensic experts. At times it takes over a year to get the final report without which conviction is not possible. At times the cops ask inappropriate questions from the victim. Many cases go unreported because the victim’s parents remain in denial. They choose to keep quiet due to the fear that their daughter will not be able to get married.”

However, Mr Sarode states previous connection between the perpetrator and the victim as one of the reasons behind under reporting of the case, “Previous connections with the perpetrator, social dynamics of the victim’s family and the immediate community, the effect of public acknowledgment of rape by victim’s family, often the stature and socio-political connections of the perpetrator, the caste/community/religion of the victim and her/his family and the expected backlash and harassment caused by the police and immediate community play a major role in the under-reporting of cases.

Moreover, commenting on the lack of fear amongst rapists, Sarode says that slow case proceeding is definitely one of the reasons behind it. “A vast majority of individuals committing such crimes believe that the machinery of criminal justice is one that can be evaded or circumscribed. Such of course is not without cause, as we see numerous instances of pressure being exerted on the families to withdraw cases, harassment and humiliation inflicted on victims and their families by members of the police and their immediate society, as well as long drawn out trials and investigations that are ultimately dismissed owing to lack of evidence. A lack of awareness, civility, understanding of the egregious impact of rape, as well as a confidence of successfully circumventing the punishment of law, are all reasons contributing to the fearlessness amongst rapists.”