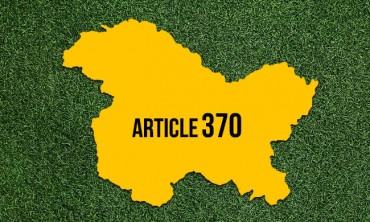 No more special status, no more statehood. Jammu and Kashmir and Ladakh become two separate Union Territories now. Modi Government’s historic decision to scrap seven decades-long Article 370 changed face of the valley in one day. But is this new Kashmir for better or for worse?

While some fear that the decision is dangerous for Kashmir as it deprives them access to local government and could soon come to haunt other states as well, others say it will bring development in the valley.

“The Narendra Modi government’s decision to alter the constitutional status of the Kashmir sets a dangerous precedent in India,” said Professor Shubhankar Dam an expert on law and governance in India.
“Ever since India’s Constitution came into effect in 1950, the state has endeavored to extend and deepen electoral democracy in India. This Bill is the first instance when people with access to local government will now be deprived of it,” he added.

“This retrogression of democracy sets a disturbing precedent and may return to haunt other parts/states of India. Today it’s about Kashmir but tomorrow it could be about other parts of India,” he further said.
Prime Minister Narendra Modi hinted in his August 8th address to the nation that the status of Union Territory given to Jammu and Kashmir is temporary and statehood would return once good governance comes to power. Not only did he promise more jobs and development in the valley but also transparent state elections. 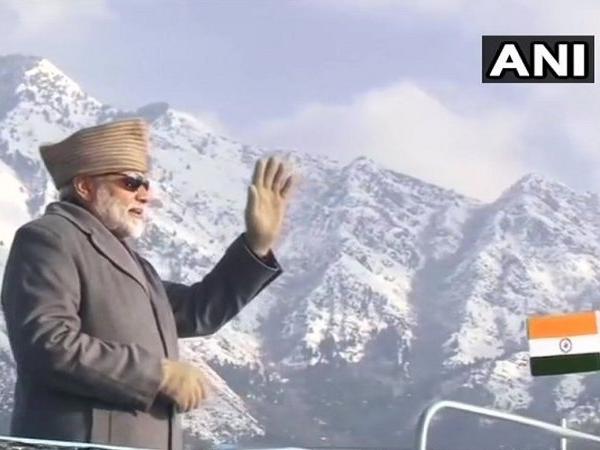 Hailing the move, another expert on Kashmir and also a Journalist Qamar Agha said, “It’s a good decision as it will bring development, investment, tourism, etc. Opening of new hotels and the service industry will invite a large number of visitors to the valley. It will become easier to sell famous items of Kashmir like carpets, handicrafts, furniture, honey, food.”

He also criticized the previous J&K government for failing to protect the people of the valley. “There were many killings that were happening, but now with this move normalcy will return, and Kashmiri Pandits will also be able to go back to the valley,” he said.
However, the inability to contact kin back home due to a complete shutdown of internet, landline, and mobile services are driving Kashmiris staying in other parts of the country crazy and many have even condemned the move.

“This will result in more depression and useless activities. As a Kashmiri, I don’t support this move. Barging in a state and blocking all sorts of communication is totally undemocratic. I don’t support bifurcation either, it’s a dictatorship,” said Tufail Bandey a Kashmiri corporate professional working in Noida.

“Freedom for non-Kashmiris to buy land and get jobs in the valley will generate more unemployment for the people of Kashmir,” he added.

The method adopted by the Modi Government has also faced criticism with every Kashmiri asking one question “how is my family back home?”

“It’s been over a week since I last talked to my family members. I did a video chat with my sister and talked to my mother over the phone on August 4th because there were rumors that they may block the internet from midnight. Since then I haven’t been able to contact any of my family members. The constant fear of their well being is killing me from inside. I don’t know how they are. I just want to tell them that I am okay here,” expressed Irfan Rashid a Delhi based Kashmiri Journalist.

Putting leaders like Mehbooba Mufti and Farooq Abdullah under house arrest has raised questions on the dictatorial attitude of the Modi Government.

“Arresting the chief ministers and the mainstream leaders, shutting down the internet and all the landlines is not the right way to get things done. If you really want to impose certain decision of the parliament there has to be a constitutional mechanism for that, you can’t just do it this way and call it legal,” he added.
Further questioning the existence of democracy, he called the decision a constitutional fraud.
“Bifurcation is the worst idea of the Modi Government.”

“I don’t know how buying of land by any non-Kashmiri in Kashmir is going to be beneficial for the valley. This development excuse given by the Government is all rubbish,” he further said.
However, as per the expert opinion, it was important to adopt this method as debates and discussions would have disrupted law and order in the valley thereby resulting in killings.

“The lockdown is sure a problem but only in the short run. In the long run, it will give good results. As far as the freedom to buy land and get a job in the valley is concerned obviously the locals will resist it. If there will be a demographic shift off course there will be resistance even in Jammu because with the entry of big players the locals will lose a monopoly,” said Agha.

“As far as bifurcation is concerned, the people of Ladakh will be very happy as they have always been weak economically so foreign investment will help strengthen them,” he added.

Meanwhile, mixed reactions poured in on Twitter.
Shweta@thinking_hat_
“So happy for the equally beautiful Ladakhi people for the scrapping of #Article370 Development is the only way forward from here for the UT of Ladakh. Here’s to prosperity.”

vijaita singh@vijaita
“They have taken away our crown. We don’t want a repeat of the 90s but the situation is such that guns will be picked on ration cards.”

Since PM Modi’s address to the nation, the valley has seen some signs of relief with the re-opening of schools, colleges, markets, and hospitals, but mobile, internet and landline services still await restoration.
Now only time will tell how a state like Jammu and Kashmir which has always had its own constitution, flag, rules and regulations for over 70 years will perform as a Union Territory under the Indian Constitution. Right to land, right to a job, right to marry within the valley, will all these actually benefit Kashmiris or will it make their life worse. Most importantly will the scrapping of Article 370 which the PM said “was a weapon used by Pakistan against India and to invoke sentiments among the people”, reduce terrorism? Many questions need to be answered.