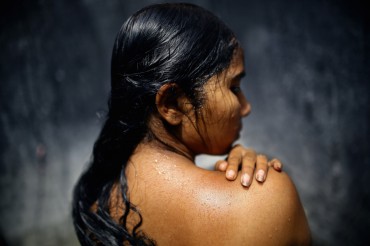 To the north of Kolkata, one kilometer north of the city’s Marble Palace area, lies Asia’s largest sex workers hub popularly known as Sonagachi. About 13,000 women satiate their hunger and needs through their bodies. Sonagachi, an abode to prostitutes enfolds hundreds of heart wrenching stories leaving the knowers in maze. As the sun hides, the illegal network of trafficking, local criminal gangs and victims conceal on the narrow lanes of the district. To the place where even reporters, journalists and police blood run cold, Beauty was sold in a popular brothel.

From what Souvid Datta, an emerging photographer has seen in Sonagachi, we represent you an aching story of Beauty, a popular 19 year old prostitute. 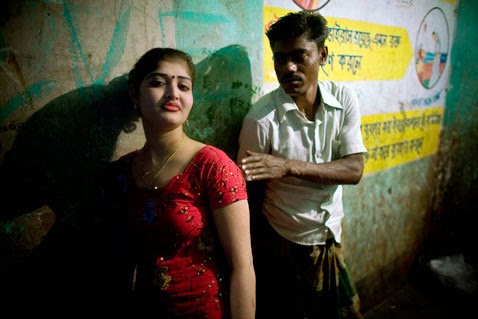 Beauty’s Journey – From a Mother to Sonagachi’s Beauty

Beauty is one of the youngest in Sonagachi, who work with a group of other prostitutes in the quest to earn money. She takes shower thrice a day, as she attends 4-5 clients in between every shower. Her nights are long… while the mornings are short and start late. Life of Beauty is restricted to just the dark rooms of the brothel and the poverty of Sonagachi.

Wiping the shedding tears with the corner of her dupatta, Beauty tells the story of her life and her two sons, Nayan, 5 and Ridoy, 4. Nayan was born from her then 23 year old husband, where her parents had forcibly married her off when she was just 12. Within few months, she fled to her mother’s place on account of an abusive husband’s torture; however, the tragedy was followed by her mother’s death. She immediately took homage at her sister’s place, where her brother-in-law forced himself on her one night. Instead of listening to her younger sister, Beauty’s sister asked her to leave the house.

In the quest for work to support her life and nourish her son, Beauty boarded a train to Dhaka. But little did she know, that her life was going to change. She met her trafficker. Recalling the incident, Beauty says, ‘A vast, wiry haired…wild eyed woman’ promised her a humble job with substantial wage. While the conversation with the lady, she remembers drinking the water from her bottle which was already adulterated with the sedatives. Later, she gained consciousness only to be found in a room at NonChapota, near Bangladesh-India Border, waiting to be transferred as a sex worker to Sonagachi. She was Sold! 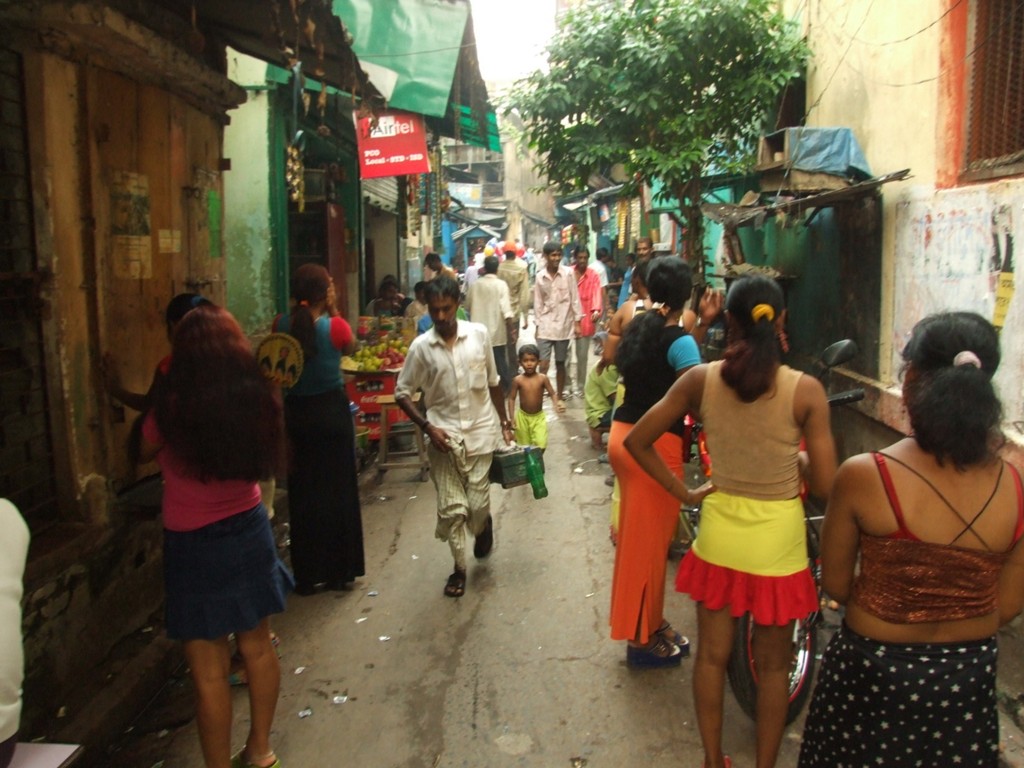 Since 13, she lives in Sonagachi, making profit through the way, she would never love to do. She says, “When I am sad, I put on makeup, it helps me become someone else… to cover up the cracks.” In few months working as a sex worker, Beauty conceived a child and that is how Ridoy was born, a son of her client. When Beauty had refused to work as ‘Chukri’(forced sex slave) her sons had been kept captive for bargaining terms. Today, both of them live in a NGO, away from the messy environment of the streets and the culture.

Her heart sinks while telling this, “Holding them, tight close to me is the only thought that gets me through the day… I don’t need saving. It’s for them I do this work. I hope I can at least save them from this world… that I can give them some of the important chances in life that I never had.”

She also said that, she do have hard times there with customers, some are good, they do their job, pay us and leave but some are rude as fire. Disturbed and depressed, Beauty has other prostitutes to share her feelings with and vise versa.

This is the reality of Sonagachi, this is just one story, Imagine how many are out there in those 13000 sad faces?