> Exclusive > Interviews > I Am A Transgender, I Am A Proud Woman Born Without Vagina, Breasts And Uterus : Akkai Padmashali 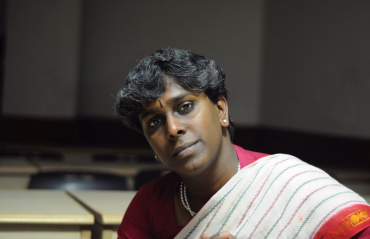 I Am A Transgender, I Am A Proud Woman Born Without Vagina, Breasts And Uterus : Akkai Padmashali

People today talk about equality, read about equality and instruct equality, but forget to Implement it when needed. Equality encloses equal rights, all the rights to Humans which means men, women, and LGBT, then why some people have stories to cry on… stories that melt your heart. After all they are also human? Inspirational stories tend to come from the people who have struggled with time for their own existence. One such story is that of Akkai Padmashali, a Transgender Person who was born a boy.

Named as Jagadish, she fought her identity with her family, with the society and also with herself. She was often beaten up by her parents for wearing his sister’s dresses. Her parents also took her to doctors and healers to cure the problem they thought it was; however, there was no problem at all! It was everything she was born with! With her struggle to recognize her feelings and emotions, she felt the society to live in was too difficult and she tried to end her life at 12. Something from within stopped her and she continued to keep herself alive the entire childhood. After almost four years she disclosed the reality to her brother, who accepted her as it is. He also tried to convince her parents but the path she chose had a long way to go. To this she said, “According to the society, ‘Penis’ means Male. But at 8 I was completely a woman. I was so nervous to express it before my parents. Because of my feminine feelings family non-acceptance, torture, violence by parents, friends, neighbors, teachers and the local society came along, while I was being myself.” “Self identity is a process of understanding gender diversity. What  I claim is Gender, what society imposes on one’s gender that is called “Patriarchy Power!” 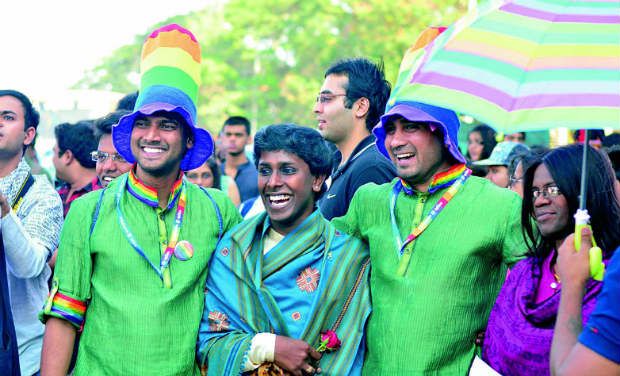 Time can never be halted, years went on and she faced many discriminations’. To use public toilets, bus stands, parks, cinema theater was a challenge. On her way to college, she used to watch other Transgenders at Cubbon Park in Bangalore. She wanted to be like them and she did; however, the situations forced her to enter the world of sex work which she continued for four years. Though these four years were the worst part of her life, it was also the time when she became familiar with other transgenders. She felt the amalgamation of feelings : Sorrow and Happiness!

“I did not choose to become an anti-social element or unwanted person to the society. My fight was for “Acceptance and Social Inclusion”, for the transformation and the discrimination against biological sex which was with me since birth.”

In the company of other transgenders’, she realised the government policies and the harsh inequality faced by their community. She even joined several organizations which gave her the spirit to do something better for her community. Today she has founded an organization “We the feminists have come together and formed this group “Ondede”, it is a Kannada word for Convergence. “Ondede” is a Human Rights Organisation  and we talk rights of children, women, sexual minorities focusing more on Dignity-Voice-Sexuality of these three constituencies.”

Akkai is the first Indian transgender person to get a driving licence stating her gender as female. She was also invited by Indian President to attend the swearing-in ceremony of the Chief Justice of India. Since then, she has spoken to multiple national and local level councils and associations for spreading awareness and seeking justice and equality.

She is very proud of her being a male to female transgender. She says, “ After a long struggle my family is quite proud about my identity. They supported me to go for sex reassignment surgery, and when I shared my relationship with a Female to Male Trans-man, they were so happy to support our life. My mother also gave her a saree. Happy for her!” On asked upon the meaning behind the her name she laughed out, “Hahahahaha! My name was suppose to be “Ashta Aishwarya Ghana Sampanne Dodda Mane Akkayamma” people were addressing me as Akkamaya, then I made it short as Akkai. Padmashali is a caste which belong to the weavers community and it is nice to Pronounce as Padmashali” I am very happy with the name 🙂

Akkai is happy with her identity and the work she and her team are doing for social inclusion. She wants her members to feel that they are a part of the world population and not restricted to Indian states or the country. Her community members should come together to understand the diversity within the community and to be educated on the burning issues around the world. 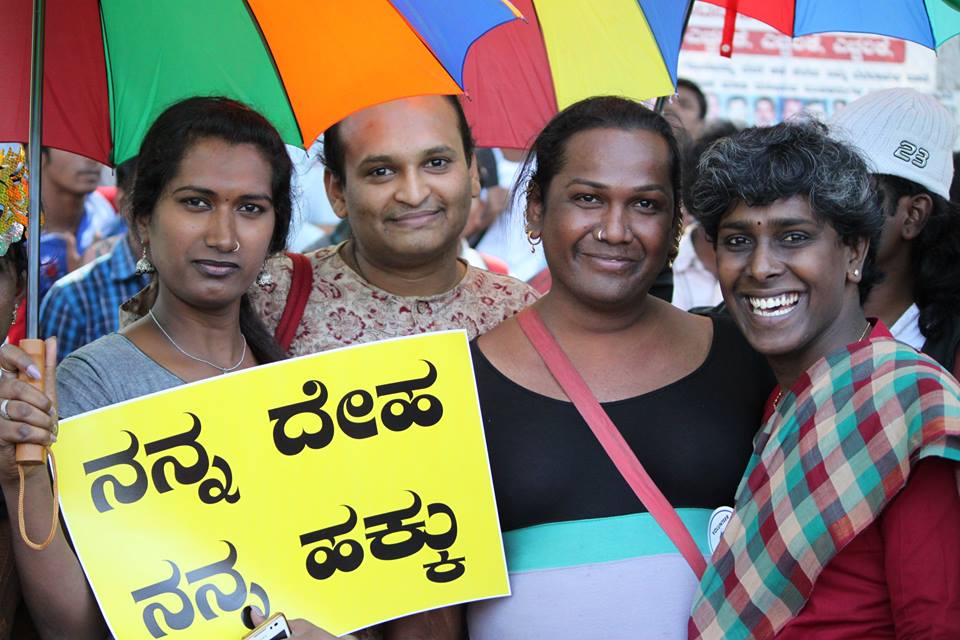 Being a transgender person wasn’t easy, people stare at them and make fun of them but things are changing as people like Akkai come forward for their society with a message.  “I would like to say is I love myself and you should also do the same to yourself. I am proud to be a woman without Vagina, Uterus, Breasts and Periods; challenging the patriarchy made norms. Do not judge but support gender identity, accept sexual orientation the way it is. We are just Human Beings and we are not privileged to decide anyone’s Identity but can only accept what it really is.”

Aren’t we made of the same blood cells and been called as humans? How can someone’s feelings make them the victim of discrimination and defamations? Well, I guess these questions would take years to get answered. However, I thank Akkai and her team for their spirit to fight for their right. Hope with them and many others in the country, things will change.