HomeExclusiveReviewsNirbhaya & Others Who Dared: A Review 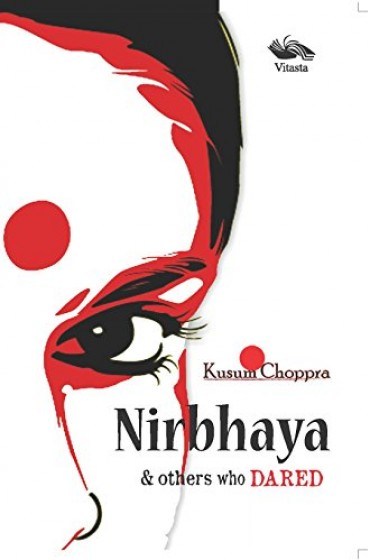 Nirbhaya & Others Who Dared: A Review

Gopi Shah
Journalist at Women Planet
A fighter, Journalist and a budding Sociologist is how I describe myself. I would admire to take readers on the journey of various social issues and put forward my views strongly and convincingly.

The combination of 22 stories, short and crisp have portrayed women as eagles who use their wings to soar on top of the world, a place from where every person putting hurdles in her life would just be seen as a minuscule dot on earth.

Kusum Chopra has revealed the true feminists in her book ‘Nirbhaya & Others Who Dared’. Just like it’s name, ‘Nirbhaya’ (2012 Delhi gang rape victim) survives in the heart of people and so all the protagonists in the stories. You would see Nirbhaya’s case resonating in every story. Some stories even might make us cringe. The stories are inspired from real ones while some are real. Each of the stories put down women by assigning societal rules and tying her to them. The best part is, there are no extraordinary literary jargons used which hits the reader directly.

Some of the things which could have been better is the narration part, which starts abruptly. I had to re-read the stories to find out what was going on, though each story ended with a bang. The usage of small sentences clanged loudly to my mind.

Among all stories, two of them were mind boggling- ‘Lila aur Marathan’ and ‘Jai ma’. While in the former story, a lady inspite of being dumped by her husband does not lose courage nor runs away from responsibilities. The amazing twist in the tale at the end shows how powerful and patient a woman can be. The later one is where the protagonist is the victim of domestic violence, makes her husband realize that he was at fault at the end.

The stories bring out only one common feeling and expression of a woman- Fear.

All in all, the book is a must read for every woman who wants to fight back rather than just being a sufferer and for every man who loves and respects the women in his life.

10 Legal Women Rights We Should Know

Letter From A Daughter To Her Dad

An Affair Of Lips: Science Behind Kissing