> Exclusive > News > Pink Auto Rickshaws, For Women And By Women Now In Mumbai! 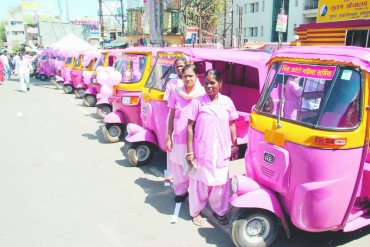 Pink Auto Rickshaws, For Women And By Women Now In Mumbai!

Women Safety has been one of the priorities of any ruling parties in India and they have often reported to initiate several schemes and plans. Some womanly measures happens to be hit while others remain in files. In yet another women safety measures, the most recent one is the ‘Pink Auto Service’, getting a green signal from the Maharashtra government.

Mumbai will see Woman drivers in Pink rickshaws giving preference to women commuters. 548 women have won the rickshaw permits, in a lottery process organised at the Andheri R.T.O out of 1781 permit, while the process of admission is still on. 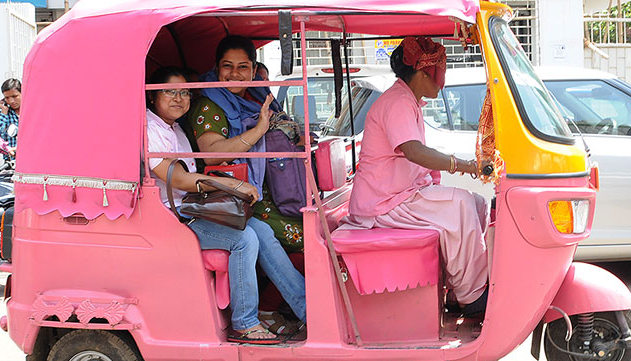 The initiative is not first in India, but definitely first in Maharashtra. The Pink Auto for women was first launched in Ranchi, Jharkhand in 2012 followed by Nirbhaya Gang rape incident. Soon after, Bhubaneswar and Cuttack also launched the services for safety of women. The same was also launched in Gurgaon in 2013. Looking at its speed and success, of course the safety measures, we wish every Indian cities to get the pink benefit.  Image Source

The women drivers have won the permits, only after qualifying certain rules like, mastering Marathi language (speak, read and understand), should have lived in the state for more than 15 years and most importantly the driving quality. The routes will be shared amongst the pink auto drivers. Though women would be given the first favor, men would also be benefited as the introduction of pink rickshaws will hype the total number of rickshaws from 1.6 lakhs to 3 lakhs.

Isn’t it amazing? More empowerment and employment to women, More safety to women and More power to women!