> Exclusive > My Voice > The FB Rainbow DP – Are Indians Really In Support Of Gay Marriages? 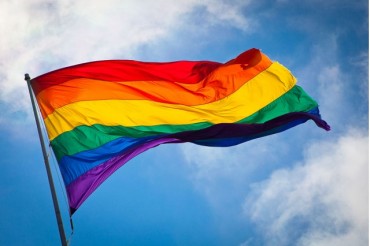 The FB Rainbow DP – Are Indians Really In Support Of Gay Marriages?

I am generally on a social media sabbatical on weekends, so when I woke up to my Facebook profile Monday morning with almost everyone on my list putting a translucent rainbow on their DP, I was a genuinely taken aback! Taken aback for one, I had no US residents in my friend list and two, these were the people who would normally sneer on someone with so much as having liberal thoughts.

For all those wondering, Facebook has invented a rainbow filter for profile picture in support of the recent legalization of same-sex marriages by Supreme Court in the United States. The question bothering me was, why the nation who is known to publicly shy away from sensitive topics like sex, prostitution, rapes & gender dysphoria suddenly supporting legalization of Gay marriages happening somewhere in America?? Moreover US is not the first country to legalize Gay marriages, then why such mass Euphoria? 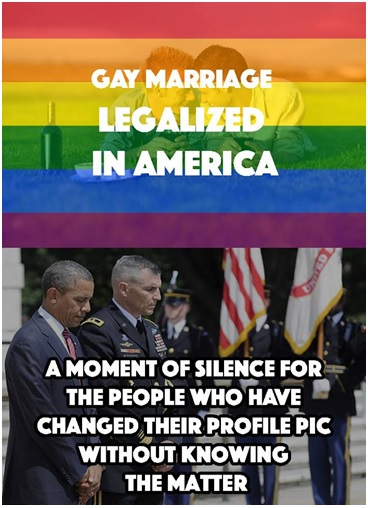 I could have thought people on my list have suddenly had a change of heart, if only I did not know their opinion over liberalization and gender equality, leave alone accepting homosexuality. It is difficult to digest that for a country where Men find it difficult to coerce parents to marry the girl of his choice and finally give up to marry some stranger, is suddenly courageous enough to come out in open about his sexual orientation! The funny fact in this entire episode is that, this DP craze does not in any way demand or pressurize government to change the laws for LGBTs in India. So much for such an uproar?

The only sane conclusion I could make of this erratic event was that not many people doing it care a damn about Gay/Lesbian rights; they just want to be considered cool like others. Either that or they are genuinely more interested in things happening in United States rather than their own country. Sexual Orientation or Gender Dysphoria has never been discussed out in open in our country, leave alone accepted or welcomed. With staggeringly high number of mixed orientation marriages and people forced to marry partners with whom they have no sexual affinity, Gay or Lesbian relationship has always been swept under the carpet in India. What could one expect from a country where matrimonial ads look more like a glorified barter system rather than an initiative to an equal respect relationship?

Where parents of groom demand a “A fair looking cultural girl only from Gujarati vaishnav vanik family” or “Wanted an extremely fair, slim & Vegetarian Brahmin girl who does not drink or wear jeans”  can one expect of one’s family to be progressive enough to marry them in the same sex. In a country where Gotra is more important than values, looks is more important than qualification and attire is more important than character, where courts give justice to rape victims by marrying them to their assaulters’, where marital rape is legal in the eyes of law. Where is there space for women to breathe, leave alone be open about her sexuality or marry another woman? 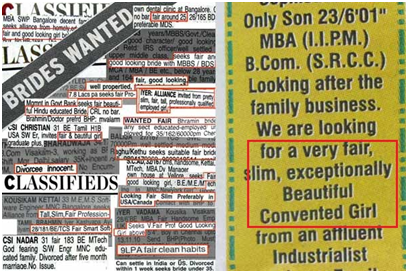 This reminds me of story of Divya from Satymev Jayate who realized she was a lesbian after 10 years of her marriage! This depicts how the system and the society have succeeded in succumbing even the possibility of realization of one’s sexual orientation among the victims of gender confusion. Divya was however lucky that despite her own parents not accepting her being homosexual, her in-laws and husband were supportive and she got mutually divorced from husband. But how many Divya’s out there actually do get this opportunity to let alone raise the alarm but even ponder over their sexual orientation? How many Divya’s still continue to be in a heterosexual relationship despite being a homosexual? How many Divya’s get the support of their family to come out in open about their gender inclination? Sadly, not many!

I would like to ask those with rainbow Dp’s today on their social media, what would they do if tomorrow their son or daughter or son-in-law or daughter-in-law or brother or sister comes to them telling they are gay or lesbian? Would they be equally joyful about the fact as they are today putting up a colorful picture on their profiles? Would they come out in support for their own kids like they are doing for a country they might have never visited? If Yes, then this would earmark an awakening of India. But if Not, then I would once again come back to my initial conclusion of the initiative being nothing more than just a passing fad and people stupid enough to follow it like a pack of herds.

Charity begins at home and so does Awareness! I would rather support someone fighting for their rights in India than supporting some other country’s initiative towards its LGBT community. Not that I am not happy about the change in their laws, but I would be more glad to see that being implemented here in my country!

That’s what is #Patriotism at its Best!

Time To Laugh Out Harder: Mom and Dad’s Parenting Differences!

Dear Mom, Why Did You Stop Loving Me? – A Married Son!

10 Top Monsoon Fashion Essentials For You