> Health > Pregnancy > Do you know Environment can affect your Reproductive Well-Being? 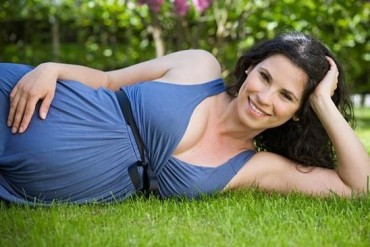 Do you know Environment can affect your Reproductive Well-Being?

Dr. Anagha Karkhanis
Senior Gynaecologist, Infertility Specialist, Director at Cocoon Fertility
Dr. Anagha Karkhanis, Senior Gynaecologist and Infertility Specialist, is the Director of Cocoon Fertility, one of India's leading chains of IVF centres catering to infertility and related conditions.
Dr. Anagha has been working in the field of fertility since 2006 and has been trained in Ireland, India and Germany. She completed her Masters in IVF and Reproductive Medicine from London and was awarded the Diploma in Reproductive Medicine from Germany and the Endoscopy & Minimal Access Surgery Fellowship from Mumbai. She has also been accredited for Infertility Management Fellowship in Mumbai.

One can characterize reproductive health highlighting the physical, social, cultural, biological and socioeconomic factors in a person’s s environment. There are a multitude of factors that can have an influence on the female and male fertility rate, right from aspects like nourishment, weight and physical health to emotional anxiety and usage of medications, all manage to impact a reproductive health. One key influencer that women must progressively take into account is the environment and surroundings in which they thrive. Ecological elements like air pollution, dust, waste, pollutions, and emissions of harmful chemicals from the industry have been majorly associated to wreck a women’s capability to conceive and have a healthy pregnancy.

Air pollution hampering a women’s reproductive health: The growing urbanization in modern times has contributed to a strategic increase of workplace and industrial pollution, as well as materials that are used commercially or in the residential areas. These are responsible for causing major threats to an individual’s healthy living. Exposure to harmful substances like lead, for example, is related to fertility damages in both women and men, as well as with the jeopardy of spontaneous abortion and stillbirth; furthermore, being exposed to mercury in certain forms may lead to birth defects and neural ailments. A host of solvents are responsible for spontaneous abortion rate and birth imperfections, and some of these constituents may be a factor in hypertensive illnesses during female gestation and male infertility. One’s reproductive health and overall well-being can also be immensely impacted by toxic pesticides and poisonous chemicals. The airborne pollutants encompass tiny bits of heavy metals, which might impede with the hormone systems that are essential for reproduction; pollutants also have the ability to change or disturb DNA and other genetic substance in the sperm and eggs. The hazards associated with these pollutants also continue past the fruitful start of a pregnancy, as well—excessive contact to these pollutants has been to both higher rates of preterm birth and augmented chances of low birth weight as the concentration of pollutant upsurges.

The quality of air inhaled throughout the gestational phase has been recorded to impact the peril of low birth weight, preterm birth, restriction in foetal growth, and in worst cases foetal and infant death. Enhanced maternal exposure to sulphur dioxide and particulate matters during the last six weeks of pregnancy has been related to an amplified risk of preterm child delivery. An increased risk of foetal growth constraint has also shown to be linked with parental exposure to sulphur dioxide, nitrogen dioxide, and carbon monoxide during the first few months of pregnancy. 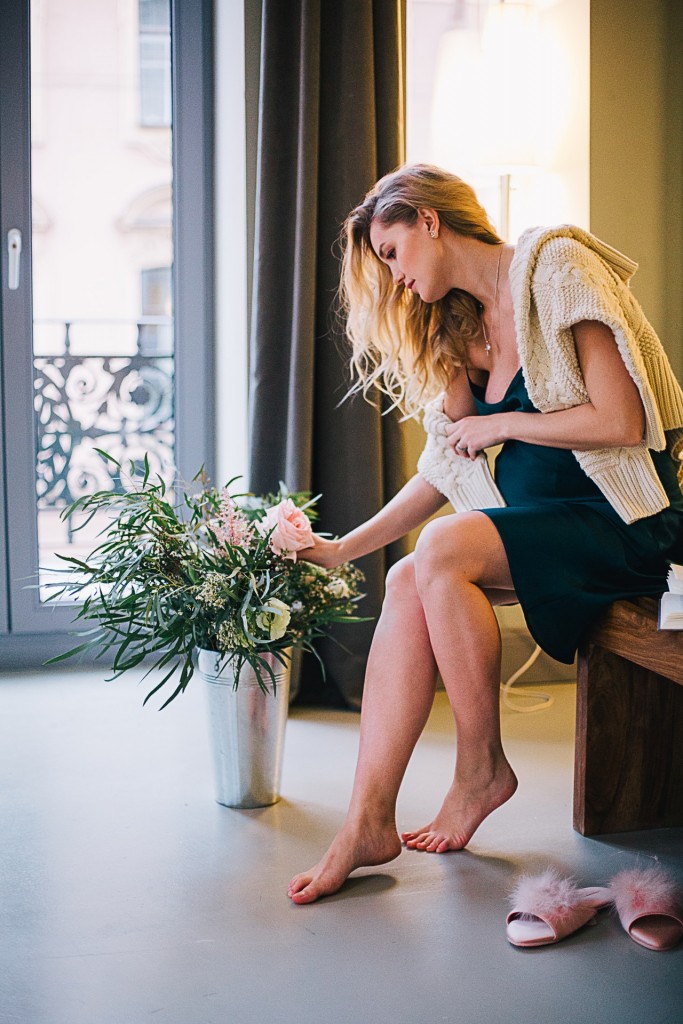 Metal Exposure: Being exposed to metals will escalate the danger of adverse birth outcomes. The exposure to heavy metals like cadmium, mercury and manganese causes increased risks of birth malformations and foetal growth restriction. Arsenic and lead indicate an increased occurrence of low birth weight and preterm birth.

Particle Pollution Is Unsafe for to-be mothers: Particle pollution, a mixture of lethal particles both solid and liquid that drifts around in the air, is one of the main causes hampering one’s reproductive health and can also lead to various illnesses. Although this can shower its adverse impacts on any individual, an expecting mother and her baby can often be hit the hardest. This contaminated particulate matter leads to irritation in the lungs, eyes, and throat, making it problematic to breathe. While it is possible to cough and sneeze the larger particles out of the body, the smaller particles tend to get stuck in the lungs and slowly make their way to the bloodstream.

Being exposed to chemicals and man-made compounds: The direct contact with possibly destructive chemicals is another increasingly common health concern in the contemporary world, chiefly for women who are trying their best to conceive or are presently expecting. Carbon-based contaminants and endocrine-disrupting chemicals present in the environment have a negative effect on both male and female fertility. These man-made compounds are present in materials such as metals, pesticides, food seasonings, and personal care products. Human contact to these harmful elements commonly happens via food ingestion, dust and water, the breathing of gases and particles in the air, and through the skin. Both man-made and naturally occurring constituents that appear to hamper with hormone synthesis or action are among substances whose impacts on reproductive health are strongly advocated.

Along with shifting the reproductive function in both males and females, EDCs can be shifted from mothers to children via the placenta in the mother’s womb and also through breastfeeding. Taking into consideration the outer elements that impact female fertility rate, overall health, as well as the growth and well-being of babies and children, it is mandatory for women to be conscious of the surroundings in which they live. Chemical exposures are present in the edibles that we consume, the water we drink and the air we inhale. Their consumption can be avoided by cleaning all produce in water, consumption of pesticide-free foods, avert heating plastic in microwaves, and also avert cooking in Teflon pans. 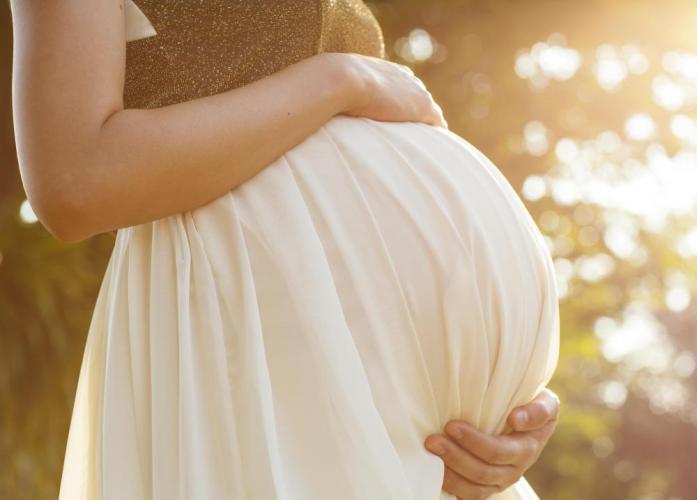 How to Curtail Environmental Risks

Luckily, the effects of many environmental hazards can be mitigated or even evaded totally. Thanks to augmented mindfulness of the effects of various health ailments and psychoactive materials, mothers-to-be are now able to safeguard a healthy living that is free from detrimental substances by the time they conceive a baby. While conservational menaces pose a definite threat to the developing foetus, they do not always cause impairment. The impact of such hazards comprises the communication of a number of issues, including the timing of the exposure, the period of the exposure, and likely hereditary susceptibilities that may be present. Not only giving the required attention in lessening the hazards linked with these environmental toxins are extremely crucial but also a good prenatal care is equally vital to have a healthy pregnancy.

Menopause – Myths And Facts Every Woman Should Know About

The Hormonal Play In Fertility! 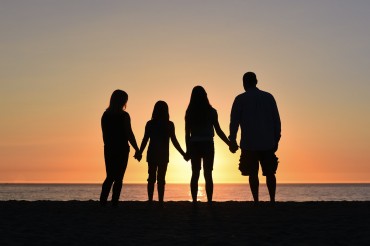 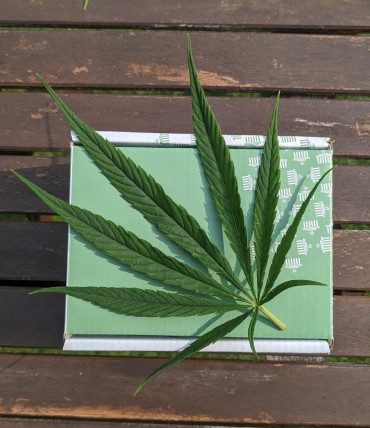