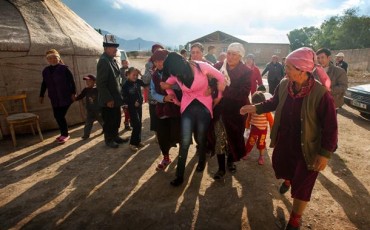 A Troubling Tradition: Kidnapping Women For Marriage In Kyrgyzstan!

From not allowing the Borneo newly weds to use the washroom to giving away women as an sex objects to Sudan army, from Nigerian Female Genital Mutilation to banishing women in period, from pushing new bride to prostitution as a ritual to breast ironing in Africa we have seen all! Also the nightmare Taharrush Jama’i’ !! Now this is something new to add on to the above mentioned unbelievable and unacceptable practices – Bride Kidnapping in Kyrgyzstan, A TRADITION!!

More than half of the women population in the country are kidnapped and then are married forcefully. Though ‘Ala Kachuu’, is a crime under criminal code 154 -155, anyone is rarely prosecuted. People think  they are just following their ancestors tradition. Men believe that if they wouldn’t kidnap, they would never get married at all while some girls wants to be kidnapped as their parents oppose their marriage. 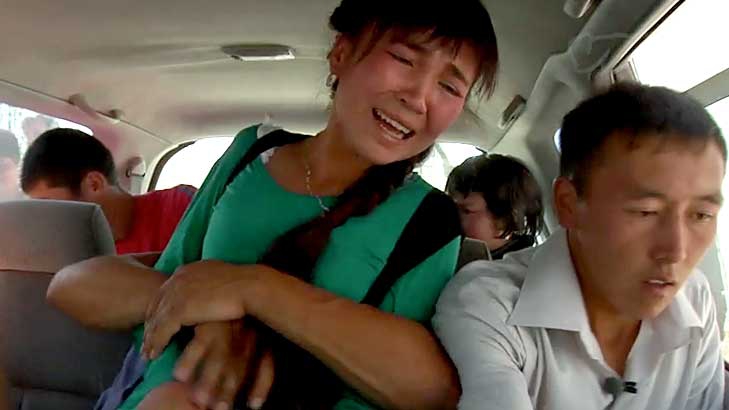 Altanay Baygashkaeva is one of those women who couldn’t fight this brutal practise. It was already evening and she was going to close the shop. A man walked into the shop and said that he has come to visit relatives in the village and as the shop was on the way, he had stopped by.

Altanay was screaming, kicking when they abducted her, but they made their move and drove her in a speeding car. When the car stopped near a house, the man gave a signal and all his family was pre-prepared! Women from the family forced her out of the car and then dressed her in robes. They then asked her to write a letter to her parents, while they dictated it “Dear Parents, I have been dating him for a long time, I love him, and I want to live with him.” 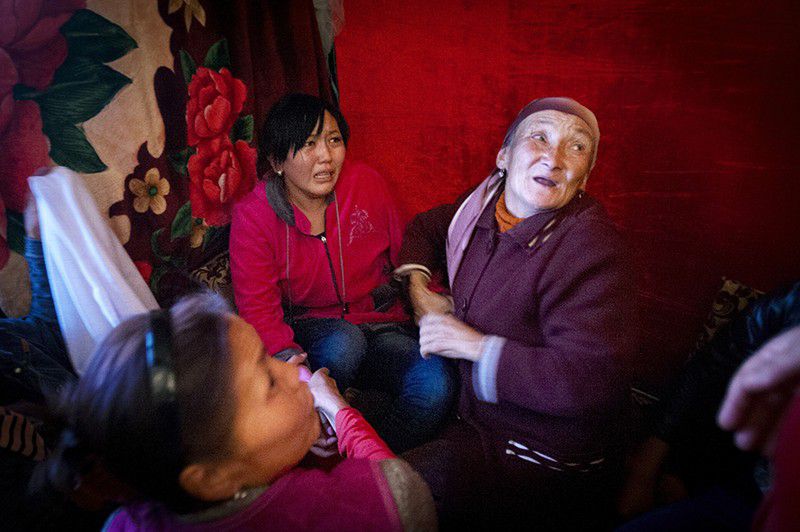 “I never thought I would be kidnapped, My plan was to graduate from university and marry my lover. But when I was kidnapped I thought it was my destiny, I should stay.” “I thought it is a Kyrgyz tradition  – Ala Kachuu.”

Altanay was kidnapped when she at 18. She became pregnant after 6 months and was kicked out of the house by her kidnapper husband and his mother. Later her husband married another woman after forcing altanay a divorce. Bride kidnapping was considered as a revival of Kyrgyz tradition and identity after the collapse of Soviet Union of Kyrgyz independence. The tradition is violating women’s rights and the same message is being spread across to young men and women in the country.

While the tradition has affected thousands of lives, there are women were once abducted, forcefully married and are now living a happy life; however their husbands, who once kidnapped their wives are against if their daughters are being taken away like that. Asiel Dykanova, a doctor from Tepke village has the same story – she is happy with her husband, has three children and doesn’t want her daughter to be kidnapped and married. However, her husband says, If the family of the kidnapper is good I have no choice but to send her, it’s a tradition. If his daughter is unwilling to go, he would take her back home.

We hope activists who are spreading the peaceful message against this illogical tradition goes wider so much so that young people disbelieve in  ‘Ala Kachuu’.